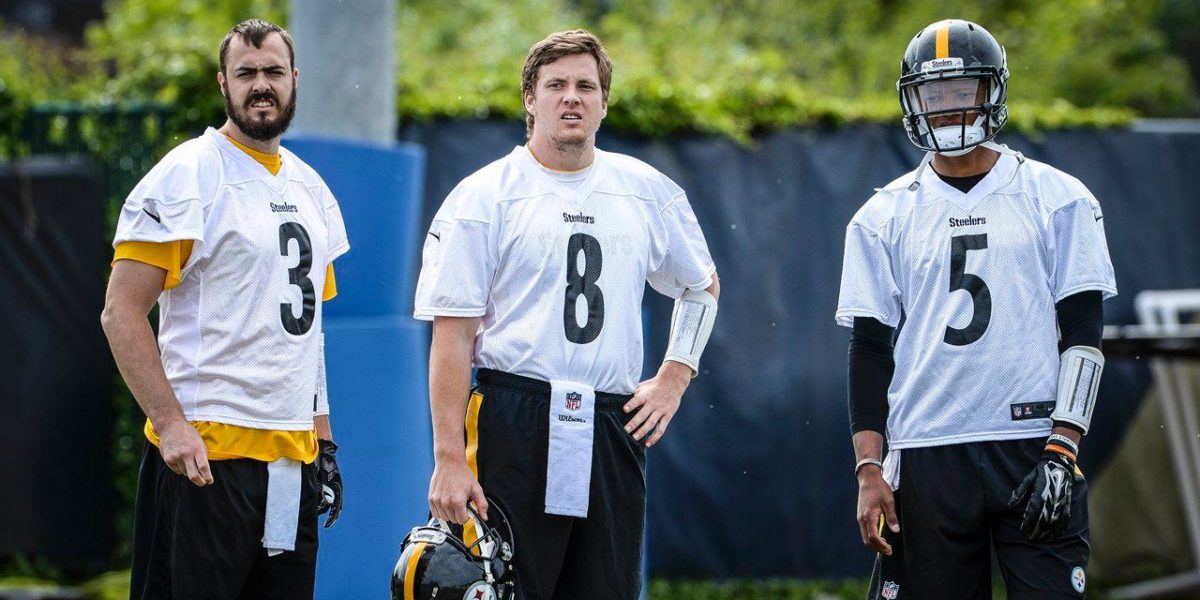 Who will backup Big Ben this season?

This season, the Steelers will have an interesting matchup that everyone will be watching: the battle over who will backup quarterback Ben Roethlisberger. The two candidates are “veteran” Landry Jones, and rookie Josh Dobbs from the University of Tennessee. The decision will come last, but first, a breakdown of what we know, so far!

We’ll start with the vet, Landry Jones. Jones has been with Pittsburgh for four seasons and has racked up a total of 1,071 passing yards, with 7 touchdowns and an 82.8 passer rating. These numbers look okay, but six interceptions in only four games raise cause for concern. On the field, Landry has shown signs of greatness, and also signs of lackluster play. To call him either a steal or bust is unfair, as there’s not a large body of work to draw from.

The one thing we do know is that Jones has performed better , statistically, than any of Roethlisberger’s other backups during his career. In fact, his numbers are nearly identical to Charlie Batch, but does that make him Big Ben’s backup?

Joshua Dobbs was drafted this year in the fourth round out of the University of Tennessee. His college stats showed signs of greatness, completing 614 of 999 passes and throwing for over 7,000 yards in 37 games. Not only did he show poise in the passing game, but he showed great effort in the running attack as well, rushing for 2,160 yards in his collegiate career.

Dobbs is a literal rocket scientist when it comes to book smarts, and has a canon of an arm and the ability to extend plays, much like the passer he’s looking to learn from. This prospect shows that with his size and athletic ability, he could become a force to reckon with in the NFL. The only thing yet to be seen with Dobbs is how he plays at the professional level.

With that being said, my prediction on who backs up Big Ben this season may surprise some people.

With this debate being such a big deal to the Steelers Nation, I’ve come to the conclusion that, for the moment, Landry Jones needs to be named the backup. He has playing experience and his time in offensive coordinator Todd Haley’s offense can’t be understated. If Dobbs performs at a high level in the preseason, it would be hard to look past Landry’s past troubles. But for the time being, Jones is the answer, as Dobbs needs time and experience.

How do you feel about the backup quarterback situation? Make sure you let us know by leaving a comment below.

4 responses to “Who will backup Big Ben this season?”