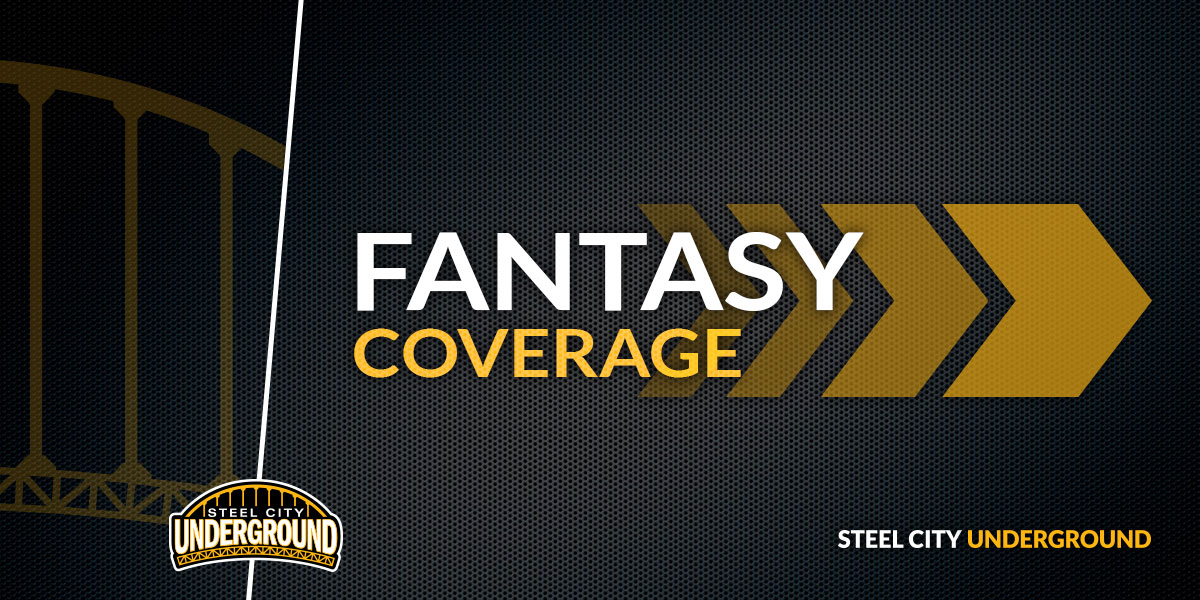 With the Steelers sitting at 5-2 and in first place in the AFC North, the team will travel to Detroit to take on a Lions team desperately trying to get healthy after having their bye week. The offense finally seems to be clicking, meaning the Steelers could once again be in for another big day. But that doesn’t mean every player is a sure thing. So which players should you start and which ones should you sit this week in fantasy football?

Big Ben has been better on the field after his horrific performance against the Jaguars, but that doesn’t necessarily mean that he is in a position to be starting in your fantasy lineup. As the Steelers’ offense has regained their ground dominance, the team has been relying less on Roethlisberger to air it out. He figures to be in the QB2 range this week, meaning that you should look elsewhere for a starter.

Even if Le’Veon Bell wasn’t putting up gaudy stats, his league-leading average in touches per game is enough to keep him as a bona fide starter. But when you consider just how productive Bell has been this season on the ground and as a receiver, there should be absolutely no reason to keep him anywhere except as your elite RB1. This offense operates through Bell and that doesn’t seem to be changing anytime soon.

While the Steelers don’t air it out as much as they have in previous seasons, one thing can be certain: Antonio Brown will eat up a large chunk of the targets and receptions, no matter what the matchup. While Darius Slay is a highly talented cornerback, Brown is a must start receiver, no matter what the matchup. As Roethlisberger’s long-time favorite matchup, feel comfortable about always starting Brown.

Just in case you’ve been under a rock all week… This should go without saying. Bryant spent all week on the scout team and will be inactive this weekend.

If you have been stashing Smith-Schuster this season, Week 8 might finally be the time you can debut him in your lineup. With the benching of Bryant, the fan favorite and quickly rising rookie will have an expanded role that we have seen grow in recent weeks. As his chemistry with Roethlisberger has developed, we have seen him make plays and develop a niche in the offense. Smith-Schuster likely won’t have huge stats, but being a player that receives attention from Big Ben in the redzone merits starting considerations. Consider Smith-Schuster a decent flex player this week with the potential to be more as the season progresses depending on the Bryant situation.

Here’s an extremely sobering fact: Jesse James has received zero targets over the last two weeks. ZERO. While a large portion of this has to do with Vance McDonald‘s increased role in the offense, it is becoming evident that James is being used solely as an inline blocker for the offense when on the field. Even though McDonald has been ruled out for this weeks game with a knee bruise, it is hard to imagine James having an increased chance at a bigger stat line with the the Steelers relying so heavily on the run game. Keep James on your bench (or even better, on your waiver wire).

The Steelers’ defense has been one of the biggest revelations in the NFL this season. Ranked as the #2 defense in total defense, as the #1 pass defense, and tied for #2 in sacks, this has been one of the leading reasons the Steelers are in first place in the AFC North. Against an injury riddles Lions offense allowing the third-highest sack rate in the NFL and being forced to play from behind during most of the season, the Steelers’ defense should be in a position to have another solid showing. Start them as one of the better defensive fantasy matchups this week.

As we saw last week, Chris Boswell continues to be one of the biggest parts of the Steelers’ success over the past two seasons. While Boswell won’t be mistaken with powerful legs like Justin Tucker or Matt Prater, his consistency on field goals and extra points means you shouldn’t worry too much about his ability to convert and put points on the board. With the Steelers’ offense often stalling out in the redzone, Boswell sees enough opportunities to consider him a weekly fantasy starter. Add in the fact that this game will be played indoors, and this matchup quickly becomes a no-brainer.