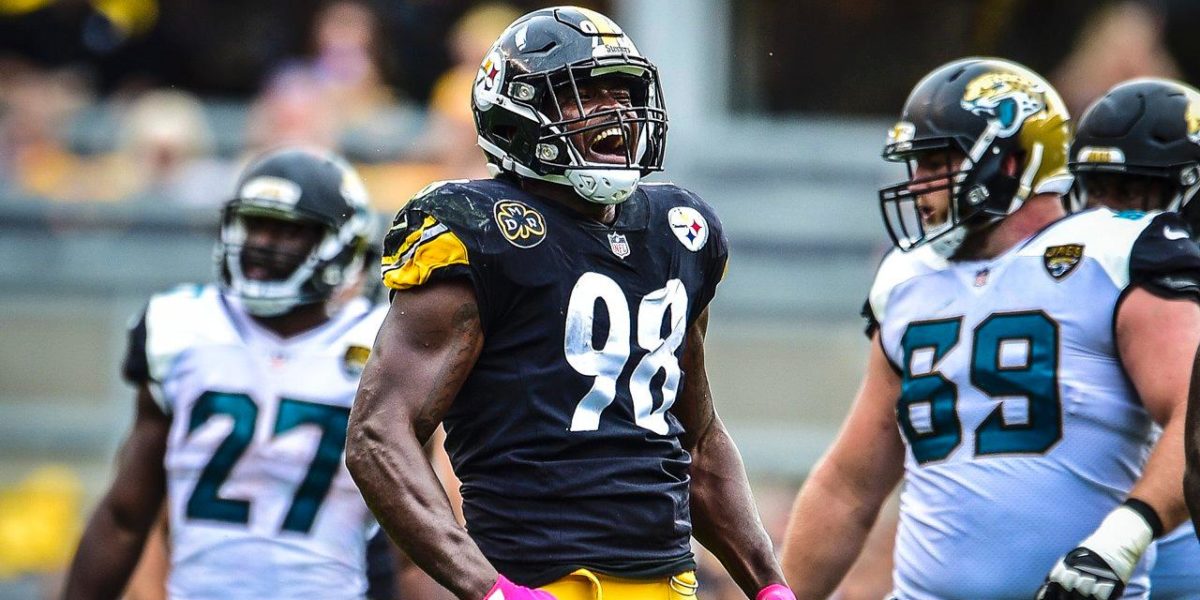 2017 SCU Awards: Steelers Most Improved Player of the Year

Steel City Underground presents the 2nd annual SCU Awards. Our panel of contributors all voted on various awards for the Steelers with the player getting the most votes being the winner.

Each article will have the list of nominees with one of our contributors stating their case for why that player earned their vote and deserves the award.

The most improved award isn’t a participation trophy or a sympathy award, it’s much more than that. It’s about a player who made a major leap in 2017 and played a considerable role for the Steelers. If not for this players improvement and contribution, this team would’ve been much worse off.

This award goes to a player who many had expectations for going into the year but still had to prove himself despite having doubters.

Here are the nominees…

Our decorated US Army Captain, now Steelers 2nd year starting offensive left tackle has gone from a futures contract in 2015 to Pro Bowl selection in 2017. According to PFF, he is a top 20 offensive tackle and top 5 in playoff games. He is one of the most respected and beloved and popular players on the team, Not only for his selfless team-first attitude but also his stance on the national anthem and being credited with the “Dilly Dilly” audible in a regular season Thursday night game vs Titans.

Two years ago, the Steelers were down their starting right tackle Marcus Gilbert and their backup swing tackle, Ryan Harris. Prepared to play against some high caliber teams such as the New England Patriots, the only person left on the roster to fill into that role was a backup guard/center, Chris Hubbard, who wasn’t even the primary backup for those spots either.

Steelers Nation cringed after seeing how ineffective Hubbard was during that preseason, but he not only came through in a pinch but was solid enough to possibly become the starter.

Hubbard slid into a role of a third lineman/tight end used in jumbo run packages and carried that momentum into this season where he was called upon to replace Gilbert for injury plus a four-game suspension. He was the most unlikely of any player who saw starting time.

For my money, Vince Williams flashed the year before too in relief of Ryan Shazier. However, we knew he was going to become a starter when Lawrence Timmons wasn’t brought back. Williams is also playing his natural position whereas, Hubbard barely played tackle in college, let alone professionally.

Kudos to Chris for finding his niche and possibly parlaying that into another, better paying, contract.

Vince Williams was a guy many felt would never be a difference-maker on defense. After speaking to him before the 2017 season, however, I noticed he had an inner drive and energy that could translate to a nice boost in performance.

Williams may have been considered the natural replacement to Lawrence Timmons, but that really did not happen in the way many predicted. He worked hard during the off-season and admittedly wanted to outshine Ryan Shazier, who he saw as immediate competition for a starting spot (by his own admission). Instead, Shazier helped push Williams and their friendship created an on-field performance that was much improved. They gelled into a one-two punch that gave the Steelers defense “pop”.

Williams was shaken badly by Shazier’s injury but pushed himself to achieve the goals the pair had made ahead of the season. As a result, 2017 was Williams’s best season: 7 sacks, 64.5 total tackles (56 solo). By comparison to Luke Kuechly (who missed the same number of games) Williams was ranked 78.0 to Kuechly’s 66.0 in fantasy value and just 3.0 points behind Blake Martinez (81.0) who led the ILBs in the league in tackles. Granted, fantasy value isn’t a true measure of play, but Williams had more sacks than the next three closest ILBs in the NFL respectively: Demario Davis (5.0), Wesley Woodyard (5.0) and Christian Jones (2.0). Per NFL regular season stats, Williams had the most sacks at the ILB position, was ninth at the position in total tackles, and added an interception to his stat sheet.

Who is your pick?

We’re currently accepting fan submissions over on our Twitter poll. Choose your pick below.

Our 2017 SCU Awards are underway!
Today we chose the #Steelers Most Improved Player of the Year
Who is yours? (Vote below)