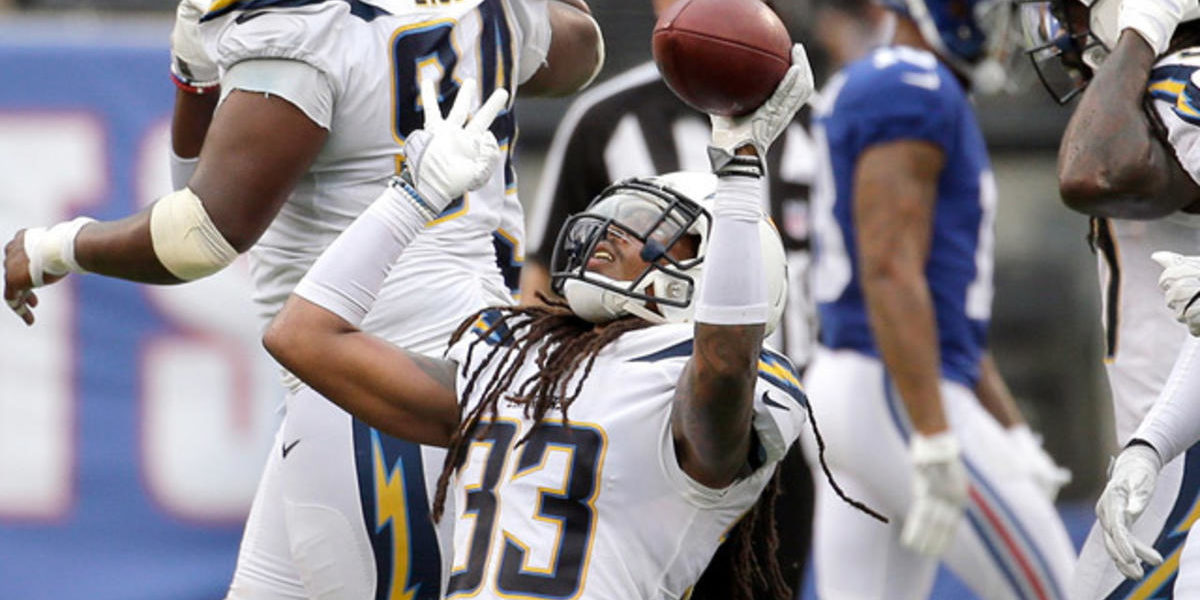 Could Steelers be the next batters up for Tre Boston?

A lot has been said over the past few weeks about the Pittsburgh Steelers and the safety position. The tandem of veteran Mike Mitchell and second-year man Sean Davis looked encouraging to start the 2017 season, and the cause for concern was minimal. However, it became clear as the year progressed that Pittsburgh could be in the market for an upgrade after big plays over the top were once again a problem for Pittsburgh.

Now, despite what some fans believe, Mitchell and Davis are not to blame for every single successfully executed pass play. On the other hand, you need more splash plays and turnovers out of your safeties than what Pittsburgh has gotten lately. Davis recorded three interceptions in 2017 (none of which were really that impressive) and Mitchell accounted for none. I really wanted to avoid using the “P” word in this article, (because no one is comparing him to anybody here and he’s the G.O.A.T.) but after years and years of Troy Polamalu and his knack for causing turnovers, the city of Pittsburgh yearns for another type of ball-hawking playmaker. There is no “next Troy Polamalu” but there is certainly reason to suggest that the Steelers can do better at safety.

This year’s draft class has been billed as more of a “box safety” class, with players like Marcus Allen of Penn State meaning, most of the talent at the position is better suited for a role close to the line of scrimmage, making tackles in the run game and blitzing. The Steelers need a guy who can play over the top in a “center fielding” type of way. There are some safeties in this class that fit that description, but the question is: will they be there at pick 28, or at pick 60?

Derwin James (the consensus best safety prospect in the draft) out of Florida State figures to be off the board by 28, and Deshon Elliott (a long, rangy, ball-hawking type) will likely be gone by 60. Elliott could be in play for Pittsburgh at 28 if he crushes the NFL scouting combine coming up in a week, but for now, we will assume Elliot is more of a Day Two target.

So, where can the Steelers turn for the time being? I say, turn to an NFL veteran coming off his best season. As a matter of fact, Pittsburgh and general manager, Kevin Colbert, are no strangers to this strategy. Both Ryan Clark (2006) and Mitchell (2014), who played free safety, were signed by the Steelers via free agency when they were thought to have been entering the prime of their careers. Could history repeat itself for a third time with the Steelers stepping up to the plate?

Four-year pro, Tre Boston, could be just what the doctor ordered for Pittsburgh. After playing his first three years in Carolina, he made a few free agent visits prior to singing to a one-year deal with the L.A. Chargers last offseason. According to his personal twitter account, Pittsburgh was one of the stops Boston had made.

Looking back on how inexpensive he was for the Chargers, and all the plays he made for them, I really wish Pittsburgh had pulled the trigger last year and inked Boston to a deal right then and there.

The former North Carolina Tarheel fits the description of exactly what the Steelers need. He’s got the range over the top and above average ball skills were on display as he recorded five interceptions and 56 tackles in 2017; both of which were career highs.

That’s both good and bad for Pittsburgh fans. It’s good because if the Steelers were interested in Boston before, they almost certainly will be again this offseason. The bad news is since he went and had his best season by far in 2017, his price tag has assumingly only gone way up. In fact, look for Tre Boston to be one of the more sought-after players on the market.

It will be up to the Steelers and the heads in the front office to decide whether or not they can afford to make a move for Boston, obviously. There has been a lot of chatter about a possible release of Mitchell and J.J. Wilcox (and I feel Wilcox will be gone). It would be a surprise to me if Mitchell was let go, but that move would free up the required space to go after someone like Boston.

I don’t think Pittsburgh has enough wiggle room to go after anybody of Boston’s caliber just yet, but a few dominoes have yet to fall. Will Le’Veon Bell be franchise-tagged or signed to a long-term deal? Or neither? Will Joe Haden and his huge cap hit be a part of the 2018 Steelers plans? Is Mitchell’s time up?

Will the Steelers be the next batters to take a swing at Boston after they missed and struck out in 2017? All of these questions still need answers, but it’s sure fun to talk about.