I have an idea so crazy, that it may just be genius. A big story in the news over the past few months is where Amazon will be building their newest headquarters. Cities all over the nation submitted their bids, one of these cities being Pittsburgh. The benefits of Pittsburgh hosting a company like Amazon are astronomical, and in order to give the city an edge over the rest, the Pittsburgh Steelers need to step up and help their city.

The team needs to be renamed to the Pittsburgh Primes.

Here are five reasons why this seemingly crazy idea makes all the sense in the world.

The Steelers being renamed to the Primes would bring consistency to the city of champions instead of one team sticking out like a sore thumb. And being that Pittsburgh is an old-school, blue collar town, I’m sure the residents would agree that it isn’t right for one team trying to be a hipster and stand out from the rest. Life’s a lot easier when you conform.

What also makes this move seem obvious is that Amazon’s color scheme is already black and gold. This would create a seamless transition and would allow the Steelers/Primes to maintain their classic color scheme. The only change needed would be the logo.

Here’s a mock-up of what It could look like: 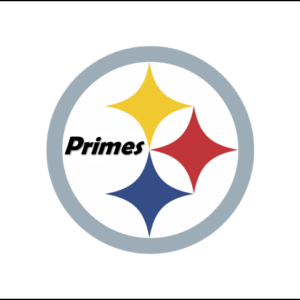 Drones people, drones! Sure Amazon has other technologies the team could implement into their stadium, but none are as game-changing or sexy as drones. Just picture it…

It’s a cool November night at Heinz Field. Pittsburgh is hosting their rival the Baltimore Ravens. It’s the 4th quarter, final minutes of the game, all tied up and the Steelers are driving down the field to try and win it all. The crowd is chanting and the air electric, and only one thing can make this moment better… a Bud Light.

You look down the row to your left, you see big Jerry – you don’t want to have to squeeze by his big belly and have him spill beer on you. You look to your right and see Karen, a Steelers loss would be arguably better than listening to her blab about her kids.

So what do you do when you don’t want to interact with any of these people AND don’t want to risk missing any big moments? Simple. Open your Amazon app, order a cool refreshing beer, and have it delivered to you via drone within seconds.

Everybody knows the Steelers mascot is pretty ridiculous. Sorry Steely McBeam, but nobody likes you.

You’re not cute or scary, the only thing you threaten is air quality because of all that pollution you caused. Bye!

With the name change can come a brand new mascot. I’m not talking about a delivery man or a shipping box as a mascot, I’m talking about an Amazon. If you’re hesitant about this new mascot, then there’s only one thing you need to know… you know who’s an amazon… WONDER WOMAN.

Yes, the Pittsburgh Primes will have Wonder Woman has their mascot. And if you think Wonder Woman is less cool that Steely McBeam, than you’re a lost cause.

Finally, bringing Amazon to Pittsburgh would bring a ton of revenue to the City of Pittsburgh and to the Steelers/Primes. Think of all the thing the team could do to this money.

They could turn Heinz Field into a dome, because who wants to sit in the freezing cold? Sure some people like freezing their privates off for the sake of “nostalgia” but the vast majority would choose the coziness of a dome every time.

“Alexa, order me a bud light and some nachos”

“Alexa, how much are the Brown’s losing by?”

“Alexa, alert security that Jerry in Seat 10 is drunk and harassing people again like a jagoff”

And most importantly, the team could use that revenue to finally sign some big name free agents! Ndamukong Suh? Sure why not. Odell Beckham Jr? Let’s do it! Fans are tired of the Steelers scraping the bottom of the barrel in free agency, and with this partnership, the team will have more money than ever before.

I hope I’ve enlightened you all with this article. Sure the idea sounds crazy, but if you take a step back this move is an obvious one. The perks are endless and there is virtually no downside to the move. We all love our beloved Steelers, but I have a feeling we’ll love the Primes even more.