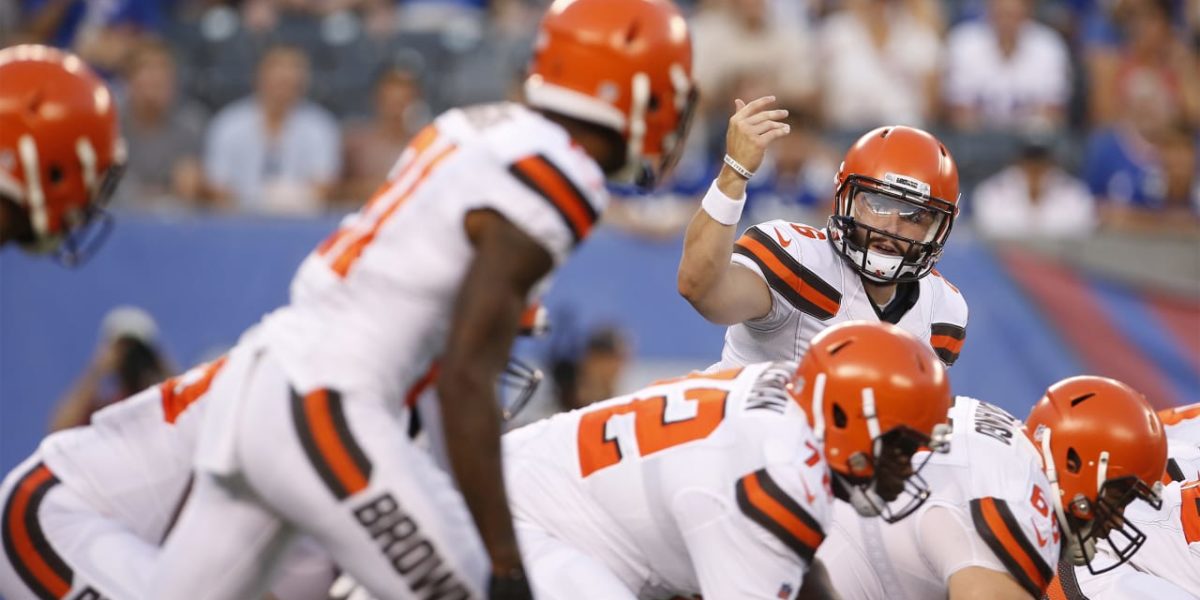 How far has Cleveland sunk? Browns fans get free beer for their first victory

Just when you thought a 1-and-31 record over the past two seasons was bad enough, Anheuser-Busch, the official Bud Light beer of the Browns, announced that fans will get free beer after the first Browns’ victory.

What has this team come to?

Anheuser-Busch did the same thing for Eagles fans during their Super Bowl parade, but that was for winning the World Championship… How bad does a team have to be that beer is an incentive for fans to keep watching a professional sports team?

You’ve stood by us through it all. We love you for it, and so does @budlight.

These special fridges will unlock celebratory beers when we get our first regular season “W”.#VictoryFridge pic.twitter.com/LgsGNabMpt

How this works: on Tuesday, Anheuser-Busch began placing eight-foot “Victory” fridges into 10 Cleveland-area bars filled with Bud Light. When the clock hits “zero” at the end of their first win since December 24th, 2016, a Wi-Fi-connected lock will unlock and the chains will fall, giving fans free beer for everyone in the bar. Fans must also be in the bar when the clock hits zero to receive the beer.

I cannot fathom being a fan of a professional sports team that loses so much, the biggest thing fans will look forward to, after losing 31 games in two seasons, is that they will get one free beer after winning their first game. Many officials around the Browns organization said that they are “rewarding” their fans for their loyalty.

First of all, this “prize” is for the people who are not even at the game, spending money on the organization, and sitting through the losing. The prize is going to the fans who are at a bar, and not at the actual game. What will be more incentive, watching the first win in almost two years in person, or going to a crowded bar each week to just potentially get one free beer?

Obviously, we are nowhere near satisfied with our win totals in recent seasons, and our fans deserve much better.

Their version of much better is one win and a free beer? Most teams are trying to make the playoffs and win the Super Bowl, but the Browns are focused on winning one game. How much humility does this organization have to go through?

Apparently more, because that doesn’t include the entire story. Officials specified that the beer will be changed monthly, if necessary, in order to make sure the product stays fresh.

Basically, they are saying that if the Browns keep losing and multiple months go by, they have a plan to make sure the beer stays fresh… The Browns are so used to “taking the L,” that they have a plan for if they keep up that losing streak.

The Browns organization see this as a positive spin on a bad circumstance, but the rest of the league just keep laughing. I’m not sure how Browns feel about this, but if I had the unfortunate circumstance of being a Browns fan, I would think this is even more humiliating. Now, all we have to do is wait and see how long those beers will sit in those locked fridges.