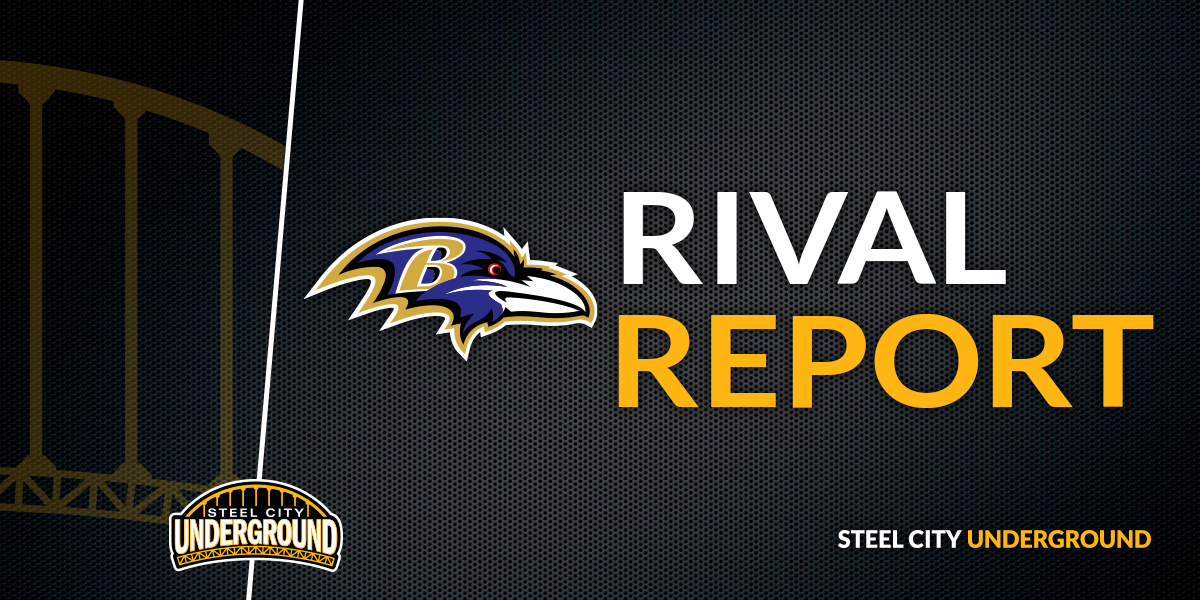 Rivalry week is upon us once again Steelers fans! Our Pittsburgh Steelers will face off against the Baltimore Ravens on Sunday at 8:20 pm (Eastern). The Ravens come into this one following an impressive 27-14 victory over the Denver Broncos. With that victory, the Ravens improved to 2-1 and are tied for first place in the AFC North with the Cincinnati Bengals. As the Steelers come into this game off a solid victory as well (over the Tampa Bay Buccaneers), this should be yet another physical, hard-fought rivalry game. With that being said, let’s take a look at this week’s opponent.

The Ravens have several key injuries to monitor leading up to Sunday, most of those being on the defensive side of the ball. Linebackers C.J. Mosley (knee) and Terrell Suggs (knee) are listed as questionable for this Week 4 matchup. Luckily for the Ravens, Mosley was able to have full participation in practice on Wednesday. However, Suggs was not able to practice.

On the offensive side of the ball, tackle Ronnie Stanley and tight end Hayden Hurst are both listed as questionable with foot injuries. Stanley missed practice while Hurst was limited. Backup quarterback Lamar Jackson also missed practice on Wednesday due to an illness.

Baltimore’s Offense Is Relying On The Arm Of Flacco

While the Ravens’ offense hasn’t exactly been jumping off the charts, they have been doing just enough to win football games. This offense has been led by quarterback Joe Flacco, who has plenty of pressure on him with first round pick, Lamar Jackon, sitting behind him waiting for any opportunity that arrives. Flacco has answered that pressure with a pretty solid season so far. He has thrown for 889 yards, six touchdowns, and only two interceptions through three games.

His main target has been newly acquired wide receiver, John Brown. Brown has been a pleasant surprise for the Ravens so far this season, accounting for 12 receptions for 222 yards and two touchdowns.

Unfortunately for this Ravens offense, they haven’t had much of a running game this season. They have split carries between Alex Collins and Javorius Allen. Collins is the leading rusher between the two with only 116 yards and two touchdowns on the season.

The Ravens Defense Has Been Extremely Impressive

As has been the case for as long as I can remember, the Ravens are a defensive team. They have the top defense in the league right now, only giving up 273 yards per game of total offense. This defense has also only allowed 17 points per game so far.

In the passing game, this defense has been extremely successful. They are second in the NFL in passing defense, allowing only 169.3 yards per game through the air. The Ravens have also only allowed four passing touchdowns on the season. This secondary is led by very solid veterans in safeties Eric Weddle and Tony Jefferson, along with corner, Brandon Carr. They are joined by second-year corner Marlon Humphrey who has had a solid career so far. Jefferson and Carr lead the team in interceptions with one apiece.

The run defense of the Ravens is less impressive than the passing defense but is still impressive. They rank thirteenth in the league in rushing defense, allowing 103.7 yards per game. They have only allowed two rushing touchdowns on the season so far. The front seven of this defense is led by linebackers Terrell Suggs and C.J. Mosley, who are joined in the linebacker core by Patrick Onwuasor and Matthew Judon. Their defensive line consists of Brandon Williams, Michael Pierce, and Brent Urban. Linebacker Kenny Young leads the team in tackles with 17 on the season.

Regardless of how either team is doing so far, games between the Steelers and Ravens never disappoint. I don’t believe that changes on Sunday. This will be a very physical match up and down to the wire. Ben Roethlisberger has had a hot arm for the Steelers so far but he has yet to play against a defense of this caliber. If this defense can put pressure on Roethlisberger and take away the passing game, the Steelers could be in trouble. I believe the Steelers will pull out a victory but it will be extremely close. So prepare yourselves Steeler Nation, we’re in for a good one on Sunday night!