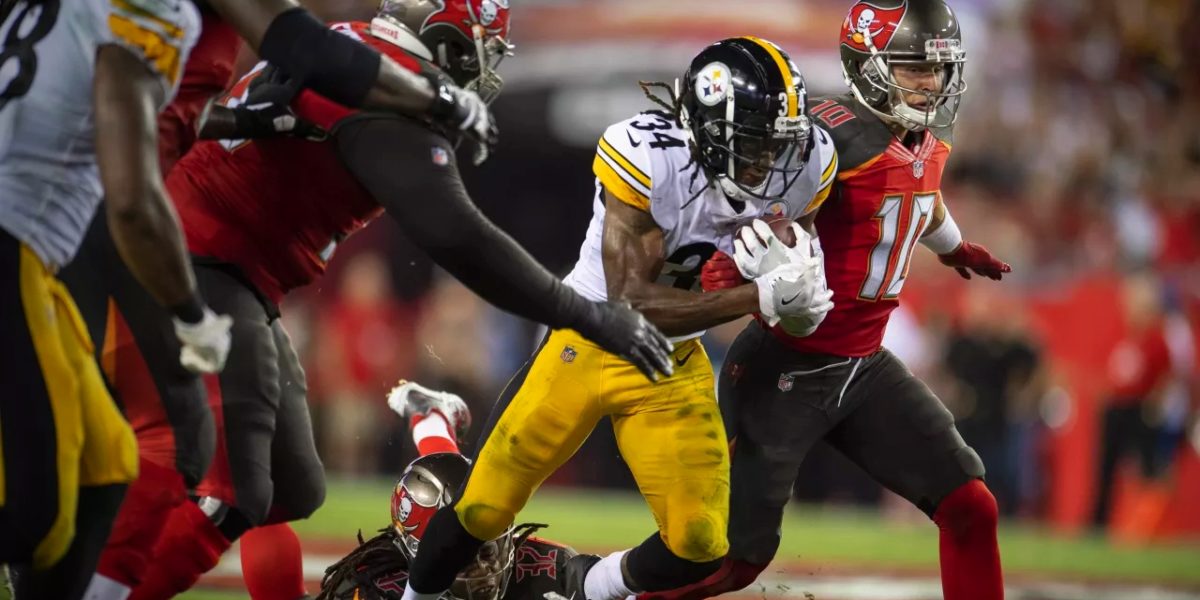 Everyone’s favorite time of year is upon us. Soon, Heinz Field and the parking lots surrounding it will be filled with rowdy – and what some would call potentially not sober – Steelers fans ready to heckle what Baltimore calls a professional football team. It’s Ravens week! And that means there’s a new Z-Factor to talk about.

Personally, I love when Baltimore comes to town. Getting an up-close look at their offense over the past few seasons has only made me appreciate what we have here in Pittsburgh that much more because it has not been good “TV” from Joe Flacco and company. Fortunately for the Ravens and their overall record versus the Steelers in recent years, their defense is almost always ranked in the Top Five no matter what. This is where the Steelers have been trying to improve year after year, first round pick after first round pick. It’s this year’s first rounder for Pittsburgh, Terrell Edmunds, who I think will be the true deciding factor (Z-Factor) as to whether or not Pittsburgh wins Sunday night.

The rookie looked solid last week, especially when given the chance to flash his freaky athleticism that helped get him drafted in the first round in the first place. Edmunds intercepted Tampa Bay Buccaneers quarterback Ryan Fitzpatrick and displayed crazy speed while taking it back 35 yards before being tackled. The throw from Fitzpatrick wasn’t a great one but I’m not going to take anything away from the kid logging his first career NFL interception. You still have to make the play and catch the ball, let alone return it 35 yards back. Pittsburgh has been missing that element to their defense for so long; they have been missing a true playmaker in the secondary.

Edmunds has made some poor plays, the Kareem Hunt truck-move comes to mind, but he also appears to be improving with each opportunity on the field. Edmunds is getting more comfortable and that’s a huge part of playing safety at a high level. You have to have confidence in all your assignments. Then, when you are comfortable and really know what you’re doing, you’re then free to trust your instincts and make plays on the ball. Instincts, in general, are a huge part of playing safety and if you cannot trust them, you’re going to be running in all kinds of wrong directions and second-guessing yourself.

The more Edmunds plays, the more he’ll improve his football IQ and that’s all the better for the Steelers. He should be plenty busy Sunday night as the Ravens like to use their tight ends a ton in the passing game. A primary reason Pittsburgh took Edmunds so early in the draft was to help defend against big, athletic tight ends and double sets as well as other larger receivers in the middle of the field (in the slot and on slant routes).

On Friday, the Steelers released their injury report and strong safety Morgan Burnett is once again listed as ‘doubtful’. This means Edmunds will get the start for the second straight week and I expect he’ll play his best game thus far if the logic equating experience to improved performance proves correct. The Steelers are going to need their first-round investment to start paying off early, maybe even earlier than they had hoped, but that’s the life of a first round pick in today’s NFL; he’s expected to come in and make an impact to help the team win more games. I think the arrow’s pointing up for Edmunds and he gets another chance to impact the game as the Z-Factor on a National stage this Sunday night at home.