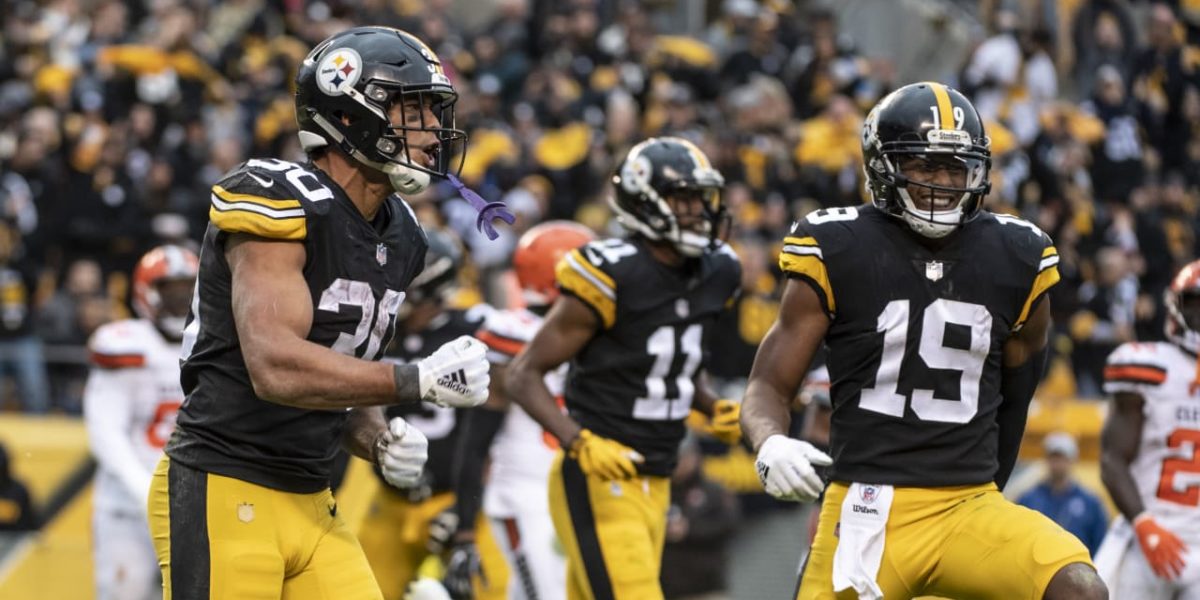 The Good, Bad and Ugly from Week 8 – Browns

Coming out of the bye week the Steelers found themselves having moved up into first place in the division (thanks to the Browns, Ravens and Bengals all putting out below the line efforts last weekend).

The Steelers, overall, have a solid record coming off bye weeks (); however, in the last few seasons it’s been drifting towards the not so good (). The Browns, as we all have said repeatedly, are not the same old Browns. They have a good defense, with arguably the best young pass rusher in football in Myles Garrett. Baker Mayfield has taken over the offense, and the Browns have managed to win twice as many games this season (2) as they have in the past two season combine (1).

It started off worrisome, but by the time the clock ticked down to zero, the Steelers walked away with a dominating victory. With everything that has transpired in the past few days in the city of Pittsburgh, it was a brief moment of normalcy.

Let’s look at the Good, the Bad and the Ugly from Sunday’s Steelers/Browns game.

James Conner was the catalyst for Sunday’s victory. His swagger and attitude seemed to infuse the entire team. Conner’s physical running style, his power and aggressiveness were contagious. By the end of the game, the Browns defenders simply looked like they had had enough.

When Conner came back into the game on the Steelers final drive, he took the handoff, and the Browns parted like the red sea. Myles Garrett, being blocked by a pulling David DeCastro, made a halfhearted swipe at Conner, but after that, he rumbled 22 yards untouched for a historic TD.

Historic because Conner is now the only players in the history of the Steelers franchise to rush for more than 100 yards and 2 touchdowns in 3 straight games. Nobody else has ever accomplished that. Not Franco Harris. Not Jerome Bettis. Not Barry Foster or John Henry Johnson.

Not even Le’Veon Bell.

James Conner was more than just good on Sunday – he was the catalyst.

When you look at Brown’s numbers for Sunday, it may not seem like it warrants being called out. However, you may be forgetting that Brown was being covered by Denzel Ward, the first round draft pick of the Browns out of Ohio State. Ward, in case you didn’t notice, is good at football. Ward has shown that he may be developing into one of the top corners in the league.

And yet Antonio Brown had success. 2 TDs and 6 receptions.

But let me tell you why he’s really getting a Good call out this week. Late in the third quarter, James Conner took the ball off the right side, following a pulling Ramon Foster, and he took it 12 yards for a touchdown.

Part of the reason that run worked was that Antonio Brown was down there doing his best Hines Ward impersonation – throwing a consistent block on a Browns defender and opening up the lane for Conner.

I love that stuff.

Bud Dupree takes a lot of heat from Steelers Nation. If you just look at his stat line from yesterday (4 tackles, 2 quarterback hits), you will be shaking your head as to why he’s getting highlighted here.

Sometimes you have to look beyond the numbers.

Dupree was a force off the left side. He was in the backfield consistently, pressuring Mayfield, forcing him to scramble or hurry his throws. He lined up in the middle, coming in hot like Ryan Shazier often did. He forced a holding call in the end zone that resulted in a safety.

For all the heat he gets, it’s only fair to give him credit when he deserves it and Bud Dupree deserves a nod for his efforts Sunday.

But speaking of that safety…

To steal a line from ESPN – C’mon Man!

So many one liners (You had one job!) and memes come to mind over this monumental blunder.

The scenario is this – the Steelers get a safety, and the Browns have to free kick the ball to the Steelers. By rule, the Browns have the option to either kick off or punt the ball, but in either case the kick is what is known as a “free-kick”. It’s the same thing as a kickoff. It means that if the kicking team manages to cover the ball – IT’S THEIR BALL!

So the Browns execute the free kick, and for some unknown reason Roosevelt Nix signals for a fair catch. At the same time both Antonio Brown and Ryan Switzer are converging on the ball. Rosie bails, AB runs past the ball and Ryan Switzer lets it bounce. The ball rolls to the Steelers 23 yard line where the Browns fall on it and…TAKE POSSESSION.

Even Tunch Ilkin and Bill Hargrove didn’t initially realize what had happened. If you go back and listen to their call they are both surprised when the ball is given to the Browns, wondering if maybe it hit a Steelers player and bounced off.

C’mon guys – you gotta know the rules! If you’re on special teams, you need to know the difference between a free-kick and a punt. This could have a been a play that turned the game around, and in fact was followed by penalty after penalty by the Steelers defense, effectively giving the Browns a touchdown (they then missed the extra point).

The best thing I can say is that it didn’t turn the game around, and the Steelers followed with a drive that left no doubt about that.

I admit, at the beginning of this game it felt a lot like the first game in Cleveland. By the end of it however, it felt completely different. This was the most physically dominating performance by the Steelers in a while. They imposed their will on the Browns, and despite a few hiccups, the game was never really in doubt. By the second half, even after the free kick debacle, that paranoia, that elevation of the heart rate, that nagging sensation that somehow, they just might blow it – it never surfaced.

Let’s hope this is a springboard for the way the rest of the season unfolds. The road does not get any easier.

I admit, at the beginning of this game it felt a lot like the first game in Cleveland. By the end of it however, it felt completely different. This was the most physically dominating performance by the Steelers in a while. They imposed their will on the Browns, and despite a few hiccups, the game was never really in doubt. By the second half, even after the free kick debacle, that paranoia, that elevation of the heart rate, that nagging sensation that somehow they just might blow it – it never surfaced.

Let’s hope this is a springboard for the way the rest of the season unfolds. The road does not get any easier.