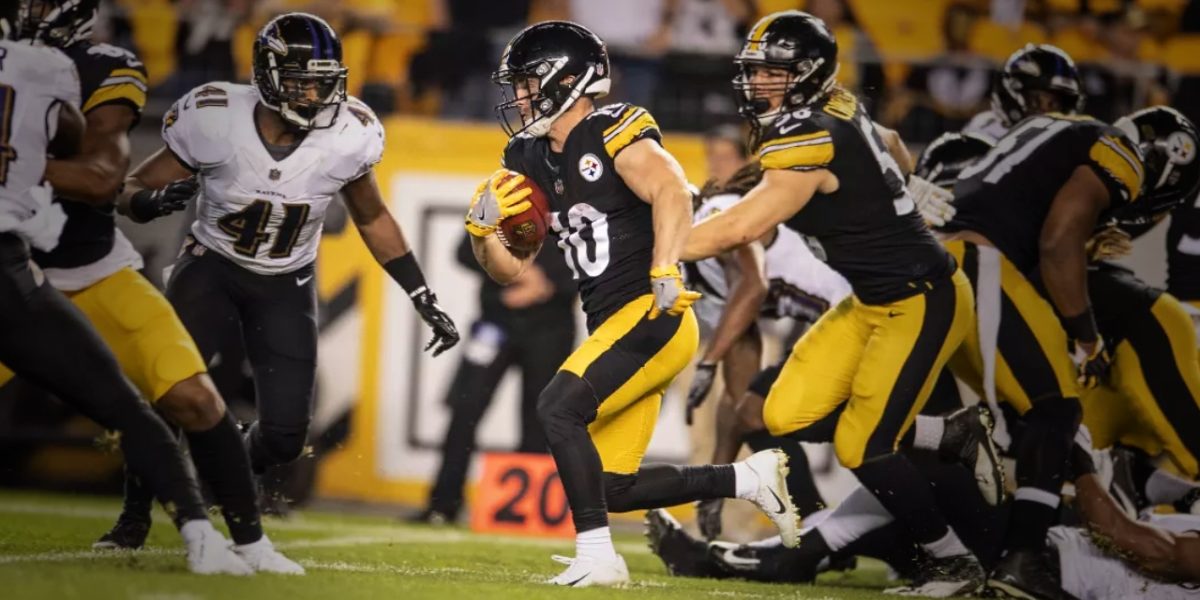 Z-Factor is a Steel City Underground feature that selects one Pittsburgh Steelers player that is expected to be critical or key to the team’s success in the upcoming game as selected by SCU writer Zac Celedonia and adds pre-game commentary and analysis.

New England Patriots vs. Green Bay Packers be damned, the ‘Game of the Week’ takes place at 1:00 p.m. on Sunday in Baltimore. First place in the AFC North is on the line, just as it has been many times in the past between the Pittsburgh Steelers and the Baltimore Ravens. As usual, the Ravens have a stout defense and Pittsburgh has a star-studded offense. In somewhat surprising fashion, however, Baltimore’s offense has looked more competent this season than in recent years, and the Steelers defense has been catching fire. This game has all the buildup and dramatic effect of being a classic nailbiter and I personally cannot wait for it to take some years off the tail-end my life.

Very rarely do we see a Ravens/Steelers match-up where one of the teams blows the other out. It’s not that I wouldn’t love to see Pittsburgh win by three or four touchdowns; I’m just cold and jaded from years of close AFC North football. And, if the game so happens to be close, as I’m used to, the Steelers are going to need a splash play from a surprising source: Ryan Switzer.

The Steelers acquired Switzer and a sixth-round pick (in 2019) from the Oakland Raiders for a fifth-round pick (also in 2019). Since the deal, things have quieted down for the electrifying return man and receiver. Switzer started out great and was a very clear improvement over any returner the Steelers have had in years not named Antonio Brown. Pittsburgh has even tried to get Switzer involved with the offense, seeing snaps both at running back and slot receiver.

The most recent memory fans may have of Switzer is the unfortunate brain-fart shared between him and special teams demon Pro Bowl fullback Rosie Nix when the duo allowed a live kick to be fielded by the Browns after the Steelers scored a safety.

I’m not going to “berry” Switzer (see what I did there?) for a once-in-a-blue-moon mistake which didn’t even affect the outcome of the game. He maintains an impressive return average at 11.5 yards (per punt return), but kick returns have left something to be desired. On top of that, we haven’t seen him involved in the Steelers offense much since scoring a touchdown (his first of 2018) vs. the Tampa Bay Buccaneers in Week 3.

I think things in the return game will change regarding Switzer on Sunday. No team has a better punt coverage unit than the Ravens do right now but they’re toward the bottom of the league (tied 20th) in kick coverage. Ripping off a long kick return (possibly to the house) would be an incredible way to suck the life out of an opposing stadium and turn the momentum Pittsburgh’s way, and it very realistically could happen.

Baltimore’s defense is going to have their attention set on Antonio Brown, James Conner, and JuJu Smith-Schuster when the Steelers offense walks on the field. That should leave ample opportunities for guys like Vance McDonald, James Washington, and Switzer to feast on whatever targets come their way. The Z-Factor is about one guy who could make a real difference and this week looks like it’s setting up to be Switzer’s opportunity to really stand out.