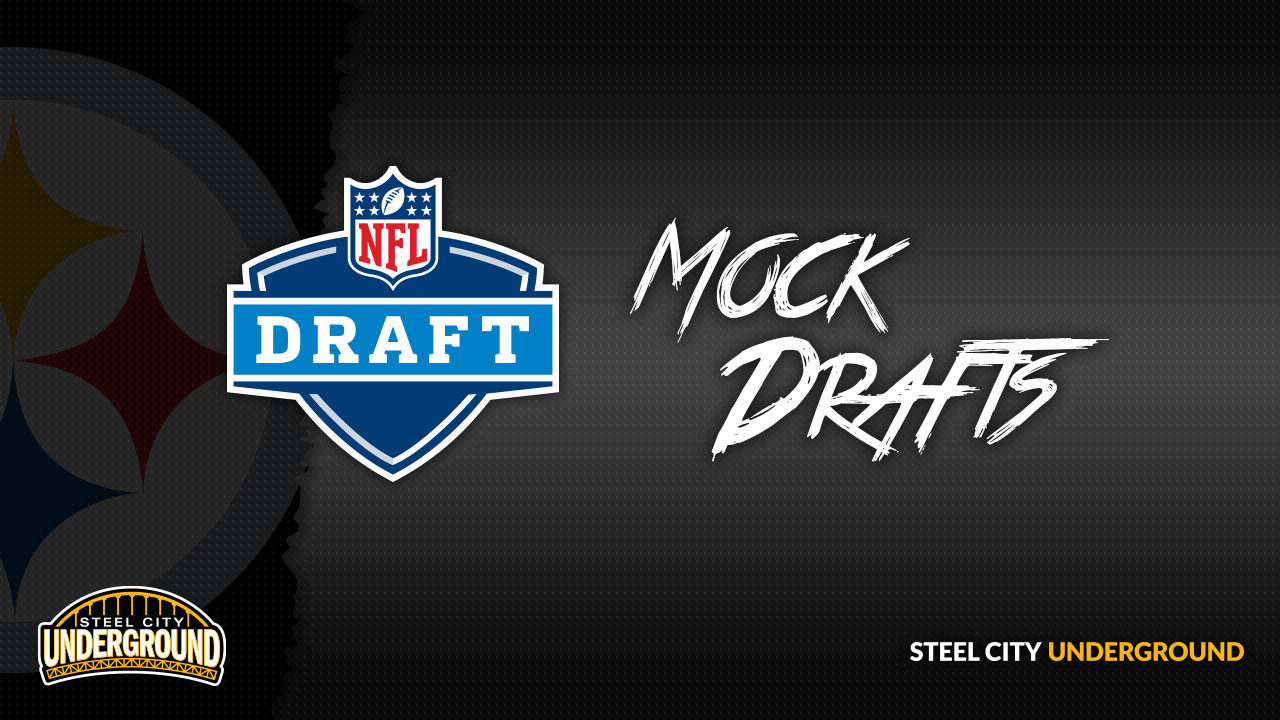 With the 2019 NFL Draft approaching quickly, having just finalized my latest big board, I took another look at all of the prospects in version 2.0 of my mock draft. (You can view my first 2019 NFL mock draft here.) Also, if you like this mock or want to give feedback follow me on Twitter @chasingthedraft.

Kyler Murray to Arizona seems likely at this point in the draft season, and I think Arizona decides between Kyler or Nick Bosa. With so many holes on the Arizona roster needing to be filled, I would trade down to a quarterback-needy team and accumulate picks, if it were my choice. Kyler Murray is a big-time playmaker who has an elite arm and cat-like agility in the open field. Kliff Kingsbury can come into Arizona with his guy and trade Josh Rosen for a pick in this year’s draft for a higher selection.

Although I would think long and hard about D.K Metcalf or even trading down here, I feel like Bosa is gonna be a 49er come April 25th. The Niners are lacking an edge rusher and Nick Bosa will fill a role as a pass rusher and could be an elite player from day one for the Niners. The 49ers are a couple of pieces away from being very competitive in the NFC, and adding Bosa would help them tremendously this year.

Ed Oliver has gotten some buzz at this spot but ultimately I think the Jets take my number one overall player in this year’s class. Williams is a day one starter who has the potential to be a pro bowler in his first couple years in the league. He would be a great building block for the Jets who just added a franchise quarterback last year.

Oakland just simply needs help at linebacker and although Allen is listed as an “Edge” his fit as an off-ball linebacker intrigues me more than him just being a pass rusher. He’s super versatile and his athleticism suggests he has a high ceiling. He’s not top five player “good”, but I think the NFL values him higher then I do.

This could be a place for a quarterback-needy team trades up but I’m not including trades and Ed Oliver is the best player available. Gerald McCoy is getting older and Oliver is one of the most dynamic defensive lineman college football has seen in awhile. He’s without a doubt an all-pro caliber player in the future.

It’s clear that Eli Manning is well past his prime and it’s time the Giants replace him with a young signal-caller, but with reports saying the Giants aren’t interested in Haskins and I truly believe that is all a smoke screen. Haskins is a prototypical pocket passer that will fit in well with Pat Shurmur’s scheme.

The Jaguars recently signed Nick Foles to a lucrative 4-year, 88 million dollar deal and they need some better weapons for him to succeed. Hockenson is one of the most complete prospects in this years class and brings it as a receiver and a blocker. He would give the Jaguars a true weapon on offense to pair with Dede Westbrook.

After adding Trey Flowers the Lions may not address another pass rusher but Burns is too good to pass up at this spot. Burns is a top five player in this year’s class and would give the Lions a dominate pass rushing duo that could finally get them over the hump.

The Bills have been linked to D.K. Metcalf throughout this draft season but I see the Bill pulling the trigger on an offensive lineman to help protect Josh Allen.  Taylor is a powerful right tackled who improved tremendously throughout last year. He won’t have the foot quickness to play left but he’s a great anchor at right tackle.

There isn’t a more obvious pick in the whole draft then this pick right here. Denver has been linked to Drew Lock for months and it makes sense for them considering their draft history of bigger strong-armed quarterbacks who have spotty accuracy. Lock has one of – if not the – best deep balls in this class and pairing him with a catch radii guy in Courtland Sutton could help improve his accuracy as time progresses.

If you have watched the Bengals play in 2018, you will know why I gave them a linebacker. Their linebackers are one of the worst groups in the league, and Vontaze Burfict found his way out of Cincy this offseason (signed by the Raiders). Devin White has been one of the best linebackers in the country for two years and absolutely destroyed the combine. His mental processing is slow, but his play speed and aggressiveness will help the Bengals immediately.

Green Bay addressed their pass rusher problem by adding Preston Smith and Za’Darius Smith in free agency. Tight end is a big position of need for them. There aren’t very many athletes at tight end like Noah Fant, and he was a monster for Iowa the last couple of years. Fant has the size to be a major problem for opponents in the red zone and would make an impact on passing downs with his ability after the catch.

Miami has a need at quarterback but it looks like they’re eyeing one in 2020, and Sweat is highly valued by the league regardless of health concerns or not. Sweat is a long, powerful athlete that tested very well and saw his ranking move up for me after the combine. I’m not sure what Miami does but I can easily see them going this direction.

Wilkins went from a day two guy for me to a first round player. He’s a quick powerful defensive lineman that plays his heart out every single play. He was the leader of the Clemson defense as soon as he arrived and would look great beside Grady Jarrett in Atlanta.

My team needs help pretty much everywhere but we have to protect Cam Newton and Jonah Williams is one of the best players in this year’s class. He’s going to fall because of his size and teams will want him to play guard, but his future is at tackle. Tackle or guard, Williams is a steal at this spot.

One of my favorite players in this whole class is Hakeem Butler (man was he fun to watch!) Butler is a huge 6’5″, 227-pound receiver that had the longest wingspan ever recorded for a receiver at the NFL Scouting Combine. Butler surprised me running in the 4.4s and his play strength and jump-ball ability make him destined to be a bonafide number one wide receiver in the league. He struggles with concentration drops, but he can fix those at the next level. He’s a clone of A.J. Green.

Minnesota had a disappointing year last year after making it to the NFC Championship the year before, and the offensive line was the main reason for that falloff. The interior offensive line must be addressed and Cody Ford can play tackle or guard. He was dominant all year for Oklahoma and would be the piece Minnesota is missing.

Here you go Steelers fans!!! I was pretty cold on Devin Bush but I’ve really started to come around on him and I think he could be a very productive starter from day one. He’s a very rangy sideline to sideline linebacker who’s great in coverage as well. He would be the guy to replace Shazier and do it very well.

There isn’t a better fit in the draft then Gardner-Johnson to the Seahawks. Chauncey Gardner-Johnson is a needed upgrade to the secondary and should fill in as Earl Thomas’s replacement. Gardner-Johnson rose significantly for me over the course of last season; he improved greatly in run support after he failed to finish tackles in 2017.

It really seems like Baltimore could take a wide receiver but I see them replacing Eric Weddle. Savage is a big, athletic safety who can make plays near the box and also make plays as a single high safety in coverage. He has risen more than anyone over the last few weeks and I could definitely see him getting picked here by Baltimore on Thursday. He could be a very good fit beside Earl Thomas.

Houston didn’t have a first-round pick last year but it seems like they got a steal in Justin Reid, but now they need to address their offensive line. I’m not a huge Dillard fan but the NFL values his athleticism and ability to play at left tackle. He’s not a great anchor and will get bullied some as a run blocker.

The Raiders picks in the secondary haven’t worked out the last few years, but Byron Murphy could change that for them. Murphy is small, but he’s aggressive and has great ball skills. I could see him being a very good nickel corner with the potential to play outside.

Philadelphia needs an upgrade at both offensive and defensive line, and Tillery was a super productive player at Notre Dame. Tillery is a long athletic defensive tackle who has some twitch as an athlete and a high ceiling. Philly could go many different directions but Tillery should be the pick.

I never expected the Colts to improve this much in the course of one year, and all the credit goes to Chris Ballard in building a contender in the AFC in just a short amount of time. The biggest need for Indianapolis is the interior defensive line, and Rashan Gary is a very high upside player. I’m not very sold on him but with the right coaching staff, he can make it work.

Here I have Oakland double-dipping at edge with Chase Winovich. He tested a lot better then what I saw on his film and he could very easily be a first round player after his combine. He’s a very high motor player that is one of the safest picks in this year’s class.

I’ve seen Dexter Lawrence connected to the Chargers, but if Simmons’s medicals clear he’s easily a first round player. He’s a top ten player on my rankings and reminds me a lot of former bulldogs, Fletcher Cox. He could be a pro bowl player very soon with the Chargers.

Seattle traded away edge rusher Frank Clark to the Chiefs for this pick and a few future picks. Seattle relied heavily on Tyler Lockett this past season, and with Doug Baldwin aging they could use a boundary receiver for Russell Wilson. Harry has what you want as an alpha receiver and can play outside or could be used as a “big slot” receiver for Seattle.

The Packers have done a good job of building a solid core dating back to the picks of Jaire Alexander and Josh Jackson, and after grabbing Noah Fant I have them getting someone to protect the aging Aaron Rodgers. McCoy has been a big riser the last few months and would help protect an aging Aaron Rodgers.

The Rams lost Lamarcus Joyner to the Raiders and they’re secondary was their biggest weakness last season. Thornhill had impressive numbers at the combine and play everywhere for Virginia over the course of his career. He reminds me a lot of current Cowboys safety Byron Jones.

This may seem like a luxury pick but Oruwariye is one of the highest upside defensive backs in this year’s class. He’s a long, athletic corner that would pair well across from Stephon Gilmore. I could very well see him going before this spot, but it’s too good to pass up for Belichick. 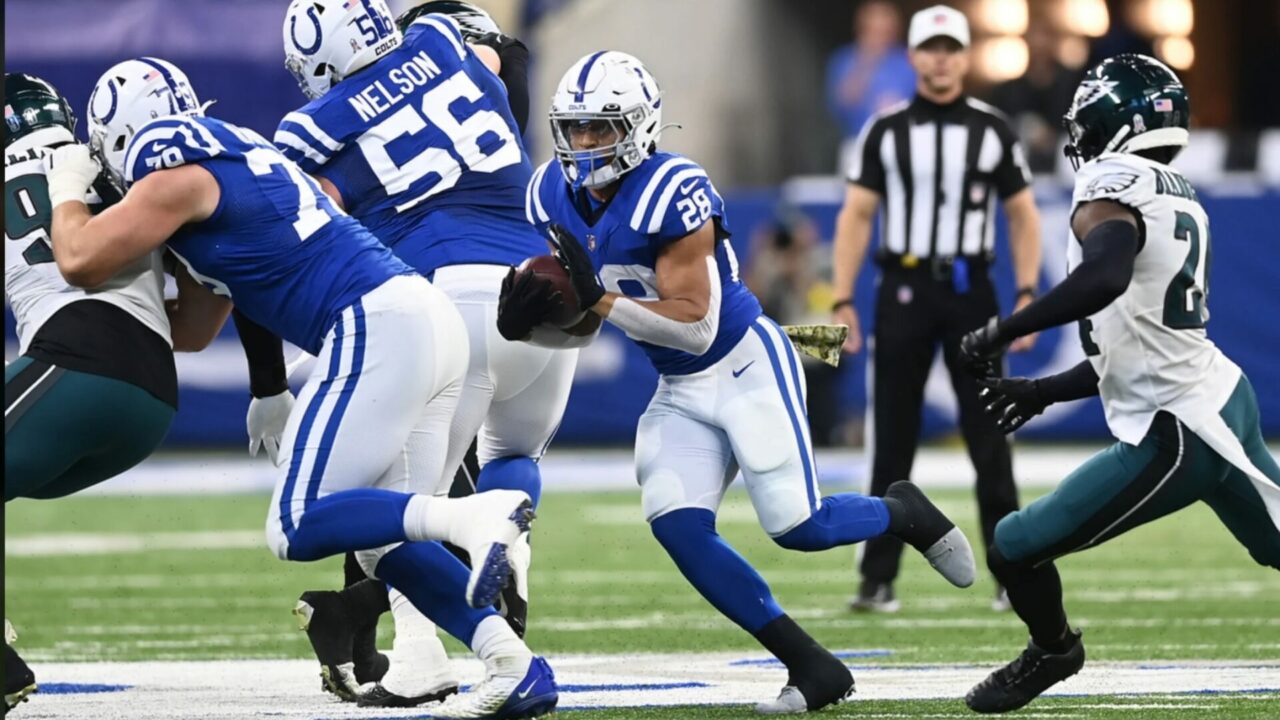