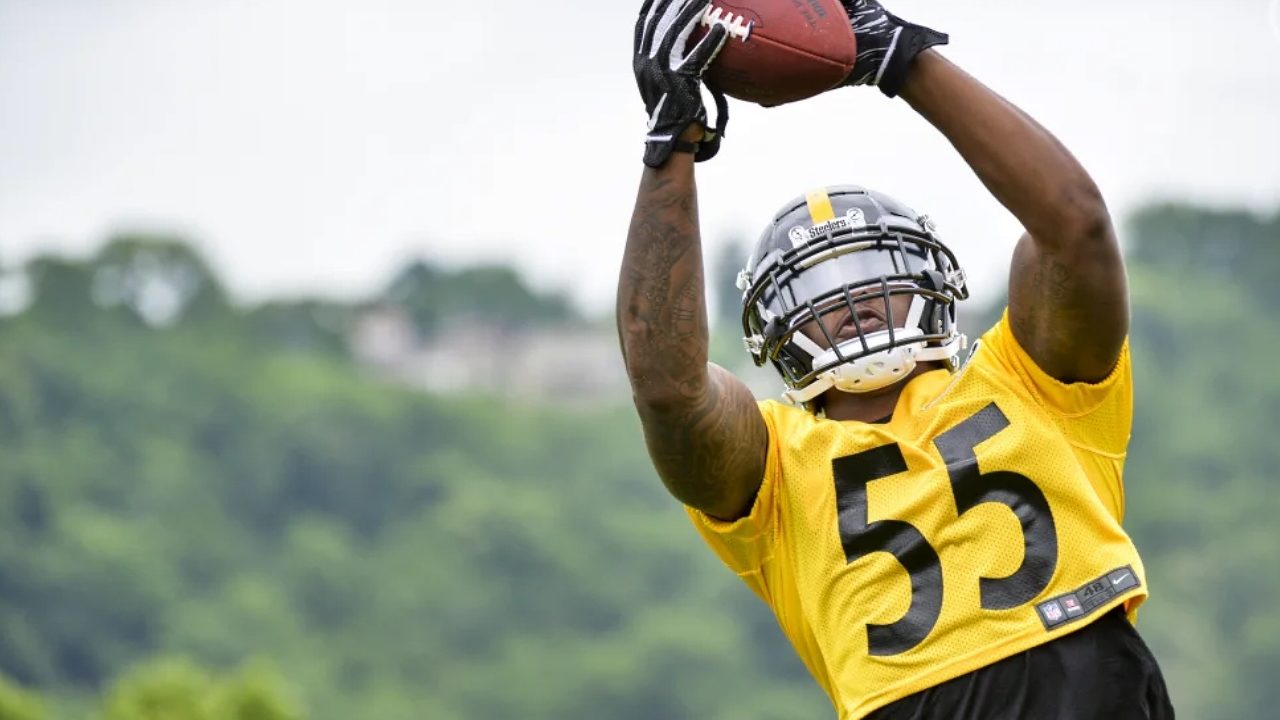 “With the 10th pick in the 2019 NFL, the Pittsburgh Steelers select Devin Bush linebacker, Michigan”. After hearing that, all of Steelers Nation felt an overwhelming sense of enjoyment: you could feel it reverberate throughout the city. Not only did we get our man, but we did something un-Rooney-like and traded up to get him.

I know we hear it every year: “The Steelers need defense” and, oh yeah, some “More defense!”

With the Steelers drafting five defensive players in this year’s draft, matching the 2016 mark,  nothing could match the hype this year’s draft had, at least in the sense of I believe the Steelers got this draft “right” for once. By making a move to get this speedy, agile, and smart player in Devin Bush, we should start to see youth prevail in Keith Butler‘s defense.

As a two-year starter with the Michigan Wolverines, Bush posted significant numbers with 13 sacks and 153 total tackles (114 solo and 39 assisted). Bush proved to be the leader on that stacked defense. Bush showed his speed at the combine with a 4.43 40-yard dash time, making him second in the linebacker class behind only Devin White out of LSU. His athletic ability also showed with a 40.5 vertical jump, placing him eighth overall in the entire class.

Bush is an intriguing rookie linebacker, standing 5’11’ and weighing in at 234 pounds; he is on the smaller side for the position. I think the doubt about his height and size has fueled him throughout his career and it shows with the heart and fire you saw from him every game at Michigan. Steelers Defensive Coordinator Keith Butler had this to say about Devin Bush:

There will be great expectations, and he knows that… in order to be successful in this league, you gotta perform under pressure…

I think it’s safe to say Bush will see significant playing time this year; most likely starting with Week 1. The only question is who his mate next to him will be. Whether it is Vince Williams or Mark Barron, Bush has to make an impact to not only prove to himself but everyone around him that he is the savior of this defense. Everyone will question his size but let’s face it: the NFL as a whole is transitioning to a hybrid system with smaller, quicker linebackers who can not only tackle – lights out –  but cover tight ends, the slot, and yes, the running back.

As far as coverage goes when it comes to Bush, there were a few instances I saw on film that I loved. The first was a game against Nebraska where he snuffed out the running back screen. I saw patience and explosiveness, and as a result, he forced a five-yard loss. His sophomore game against Purdue was the first time I saw a complete game from him; he pressured the quarterback and made proper reads on receiver screens playing sideline to sideline and of course using proper technique when tackling.

With everyone and their mom drawing comparisons to Ryan Shazier – and rightfully so with similar builds, height and both are known for their speed – those will not be good enough for Bush. He needs to exceed those expectations and transcend into his own man and do it his way. If Bush can do all of these things, he should be a mainstay in the City of Steel for years to come.

Will write for food. I’m hungry like Shabazz Napier at UCONN. Ready for all challenges.