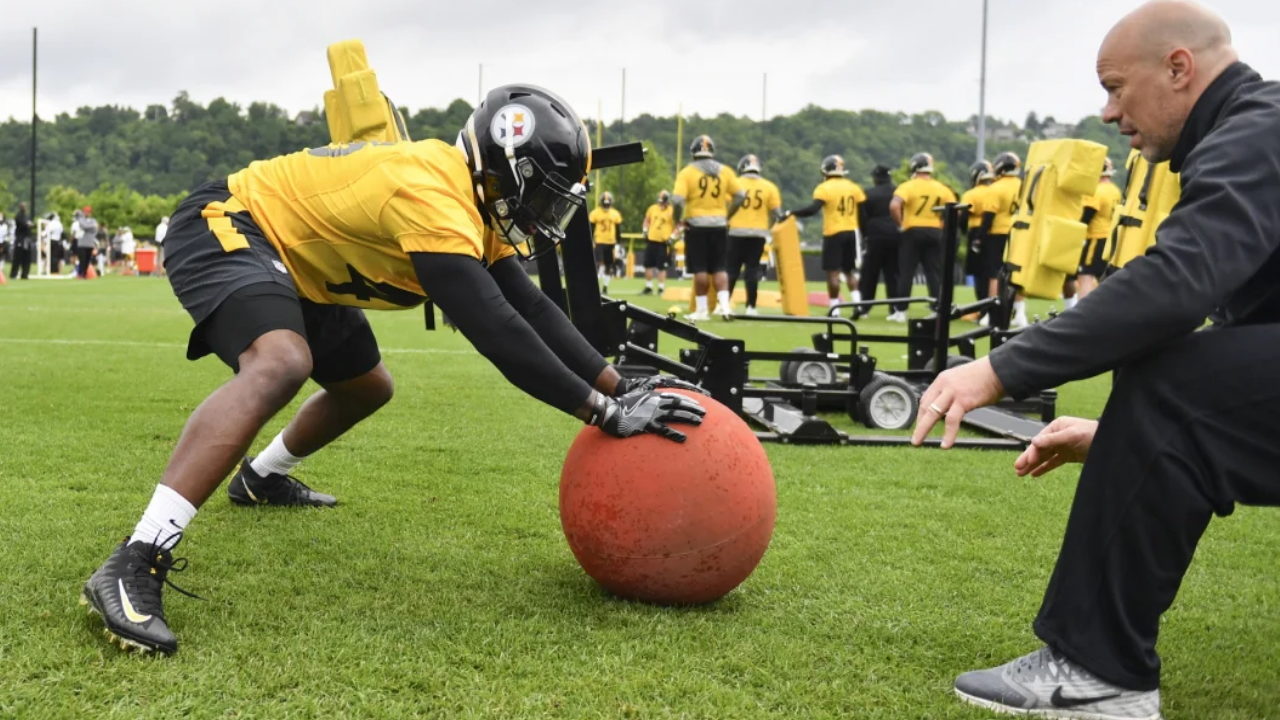 His is is likely a name you have never heard of before he joined the Pittsburgh Steelers at the beginning of 2019. With the depth the Steelers are starting to acquire at the inside linebacker position, you might think that Scales is someone to gloss over because he won’t even make the practice squad. As a former Indiana Hoosier who saw him play in person for all four years of his collegiate career, this is someone to watch out for during training camp.

Let’s start with where Scales came from. His hometown is Cincinnati, Ohio and he went to Colerain High School. He was recruited by schools such as Oklahoma, Wisconsin, and West Virginia, before ultimately choosing the Indiana Hoosiers. The 6’0”, 230-pound linebacker was already a player to watch out for from his first season at Indiana as a freshman. As he progressed at Indiana, he started to make a name for himself across the country.

During his Junior season, he led the country in tackles for loss at 23.5, totaling to 69 yards lost. He became the first Hoosier linebacker to earn All-American honors since 1987, and the first to collect first-team All-Big Ten recognition since 1988. Over his final two seasons, Scales had 36 tackles for loss and 13 sacks. Keep in mind, the Hoosiers are in the Big Ten East, so they have to face Ohio State, Michigan State, Michigan, and Penn State every year, so Scales was not playing against lower-caliber collegiate athletes. Hoosier Nation grabbed onto his success and immediately began to become a fan favorite, not just across Indiana, but across the Big Ten and nationally.

The first thing you will read about Scales is he is too short and light to be a linebacker in the NFL. While that may be true, Scales compensates by putting up big stats and has great instincts as a run stopper. In fact, Pro Football Focus rated him as the No. 4 player eligible in the 2018 draft for run stops. In addition to run-stopping ability, Scales evades incoming blockers at a high level to help stop the run. He has a high motor, separates from blocks quickly, and looks for action instead of waiting for it to come to him. Scales has experience in dropping back into coverage and decent at it.

Linebackers who can evade blocks instead of having to make contact >>>

Tegray Scales is going to be a stud, folks. pic.twitter.com/wT8dKPiwlD

There are also questions about his speed in closing gaps and accelerating after changing directions. As mentioned before, his size is small and he is light for an NFL linebacker, and his frame is almost maxed out. He could struggle against some bigger lead blockers and shedding that blocker once engaged. Those are big reasons as to why Scales has not found a home thus-far but will look to make his name on special teams as he develops ways to get around being undersized.

One player profile comparison Steelers fans can equate to is Tyler Matakevich, in terms of height, weight, and speed. Scales is 6’0”, 230 pounds, and ran a 4.77 40 yard dash. Tyler is 6’1”, 235 pounds, and ran a 4.81 40 yard dash. As Tyler has done in his career thus far, they both help get over their limitations by battling downfield, shooting gaps, and causing disruptions in the backfield when playing the position of linebacker. Scales’ path to the practice squad or roster spot will follow that of Matakevich’s: making a difference on special teams.

With few roster spots available for inside linebackers, Scales will be competing for possibly one roster spot. With Devon Bush, Vince Williams, Mark Barron, and in many ways, Matakevich already locking up a roster spot, it will come down to how many inside linebackers the Steelers will take on their 53-man roster, and who that player will be. Ulysees Gilbert III and Sutton Smith will be battling for roster spots and a potential practice squad placement with Scales.

Tegray Scales is not a flashy player. On paper, he does not have many of the measurements to succeed in the NFL as a linebacker. If you are able to watch Scales play in person, he will be someone that you will get excited to see more of. He is fast coming off the ball and will quickly read the play. He hits the holes hard and fast, causing lots of disruption on and behind the line of scrimmage. He is a vocal leader and has a commanding presence on the field. He has a high football IQ and has experience dropping back into coverage when needed (eight interceptions as a middle linebacker in college). Scales plays with passion and is someone who you get caught up in rooting for. Don’t be surprised if you see his name still in the mix when it comes time to cut down roster spots.

Scales may be short, light, and his speed is questioned at times, but he produces and fills up the stat sheet, and that is something that matters and is not overlooked in the NFL.