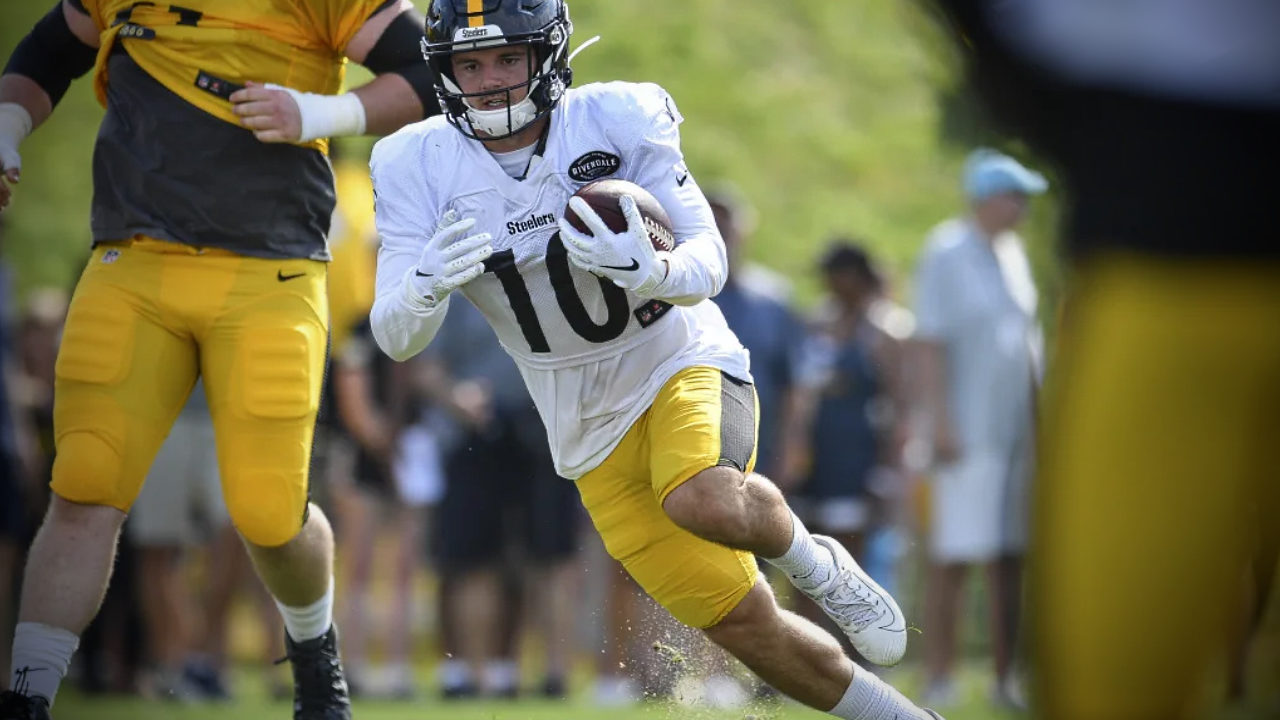 I should have titled this post, “Turnt Up Camp Takeaways” because the Steelers have CRANKED-IT-UP this year at Latrobe, and people are noticing. This year’s team is practicing with an intensity and energy level that would make even the most introverted baby boomer get up and hit the whoa (a popular ‘millennial’ dance move). It could be the continuous onslaught of slander from the national media doubting the Pittsburgh Steelers. It could be the hype that the Cleveland “Little Brother” Browns are getting from every news outlet and website you can find in your search bar. It could be the adversity and “BS” the Steelers had to endure with the departure of AB. Whatever it is, it’s working for the Pittsburgh Steelers.

For those of you who don’t already know, I had the pleasure of attending last Sunday’s training camp in Latrobe (PA) for the Steelers’ first padded practice of 2019. My friends and I have made this an annual trip, usually shooting for a Sunday (because that’s God’s football day), and this year’s trip may have been the best yet. Now I will warn you, the following takes aren’t for the squeamish. If you have been diagnosed with an irregular heartbeat or have a tendency to hate life, you may not want to continue reading. If you find yourself alone, yelling at your phone in an empty room because people on your Twitter feed are excited for America’s real past time, I’d advise you not to read. So please, everyone else, enjoy!

The rumors you’re hearing are true, JuJu Smith-Schuster has gotten even better. In his first NFL training camp as the number-one wide receiver in the building, the third-year pro is the star attraction in Latrobe.

A lot of people (outside of Pittsburgh) worried that JuJu would struggle to assume the role of a number one receiver, and were firm in their beliefs that he would regress this season after losing his former running mate, Antonio Brown. Well, I just hate to be the one to break it to the non-believers, but Smith-Schuster is playing out of his mind after three days of training camp.

Catching everything in sight and finishing every catch he makes through the endzone no matter how far away, JuJu is rising to the occasion and leading through actions. It was well noted on social media that he had beaten both Steve Nelson and Joe Haden for long touchdowns in the first two days of camp (40 yards), and in the first day of pads JuJu didn’t slow down. During one-on-ones, JuJu again got the best of the defensive backs and hauled in a long bomb from Mason Rudolph in which he had to jump over, aka “Moss”, the cornerback. And the crowd goes wild!

JuJu is a cheat code pic.twitter.com/f0TljCZn6J

A lot of noise is being made about Donte Moncrief and James Washington, and rightfully so, but on day three it was Ryan Switzer who impressed me among the receivers not named JuJu Smith-Schuster. Not to say Moncrief and Washington had bad days because they didn’t. But it was hard not to be impressed by Switzer’s constant display of sure hands, the separation he creates with his quickness and precise route-running, and maybe most importantly, his effort.

Late in practice, Mason Rudolph was baited and intercepted by Cam Sutton. Sutton had returned the ball about 10 or 15 yards before Switzer came up from behind and punched the ball out and ultimately recovered it. It may sound like an after school special, but those plays can be the difference in a win or loss – which means they can be the difference in a playoff appearance or not. Plays like that don’t go unnoticed from coaches.

The third-round pick from Toledo wasted no time making a name for himself on Sunday. When the Steelers drafted Johnson in April, a lot of people pointed to his route-running and ability to get open as a large part of why he was drafted “so high”. Well, it’s safe to say the kid is as advertised in that regard because he had guys running in circles trying to cover him one-on-one. His release off the line of scrimmage might be the most impressive part of his game. He looks like he’s moving at a different speed than everyone else when the ball is snapped; like he can freeze time, similar to some poorly-directed movie from the early 2000s.

There were some drops that I would come off as biased if I did not mention them, but they were few and far between. You obviously don’t want that to become a habit, but I’ll chalk it up to the rookie trying to do everything right and as a result, sometimes drops can happen. The most important thing is he always uses his hands. This isn’t Martavis Bryant we’re working with here (pour one out). Johnson knows what he’s doing, has good technique, and is a natural hands catcher. First day of pads jitters.

This shouldn’t be breaking news to anyone, but Devin Bush knows how to cover some ground. In the first few days of camp, a picture started circulating on the timelines of Bush running up and deflecting a pass intended for James Conner. It doesn’t sound like a pick-six in the Super Bowl but after what the Steelers have been dealing with at the middle backer position, it may be the next best thing.

As far as the practice I attended, Devin Bush again looked very fluid in his drops, confident in his assignments, and he was “Mr. Right Place Right Time”, seemingly always around the ball.

Almost an INT by @_Dbush11 at Training Camp today! pic.twitter.com/VG58EKG1lS

Towards the end of the day, Bush sneaked back into his zone during a team rep and the quarterback hit him between the 5 and the 5 on his chest and he dropped the interception. I said this on Twitter already (and got grilled for it) but I’d love to see him finish the play there. He got himself in the right position and that’s what you want to see, he’s just got to finish the play. All in all, it was a good rep so don’t go labeling me a Devin Bush doubter. I expect the first-rounder to have multiple interceptions in 2019 and finally provide stability in the middle of the field, an area that strikes fear into Steelers fans everywhere when it comes to opponents potentially taking advantage of it due to past history.

The Alliance of American Football, or AAF, didn’t give us much, but it gave the Steelers Kameron Kelly. The former cornerback now turned safety, blew up on the scene after posting a three-interception game during the AAF’s short stint. When the AAF fell through (pour another one out), all of a sudden Kam Kelly found himself on top of the shortlist of coveted players from the once glorious league. Kelly’s ball skills, versatility, and definitely his size(6″2/210 lbs) made him enticing to a lot of teams, but the Steelers came out on top and got their guy.

During OTA’s people in attendance were saying Kelly was getting reps with the first-team defense at safety. Usually, you don’t want to read too much into those types of things, but come the first day of padded practice and guess who’s at first-team safety!

Kameron Kelly in again with the 1st team at FS for the injured Sean Davis.

Sean Davis was forced to leave the practice with what most are calling a finger injury. Luckily that doesn’t sound too serious and even if it were, defensive back is one of the few spots a player can still play and play well with an injured finger. So, expect Davis to be back soon, but it’s clear after the first few days of camp that the Steelers like Kameron Kelly as the immediate backup for Davis.

The Steelers coaching staff has Kelly running with first and second-team sets, assumingly to get him as ready as possible if called upon in crunch time. So if you want a camp sleeper or someone to root for, or “this year’s Mike Hilton“, look no further.