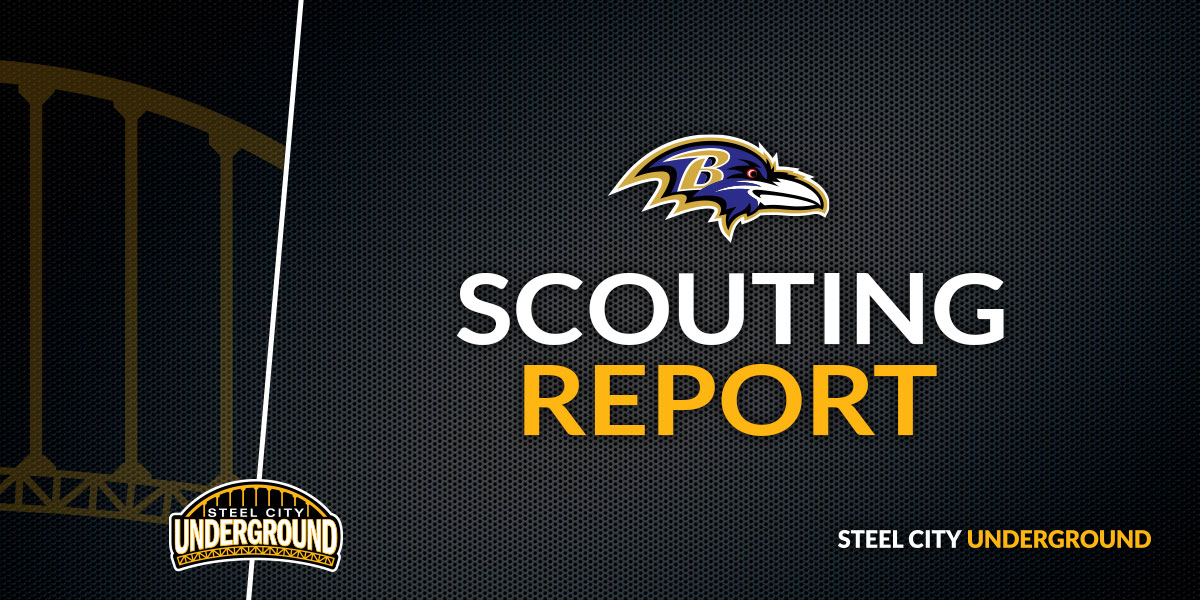 Steelers Scouting Report: What to Expect From the Baltimore Ravens

Well Steelers fans, after a disappointing past two weeks, our Pittsburgh Steelers still have one more shot to make the playoffs. Unfortunately, they will need some help this time around. If they want the easiest route to make the playoffs, the Steelers must win this weekend’s game against the Baltimore Ravens and hope that the Tennessee Titans lose to the Houston Texans. When you look at how the Ravens have done this season, you’d think the Steelers’ chances are very slim but Baltimore, fortunately, is benching some key starters, including NFL MVP front-runner Lamar Jackson since they have the top seed in the AFC locked up. This should give the Steelers the perfect opportunity to bounce back and do their part to make the playoffs. With that in mind, let’s take a look at what this week’s opponent, the Baltimore Ravens, will look like for this Week 17 matchup.

As I already mentioned, there will be some key players that will be held out to rest this Sunday for the Ravens. These players include quarterback Lamar Jackson, running back Mark Ingram, free safety Earl Thomas, offensive guard Marshall Yanda, and defensive end Brandon Williams.

RGIII Gets His Chance to Lead Ravens Offense

While Baltimore has a very good team in all aspects, a lot of the success that the Ravens have enjoyed this season can be credited to the breakout year from quarterback Lamar Jackson who should be named the NFL MVP at the end of the season. Luckily for the Steelers, they won’t have to deal with Jackson this weekend and will be facing former second overall pick Robert Griffin III instead.

In limited action this season, Griffin has completed 12/17 passes for 129 yards, one touchdown, and an interception. Although he isn’t as dangerous as Jackson, Griffin also has the ability as a runner, so I don’t see the Ravens changing up much of their play calling. He will be relying on rookie wide receivers Marquise Brown and Miles Boykin, along with Willie Snead IV and Chris Moore as his main targets with Nick Boyle and Hayden Hurst playing tight end if Andrews doesn’t play. If Andrews is unable to go, Brown is their second-leading receiver with 44 receptions for 569 yards and seven touchdowns.

As far as the run game goes, they will be without Jackson who is their main rushing threat, along with Mark Ingram who has had an outstanding season himself, rushing for over 1,000 yards and ten touchdowns. In Ingram’s absence, Gus Edwards and rookie running back Justice Hill will split carries for the Ravens. Edwards will likely get the most carries of the two as he has rushed for 581 yards and two touchdowns on 112 carries while Hill has only run the ball 48 times for 186 yards and a touchdown.

As they have been known for over the past decade and beyond, the Ravens have been very solid on the defensive side of the ball this season. They currently rank fifth in the league in total defense allowing 309.4 yards of total offense per game and 18.1 points per game. Their strong point has been against the run, where they rank fourth in the league. They have allowed only 93.5 rushing yards per game and eleven total rushing touchdowns so far this season. Their front seven will be led by outside linebacker Matthew Judon, who leads the team with 8.5 sacks. He will be joined by former Steeler L.J. Fort and Josh Bynes at the other starting linebacker spots. Patrick Onwuasor and Tyus Bowser will also see some time in the linebacker rotation. In front of them, Justin Ellis will step in for Brandon Williams at defensive end, joined by Michael Pierce, Chris Wormley, and Jaylon Ferguson to make up the starting defensive line. Former Bengal Domata Peko could also see some time at nose tackle rotating in for Pierce.

The Ravens have also been solid defending the pass this season. They currently rank seventh in passing defense allowing 215.9 passing yards per game and 15 total passing touchdowns while coming away with 13 interceptions. Their secondary as typically led by Thomas at free safety but he will be replaced by Brynden Trawick this week with Chuck Clark listed as the starter at strong safety. Anthony Levine will also likely see some playing time at strong safety. Marlon Humphrey and Brandon Carr are listed as the starting corners with Pro Bowl selection Marcus Peters and Jimmy Smith likely seeing limited time with injuries since they don’t have anything to play for this week.

Even with the Ravens sitting some key players, they won’t just let the Steelers roll over them. They will still have a lot of talent on the field and it will take everything Pittsburgh has to beat them. I see this being a defensive battle as the Steelers have struggled to get any offense going the past few weeks. It will be a low scoring game but I truly believe that quarterback Devlin “Duck” Hodges will find some early confidence and manage the game well enough along with the running game of James Conner if he can play, or if he can’t, the trio of Benny Snell Jr., Jaylen Samuels, and Kerrith Whyte can get something going on the ground. I have Hodges making some key throws and the Steelers defense stepping up late to pull away with the 17-13 win. Hopefully, the Texans will do their part and get the Steelers in the playoffs.