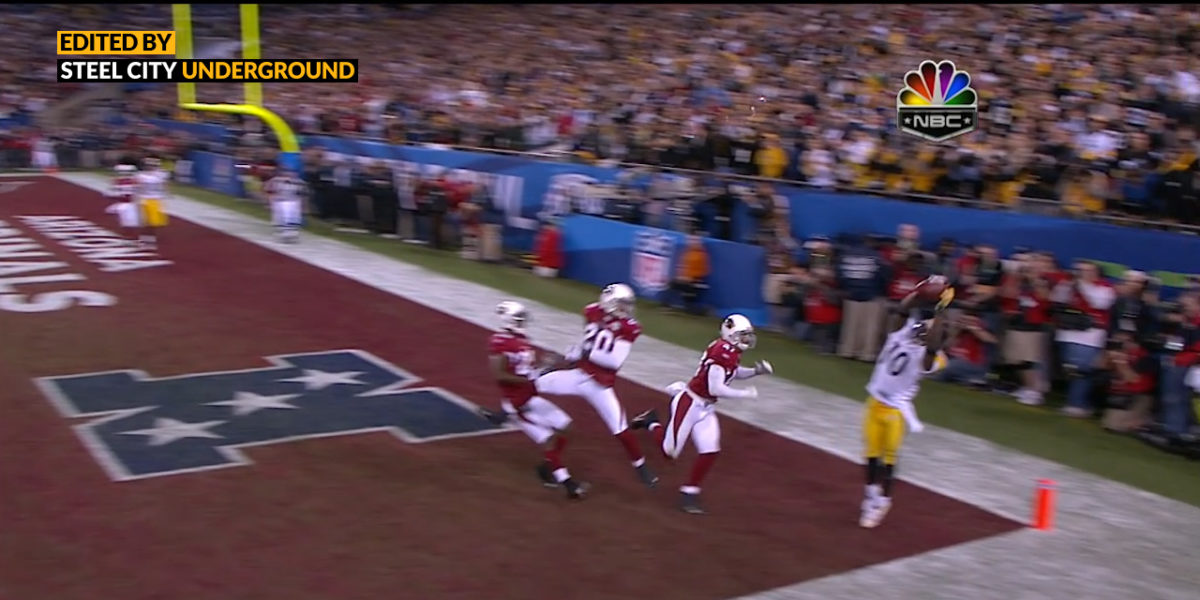 With the Quarterback carousel continuing the past few weeks and in lieu of Steel City Underground’s “best player to wear each jersey number,” it only makes sense to remind Pittsburgh fans who is still in the building.

Eli Manning has retired, Philip Rivers will no longer be with the Los Angeles Chargers, and that leaves Big Ben as the final quarterback of the 2004 draft to remain with the team he is most associated with. Drew Brees is coming back to New Orleans, but the rest of that quarterback room might leave in free agency. Tom Brady potentially might return to the NFL this season, but not wear a New England uniform.

There are many plays that could highlight the Hall-of-Fame career Ben Roethlisberger has had, but there is one that will be remembered most in Steelers history forever.

The Steelers had built up a 20-7 lead over the Arizona Cardinals going into the 4th quarter. The Cardinals offense had been stalling up until Kurt Warner led Arizona on an 8-play drive to score a touchdown. A couple of drives later, the Steelers were backed up in their end zone when Ben dropped back to pass. A holding call on the Steelers gave the Cardinals a safety, who got the ball back. After an incomplete pass, Kurt Warner threw a 64-yard touchdown to Larry Fitzgerald to put Arizona up 23-20 with 2:37 left on the clock.

In one of the more memorable game-winning drives in a Super Bowl, Ben Roethlisberger efficiently drove down the field in two minutes to put themselves within 10 yards of winning their 6th Super Bowl.

The ball was on the 7-yard line as Ben took the snap in the shotgun formation. He drops back a little further, looks right, scans left before launching a ball to Santonio Holmes in the back of the end zone for a toe-tapping touchdown.

The Steelers defense then held true in the final attempt of Kurt Warner and the Arizona Cardinals. Warner dropped back in the final 15 seconds of the game and Lamar Woodley stripped the ball as he started to throw. Brett Keisel picked up the fumble, and the Pittsburgh Steelers became the first franchise to win 6 Super Bowls.