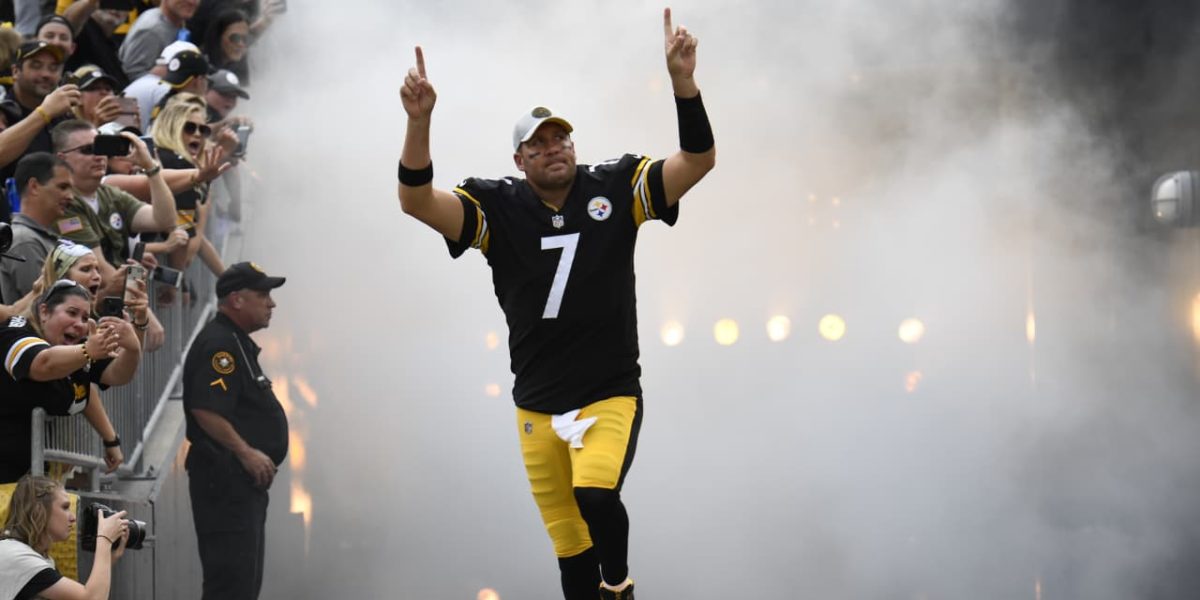 “He’s Back”: A Statistical Analysis of Ben Roethlisberger’s Career

On Monday afternoon, Pittsburgh Steelers faithful rejoiced at the sight of a video of long-time quarterback Ben Roethlisberger working out with fellow teammates Ryan Switzer, James Conner, and JuJu Smith-Schuster. Following the workout, Big Ben took to a local barbershop for the removal of his mangy beard that appeared to have not been touched in months.

Feels good to be back out there with my guys! @TeamJuJu @JamesConner_ @Switz pic.twitter.com/hAlOwr7Ias

While both events were relatively normal, followers of the Black and Gold responded on social media with a fervor similar to that of a game day. The celebration, however, came with a reason.

Roethlisberger missed the majority of the 2019 season after suffering a non-contact elbow injury in Week Two. Following surgery and months worth of rehab, “Big Ben” silenced critics with the video, many of whom claimed he appeared extremely out of shape. Now approaching his 17th season with the Steelers, Roethlisberger’s contributions to the team cannot be overstated as he has put together a Hall of Fame-caliber career.

Let’s first take a look at the career numbers for the six-time Pro-Bowl quarterback. Since his entrance into the NFL in 2004, Roethlisberger has played in 239 games and has a career regular-season record of 144-71-1. He has also fared well in his ten seasons making the Playoffs, amassing a 13-8 record, and ultimately winning two Super Bowl titles in 2005 and 2008.

Ben ranks eighth all-time in passing yards with 56,545 and ninth in passing touchdowns with 363. With no affliction to pumping the ball downfield, Roethlisberger is also tied for ninth all-time in yards per pass attempt at 7.8 and trails only one active quarterback in Russell Wilson (7.9). With such numbers, it is no surprise that Roethlisberger is a franchise leader in almost every statistical category.

The Success began almost instantly for the 11th overall pick in the 2004 NFL Draft out of Miami University in Ohio. Roethlisberger was awarded the AP NFL Offensive Rookie of the Year distinction following his 2004 campaign, where he was a perfect 13-0 in the regular season. Roethlisberger also showed the city of Pittsburgh just how clutch he was, completing five game-winning drives, the most of his career in a single season.

In 2005, Roethlisberger led the Steelers to the franchise’s fifth Super Bowl title at the age of 23, making him the youngest quarterback in NFL history to hoist the Lombardi Trophy, a record that still stands today. The sophomore QB’s performance in Super Bowl XL was far from spectacular as he gave up two interceptions and only threw for 123 yards, but the Steelers still rallied to a 21-10 victory over the Seattle Seahawks.

Roethlisberger made sure to leave more of an impact in his second Super Bowl appearance when Pittsburgh took on the Arizona Cardinals in the 2008 championship game. Ben went an impressive 21-of-30 for 256 yards and one touchdown. That single touchdown came with just 35 seconds left in the fourth quarter, finding Santonio Holmes for a toe-dragging catch in the back corner of the endzone, a play still regarded as one of the greatest throw-and-catch combos in NFL history. The touchdown put the Steelers ahead and cemented the win, 27-23, bringing a sixth Super Bowl title back to the city of Pittsburgh.

While Ben has all of the accolades you could ask for from a franchise quarterback, his consistency is by far his greatest contribution. Through his 16-year career, a Roethlisberger-led Steelers team has never suffered a sub .500 record.

From 2006 to 2018, Roethlisberger had a mind-blowing streak of high-caliber football, playing in 190 games, averaging nearly 4,000 yards per season and not having a season under 3,000 yards. Roethlisberger has also maintained the consistency of being one of the most clutch quarterbacks in NFL history. He has led the Steelers to 42 game-winning drives in his career, with four of them coming in the Playoffs.

There is no doubt that the window is slowly closing on the career of Big Ben Roethlisberger, but in recent years his performances have done anything but regress. In fact, in 2018, Roethlisberger had one of the statistically best seasons of his lofty career. In 16 games, Ben had career highs in completions (452), passing yards (5,129), passing touchdowns (34), and was ultimately the NFL passing leader for the season.

The Steelers have provided Roethlisberger with a plethora of weapons on the offensive side of the ball in anticipation of his return in the 2020 campaign. So this video of Ben looking healthy and throwing to his teammates is certainly a reason to celebrate. In the video, there was a shot of JuJu Smith-Schuster addressing the camera with the simple statement “He’s Back”. Supporters of the Black and Gold have high hopes that Roethlisberger is not only back, but better than ever as he and the Steelers look to make a run for the franchise’s seventh Super Bowl title.

One response to ““He’s Back”: A Statistical Analysis of Ben Roethlisberger’s Career”