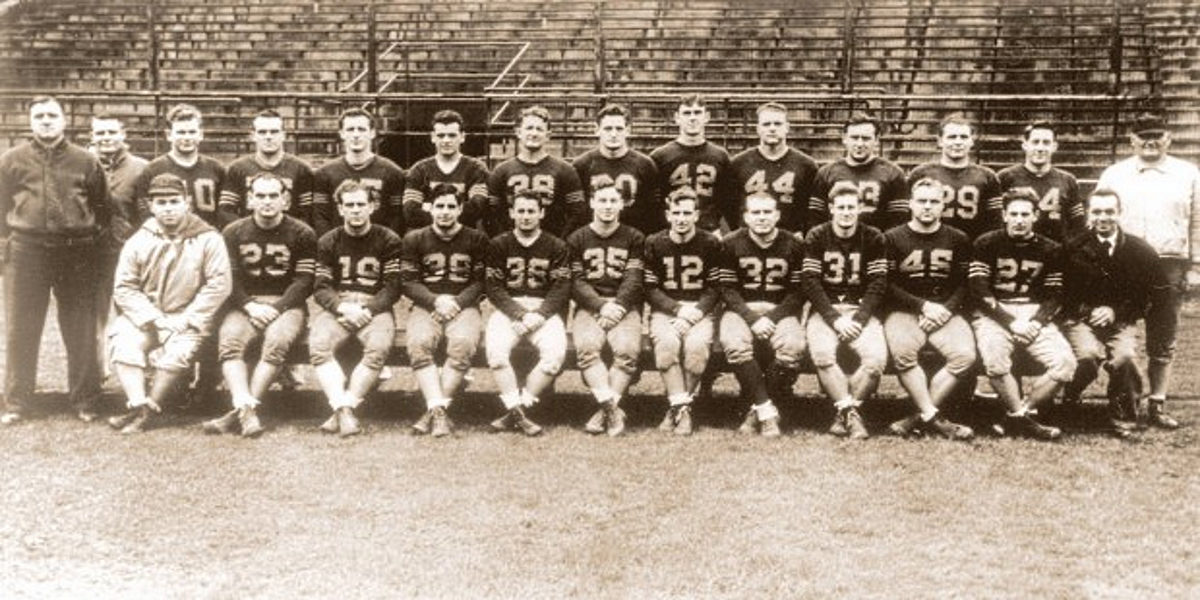 Roughly around this time, 56 years ago in 1944, the Pittsburgh Steelers and the Chicago Cardinals officially merged to combine teams for the 1944 season. It would be temporary but part of the lore for both teams throughout their franchises’ histories.

What led up to the merger

In 1944, World War II was fully engulfing much of the globe. In Europe and Africa, the United States joined Great Britain and “allied” forces in efforts to halt the efforts of Nazi Germany and fascist forces who supported Mussolini. In the Pacific, the United States and its allies were engaged in fierce battles against the Empire of Japan. Able-bodied men typically were on the fighting fronts, making it difficult to continue professional sports in America.

During that same year, a new franchise, the Boston Yanks, came into the National Football League in 1944. In addition, the Cleveland Rams – who were not able to field a team in 1943 – were able to start back up and rejoin the league. With the Philadelphia Eagles and the Pittsburgh Steelers resuming operations as normal after their season together as the “Steagles”, an 11-team league was ready to play; that number of teams made it impossible to create a schedule for.

NFL Commissioner, Elmer Layden, contacted Art Rooney and Bert Bell of the Steelers to inquire if they would again merge their team with another in order to create a league of 10 teams. Rooney agreed, on the terms that at least half of their home games would be played in Pittsburgh at Forbes Field.

#OTD in 1944 the NFL announced the temporary merger of the Chicago Cardinals and Pittsburgh Steelers, commonly known as Card-Pitt. pic.twitter.com/6TMUcWv2CO

Commissioner Layden was wary of merging Pittsburgh with a team who not a member of the league the previous year – in the Cleveland Rams – and Rooney rejected the proposal of the Brooklyn Tigers being their merger partners as well as the new Boston Yanks. Eventually, it was agreed to merge with the Chicago Cardinals, who had gone winless in 1943 as well as being in the middle of a 16-game losing streak dating back to October of 1942.

“The season couldn’t have turned out any worse than this one.” – Bert Bell, co-owner of the Pittsburgh Steelers at the time, reflecting on the 1944 season

A shortage of players during World War II led to a merger between the Chicago Cardinals and Pittsburgh Steelers for 1944, Card-Pitt. pic.twitter.com/qBBJfKOJBq

In addition to merging with a winless Cardinals team, it was also agreed that the merged Card-Pitt team would play in the Western Division. This was a much tougher division that included teams like the Green Bay Packers and the Chicago Bears.

It’s no coincidence that Card-Pitt did not have a successful season that year, to say the least. After training camp was held in Waukesha, Wisconsin, the team went on to lose all three exhibition games as well as going 0-10 during the regular season.

“Why don’t they call themselves the Car-Pits? I think it’s very appropriate as every team in the league walks over them.” – Irate fan letter to the Pittsburgh Post-Gazette

During their winless season, their punters averaged 32.7 yards per kick, a record-worst in that category. The team went 0-2 in field goal attempts and missed four-of-15 extra-point tries. Card-Pitt scored only eight total touchdowns the entire season and their quarterbacks threw for a completion percentage of 31. Those same passers threw for 41 interceptions (the third-highest number in NFL history even though they only played a ten-game season as opposed to the current 16 regular-season games). One quarterback even finished the season with a quarterback rating of 3.0. Teams outscored Card-Pitt, 328-108, which is an average of 32.8-10.8 points each game. Buddy Parker was an assistant coach of the team under Walt Kiesling and Phil Handler.

“The worst team in NFL history.” – Art Rooney, founder/owner of the Pittsburgh Steelers

The roster consisted of the following members:

World War II ended before the 1945 NFL season kicked off, so both teams (the Chicago Cardinals and Pittsburgh Steelers) were able to resume operations as normal and disbanded.

The two ill-fated merged teams got better over the years as individual teams, despite the Cardinals moving to St. Louis (Missouri) and Phoenix (Arizona) before settling on “Arizona Cardinals” (Glendale, Arizona) as their official name. The Steelers and Cardinals faced each other in February 2009 in Super Bowl XLIII. The Steelers won, 27-23.