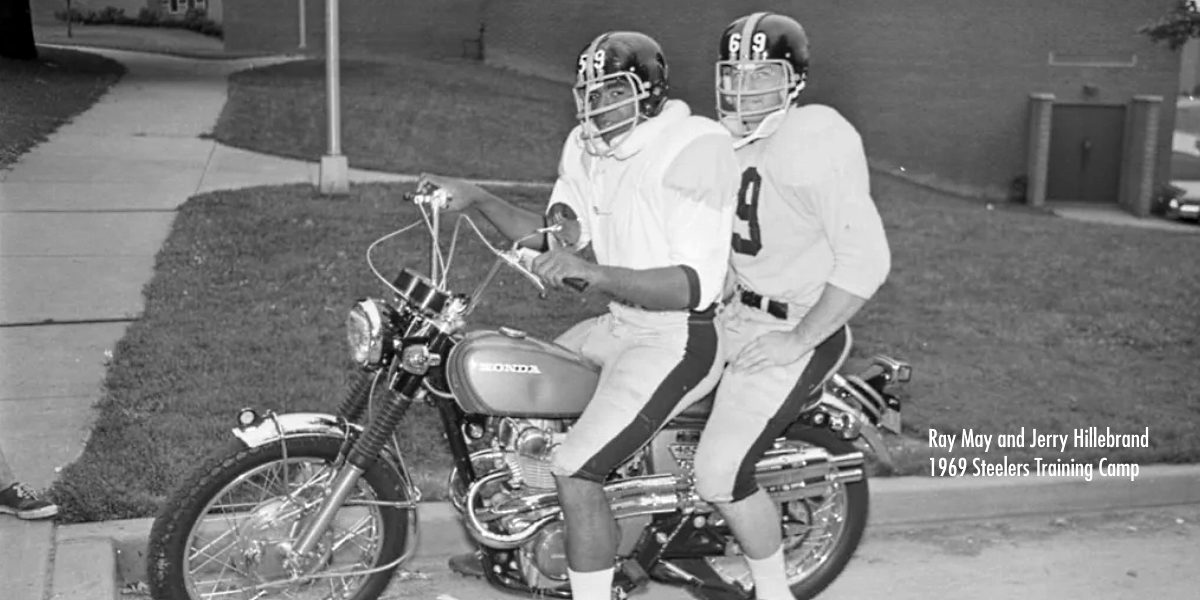 Steel City Underground presents “Steelers Throwback Thursday” featuring plays, stories, and recaps from recent and past seasons which you may have forgotten about!

Under normal circumstances, the next week and a half would typically bring NFL teams together at various training facilities for the annual summer training camp. Over the last decade and a half, it has become a tradition for various players to make a grand entrance as they arrive at their respective facilities. Due to the ongoing COVID-19 challenges this year, we’re unlikely to see players enter camp like in years past. For a bit of fun, let’s take a look at some of the best grand entrances Steelers players have made as they arrived at Saint Vincent College in Latrobe, Pennsylvania, in recent years!

Last year in 2019, Rogers pulled up to training camp in a semi-truck. He came wearing a hardhat, overalls, boots and holding a dumbbell for good measure.

In 2018, Williams arrived at camp dressed as former WWE star “Stone-Cold” Steve Austin. He came wearing cut-off shorts, a studded vest, and a championship belt while playing the theme song out of his truck.

Tyrone Carter and Deshea Townsend were two of the first NFL players to start making grand entrances to summer training camps in Latrobe during the last decade or so. In 2006, just after the Pittsburgh Steelers won their fifth Super Bowl, the two drove up in classic cars. Carter came in a modified 1975 Caprice Classic convertible while Townsend drove a 1971 Cutlass Supreme. Carter and Townsend led a fleet of players driving classic cars and in addition to the Caprice and Cutlass, it was also reported that there was a 1965 Chevy Impala SS involved.

Harrison came to training camp in style a couple of times. In 2009, after being named 2008 Defensive Player of the Year and the Pittsburgh Steelers won their sixth Super Bowl, Harrison drove up in a “smart car”. Then, in 2017, he went in the opposite direction of a small, motorized vehicle. The ageless wonder arrived in a firetruck. Lights and sirens blaring, the firetruck sped down the road before coming to a quick stop. Harrison got out of the vehicle and announced, “Gotta put out the fire.”

Another Pittsburgh Steelers player to arrive at training camp in style multiple years was long-time defensive end, Brett Keisel. In 2012, Keisel came to camp in a bright orange Kubota tractor. He followed it up in 2013 in a shiny, yellow dump truck as he sported a Pittsburgh Steelers hardhat.

When you're Brett Keisel, you arrive for training camp in an orange tractor and a Brett Keisel T-shirt: pic.twitter.com/5HmKiLuH

Brown was always very good at making an entrance into training camp. He topped his final training camp with the Pittsburgh Steelers in 2018 off by arriving in a helicopter with his family.