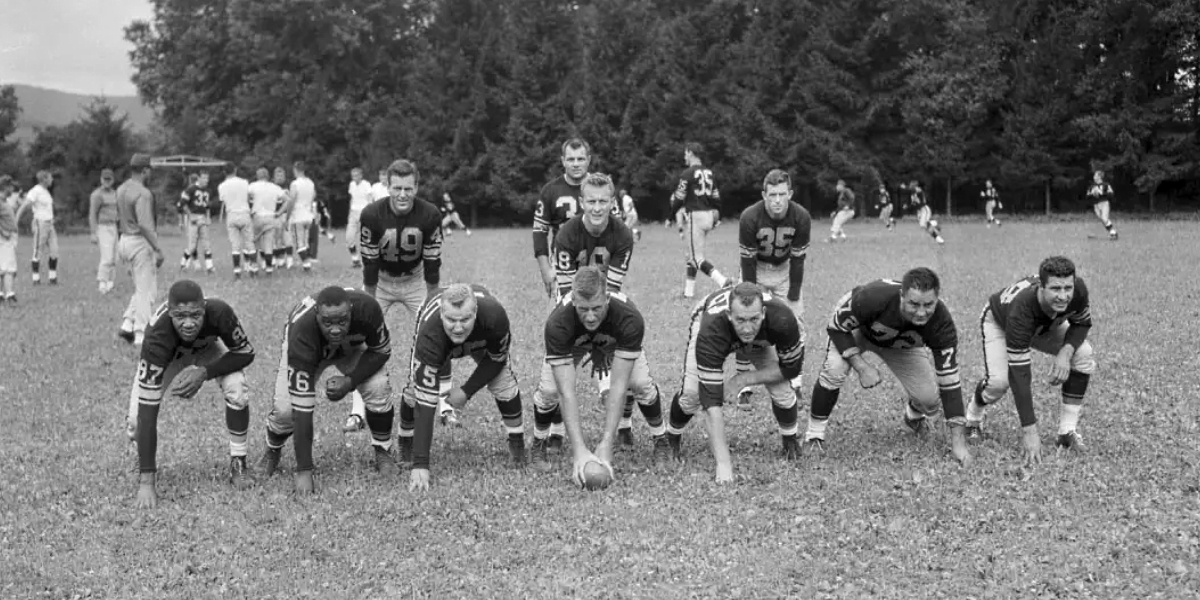 In a typical offseason, NFL teams would currently be in the middle of training camp and getting ready for the preseason, starting with the Hall of Fame game that would have taken place Thursday night with the Pittsburgh Steelers facing the Dallas Cowboys. This offseason has been anything but typical.

For many Steelers fans, Latrobe has been the only home for the Pittsburgh Steelers training camps that they have known. For over 50 years, St. Vincent College has hosted the professional football team as the Steelers found a stable place for the main portion of their offseason workouts. However, Pittsburgh has not always had their annual training camp in Latrobe, Pennsylvania.

The Steelers started going to St. Vincent in 1966 but, prior to that, they were at 11 different training camp locations. They began in 1933 at Newell’s Grove, Greensburg, before going to South Park until 1938. They moved to St. Francis University in Loretto, Pennsylvania for three years before going to Hershey, Pennsylvania. The team was in Hersey until 1947, but in the middle of their stay, the Steelers merged with the Philadelphia Eagles and the Chicago Cardinals for two separate years. When they merged with the Eagles, they had camp in Philadelphia. When they merged with the Cardinals, they had camp up in Waukesha, Wisconsin.

After coming back to Hershey, the next location for the Pittsburgh Steelers training camp was at Alliance College in Cambridge Springs, Pennsylvania from 1947-1951. As the Steelers could not stay in one location for more than a few years, they were on the move again. This time, the next six years would be at St. Bonaventure University in New York, north of Pittsburgh in western New York. Then, the next three years would be at California University of Pennsylvania in California, Pennsylvania. When the Steelers were having training camp there, the college was actually called ‘California State Teachers College.’ They stayed there from 1958-1960.

Three more universities to host the Pittsburgh Steelers for their annual training camp and the next location was Slippery Rock University of Pennsylvania for only one season in 1961. Two seasons were then had at West Liberty University in West Liberty, West Virginia from 1962-1963. Finally, the last location that hosted the Steelers for training camp before settling in at St. Vincent was the University of Rhode Island. Art Rooney Sr. took the team all the way to Rhode Island for three seasons in 1964, 1965, and 1966. During their stint at the University of Rhode Island, the Steelers held a few practices in Latrobe which introduced the idea of St. Vincent College for their future, permanent, training camp location.