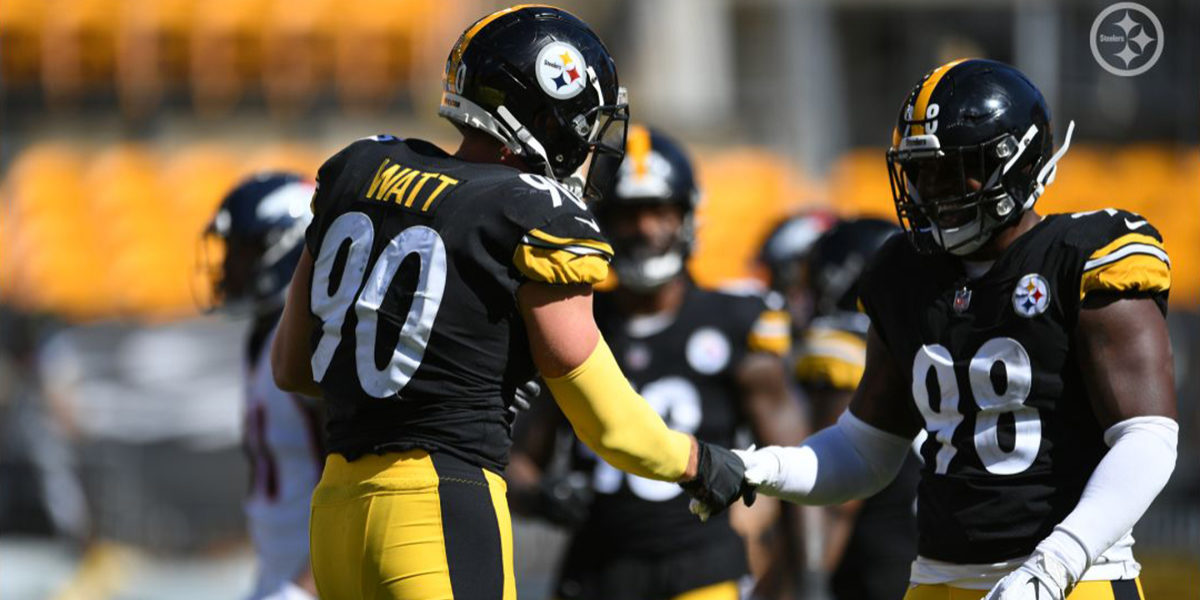 Steelers Scouting Report: What to expect from the Houston Texans

So far the 2020 season is looking bright for the Pittsburgh Steelers. While it was closer than I had hoped last week, they were able to hold on for a 26-21 victory over the Broncos to get off to a 2-0 start on the season. However, each week is a new challenge and Pittsburgh’s week three matchup is an interesting one.

The Houston Texans have been on the opposite end of the spectrum this season as they are off to an 0-2 start. They opened with two of the league’s best in Baltimore and Kansas City, and still have some dangerous talent on their roster. With that being said, let’s take a look at this week’s opponent, the Houston Texans.

The Texans have a few key injuries to watch, mainly on the offensive side of the ball. Starting left tackle Laremy Tunsil is listed as questionable with an elbow injury and was limited in practice on Thursday. Running back Duke Johnson (Ankle) and wide receiver Brandin Cooks (Quadriceps) are also listed as questionable. Both Johnson and Cooks had limited participation in Thursday’s practice.

On defense, cornerback Gareon Conley remains on the Injured Reserve list with an ankle injury. Linebacker Peter Kalambayi is listed as questionable with a hamstring injury and was limited in Thursday’s practice.

As has been the case the past few seasons, the success of this Houston offense revolves around the play of their franchise quarterback Deshaun Watson. While Watson has all of the talents to be a top tier quarterback, he has unfortunately been running for his life the past two weeks. He has been sacked eight times through two games and has thrown for a combined 495 yards for two touchdowns and two interceptions.

This shaky Texans offensive line will face their toughest task yet with a dangerous Steelers front seven featuring the dynamic pass-rushing duo of TJ Watt and Bud Dupree along with veteran defensive end Cameron Heyward, Stephon Tuitt, Tyson Alualu, and linebackers Devin Bush and Vince Williams. This group has been near unstoppable this season as they are second in the league with 10 total sacks. Watt is tied for first in the league with 2.5 sacks.

If he has time to throw, Watson will look to newly acquired wide receiver Brandin Cooks as his top target. Cooks has seven receptions for a team-leading 115 yards so far this season. He will be joined in the wide receiver core by Will Fuller, Kenny Stills, Keke Coutee, and veteran Randall Cobb, along with tight ends Darren Fells and Jordan Akins.

They are facing a Steelers secondary that is loaded will talent but has been in the middle of the pack in the league from a production standpoint so far. This secondary has given up 238.5 passing yards per game along with four total touchdowns and coming away with three interceptions so far.

Watson will hope to get some help from the running game that has been subpar so far this season. Former Arizona Cardinal David Johnson is their lead back, running the ball 22 times for 111 yards and a touchdown through the first two games. If healthy, Duke Johnson will also get some carries out of the backfield. When given space, Watson also has the ability to take off and run.

Things won’t be any easier for them on the ground this week as they are facing a Steelers defense that has been outstanding against the run so far. They have been the best defense against the run this season, only allowing 66.5 rushing yards per game and zero touchdowns.

Can Texans defense keep Pittsburgh out of the end zone?

Through two games this season, Houston’s defense has struggled to keep teams off the scoreboard. They have allowed 388 total yards per game along with 33.5 points per game which is near the bottom of the league.

As bad as those numbers look, they are surprisingly sitting at third in the league against the pass, allowing 190 yard per game and four total passing touchdowns. However, they have yet to come away with any interceptions so far. Their secondary is led by talented free safety Justin Reid who is joined by Eric Murray at strong safety. Veteran corner Bradley Roby is the starter at the right corner with second-year corner Lonnie Johnson Jr. getting the start at the other side. Vernon Hargreaves will also see meaningful snaps at corner.

They will be tasked with slowing down Steelers quarterback Ben Roethlisberger who is off to a solid start to the season. He is currently 11th in the league with 540 passing yards for five touchdowns and one interception. It helps that he has a wide variety of weapons lead by Juju Smith-Schuster and Diontae Johnson, along with James Washington, Chase Claypool, and tight end Eric Ebron.

Against the run, it has been a completely different story for this Texans defense. They are second to last in the league in rushing defense, allowing 198 yards per game and three total rushing touchdowns so far. Their front seven is led by future Hall of Fame defensive end J.J. Watt. He is joined on the defensive line by Charles Omenihu at the other defensive end and Brandon Dunn at defensive tackle. P.J. Hall should also see some time in the rotation at defensive tackle. Stacked behind them are Zach Cunningham and Benardick McKinney at the inside linebacker spots with Whitney Mercilus and Brennan Scarlett on the outside.

This front seven will be facing a banged-up Steelers offensive line who will look to create room for the running game to get going and take some pressure off of Roethlisberger. James Conner will continue to be the lead back as he seemed to find himself last week coming off an injury in week one, rushing for 106 yards and a touchdown against the Broncos. Benny Snell Jr. will also continue to get some carries and will hopefully have a game closer to his week one performance.

While it probably isn’t saying a lot, this should be the toughest matchup for the Steelers so far. I know the Texans are 0-2 but as I already mentioned, they played against two title contenders in the first two weeks. Although I believe the Steelers are a contender themselves, I still wouldn’t fully count out this Texans team as they still have a lot of talent.

Watson will continue to be on the run a lot this weekend as I don’t see the Texans having any answers for this pass rush. However, I still see him making some plays under pressure to keep this game interesting. I can see this game being close down to the wire but the Steelers will once again make plays down the stretch when needed.

Big Ben will find the end zone through the air at least twice and this could also be another big James Conner game as long as the new faces on the offensive line can hold their own.

At the end of the day, I have the Steelers holding on to win this one 24-17 to continue their undefeated season.