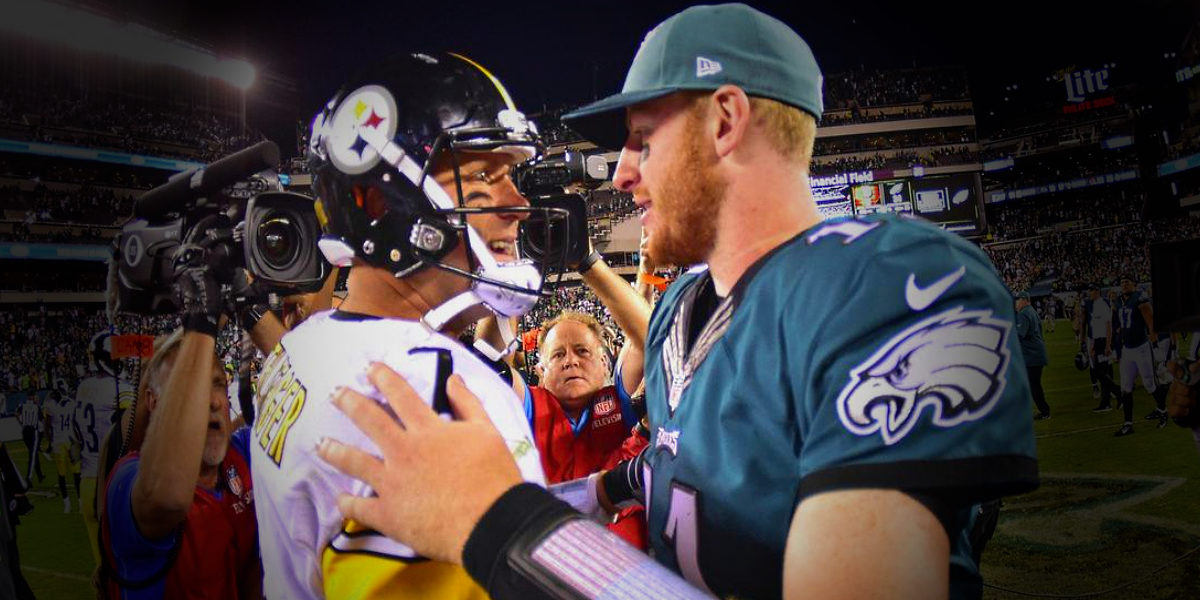 Steelers Scouting Report: What to Expect From the Philadelphia Eagles

After a frustrating week without Steelers football, they are finally back in action at Heinz Field this Sunday in their first game with fans in attendance. As we have all seen, the Steelers are off to exciting 3-0 start to the season and looking to keep their top spot in the AFC North. On the opposite side, the Eagles have digressed tremendously this season, sitting at a 1-2-1 record. Luckily for the Eagles, their division is terrible this year and they still sit at the top of the NFC East. Regardless of records, this should be an exciting matchup between the two teams from Pennsylvania. With all of this in mind, let’s take a closer look at this week’s opponent, the Philadelphia Eagles.

The Eagles are a team that has been hit hard by the injury bug this season. Before the season started, they lost starting left tackle Andre Dillard (Biceps) to the Injured Reserve and All Pro guard Brandon Brooks (Achilles) for the season. To make matters worse for their offensive line, veteran tackle Jason Peters (Toe) and guard Isaac Seumalo (Knee) are also both on the Injured Reserve. Right tackle Lane Johnson is listed as questionable with an ankle injury but was able to participate in practice on Thursday.

Rookie wide receivers Jalen Reagor (Thumb) and Quez Watkins (Upper Body), along with tight end Dallas Goedert (Ankle) will also be missing from the offense on Sunday as they were placed on the IR. Veteran receivers DeSean Jackson (Hamstring) and Alshon Jeffery (Foot) are both listed as questionable and were limited in practice on Thursday.

On the defensive side of the ball, they will be without defensive end Vinny Curry (Hamstring), cornerbacks Trevor Williams (Ribs) and Craig James (Thigh), linebacker T.J. Edwards (Hamstring), and safeties Will Parks (Hamstring) and Rudy Ford (Hamstring) as they are all on the IR. They could also be without cornerback Avonte Maddox who is dealing with an ankle injury and didn’t practice on Thursday. Free safety Rodney McLeod is listed as questionable with a hamstring injury but was able to practice on Thursday.

Can Carson Wentz Get Going?

A lot of the struggles for the Eagles this season have been due to low production from former second overall pick, quarterback Carson Wentz. He has only thrown for 930 yards so far with four touchdowns and a lead-leading seven interceptions. With that being said, pressure could be on him as rookie quarterback Jalen Hurts is sitting behind him. If Wentz wants to have any success on Sunday, he will have to hope that Jeffery and Jackson, or at least one of them can go. If not, he will be looking to tight end Zach Ertz as his top target along with a young group of receivers consisting of Greg Ward, J.J. Arcega-Whiteside, and rookie John Hightower.

He will be facing a talented Steelers secondary that has allowed 236 yards per game through the air and six touchdowns while coming away with four interceptions. To make things even more difficult, he has an inexperienced offensive line that will be tasked with keeping the dangerous pass rush of TJ Watt, Bud Dupree, Cameron Heyward, Stephon Tuitt, and Tyson Alualu out of the backfield.

As things could be looking slim in the passing game, the Eagles will look to get some production on the ground, especially from star running back Miles Sanders. Sanders hasn’t quite lived up to his high expectations yet as he is 20th in the league in rushing yards with 236 and only one touchdown. Boston Scott and Corey Clement should also see some carries on Sunday.

They will be facing a Steelers defense that is even more impressive against the run. Pittsburgh is currently the best in the league at stopping the run as they are holding opponents to 54 yards per game on the ground and have only given up one rushing touchdown.

Will Eagles Defense Keep Them in the Game?

While they have definitely had their woes on offense, the Eagles defense hasn’t been terrible statistically but will have to be better this week. They are currently sitting at 10th in the league in total defense, allowing 352.3 yards per game. However, they have also given up 26.8 points per game.

If you had to pick a strong suit for this defense, it would be against the run. They are 12th in the league against the run, allowing 108.8 yards per game and six total rushing touchdowns so far. The leader of their defense continues to be veteran defensive tackle Fletcher Cox. He will be joined on the front line by former Steeler Javon Hargrave at the other tackle with Brandon Graham and Derek Barnett at the defensive ends. Malik Jackson will rotate in at defensive tackle while Josh Sweat and Genard Avery will be in the defensive end rotation.

Behind them, things look rough in the linebacker core. Rookie Shaun Bradley will start at middle linebacker with Nathan Gerry and Duke Riley on the outside. Alex Singleton and rookie Davion Taylor will also be in the linebacker rotation. This group will be tasked with slowing down a Steelers rushing attack led by James Conner, who was starting to find himself after the unexpected bye week.

Things have not been easy so far this season for the Eagles’ secondary. They are currently 17th in the league in passing defense, allowing 243.5 yards per game and seven passing touchdowns while only coming away with two interceptions. Their secondary is led by newly acquired Darius Slay who will start at the left corner spot. He will be joined by Avonte Maddox at the right corner if he can play. Former Ram, Nickell Robey-Coleman, will likely line up in the slot and Cre’Von LeBlanc will also see time in the corner rotation.

Rodney McLeod will make the start at free safety with Jalen Mills at strong safety. Rookie K’Von Wallace and Marcus Epps should both also see some time. They will look to slow down Ben Roethlisberger who has been off to a solid start this season with 777 yards, seven touchdowns, and only one interception. It also helps that he has a wide variety of weapons to throw to led by top receiver JuJu Smith-Schuster, who can create problems against this secondary.

If both rosters were completely healthy, I could see this being a very close game. However, that is not the case. Looking at the offensive line for the Eagles, along with the available weapons, I see this being another long day for Wentz. Watt and Dupree should be able to have their way off the edge and their interior offensive line won’t be able to handle Heyward or Tuitt.

Offensively for the Steelers, I see Ben shredding this Philadelphia secondary. I look for this to be a big game for Diontae Johnson, especially if JuJu can show a threat early. Conner also shouldn’t have any problems finding success this week as the Eagles linebacker group is awful if he can get through the line.

At the end of the day, it comes down to the simple fact that the Steelers have the far better team. I have them winning this one 38-17 to keep their undefeated season going.