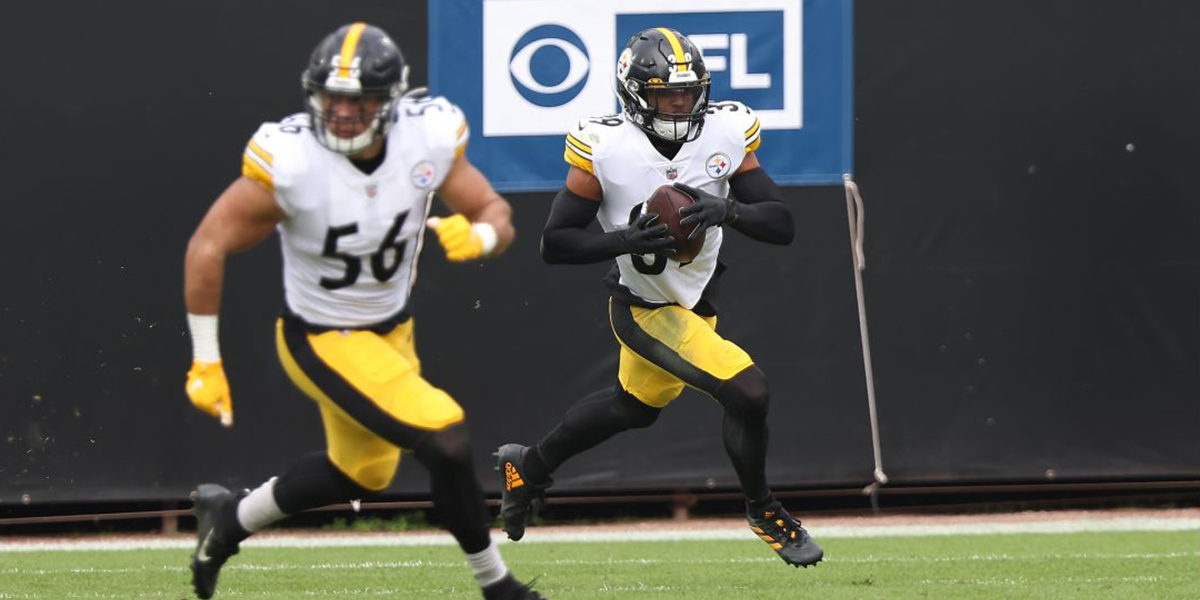 The “Good, the Bad, and the Ugly” from the Steelers matchup with the Jaguars

Following every Pittsburgh Steelers game, Travis Newton takes a no-holds-barred, unabashed look at what went well, not so good and just plain ugly. Here is this week’s edition of the “Good, the Bad, and the Ugly”

For the second week in a row, the Steelers have become engulfed in “the good” after a dominating performance over the Jaguars.

However, while their record at 10-0 denotes perfection, this team is far from it. A Thanksgiving divisional throwdown against the Ravens will be an excellent gauge for the Pittsburgh team and what we can expect to see the rest of the season.

You could take your pick of interceptions for “the good” this week with four total picks, but I choose Minkah Fitzpatrick’s tip-ball interception, as the Steelers were protecting their goalline from a Jacksonville score.

Once again, Fitzpatrick found himself in the right place at the right time when the pass from Jake Luton was tipped at the line of scrimmage by ex-Jag Tyson Alualu. Fitzpatrick sat under the fluttering pass attempt and took advantage of downfield blockers by grabbing the Steelers an additional 37 yards as he scampered down the sideline.

Had the competition been greater, this half-ending mistake by Ben Roethlisberger could have been more costly.

In field goal range, Big Ben got greedy trying to force a pass to James Washington in thick coverage. If there was a window for the pass at all, the Jags defense boarded it up when Daniel Thomas undercut the route, made the interception, and advanced it 54 yards upfield before being tripped up by Roethlisberger.

In one of the weirdest injuries, I can personally remember, Smith-Schuster was sent to the sideline with an apparent ankle/toe injury after stepping on an official’s flag.

Early movement by Chukwuma Okafor caused the officials to throw a flag for a false start that Smith-Schuster would unintentionally step on as he was finishing his route. He pulled up immediately after the freak accident, displaying a heavy limp and expressing his discontent on the bench.

The injury shouldn’t be a serious one for the young receiver, but it is a concern for the Steelers as they have a short week, approaching a Thursday Night game with the Ravens.