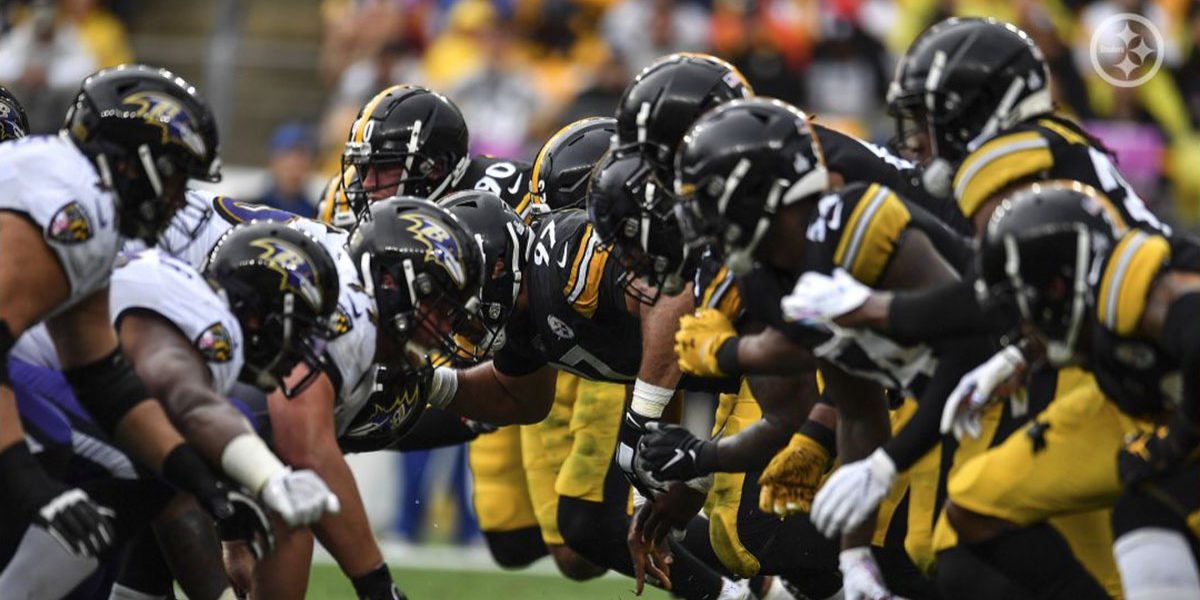 As it is Thanksgiving weekend, one big thing that myself and all of Steeler Nation can be proud of is how this Pittsburgh Steelers team is playing this season. They are off to the first 10-0 start in franchise history and are looking like a true Super Bowl caliber team.

However, as we all know, they will continue to get the best shot from every opponent as everyone wants to be the team to give them their first loss. This week was supposed to give us a Thanksgiving night matchup with a Baltimore Ravens team that is looking to put themselves back in the playoff picture.

Unfortunately, COVID-19 had other plans. After a ton of shuffling around, the game is on track to being played on Tuesday night. With that being said, let’s take a closer look at this week’s opponent, the Baltimore Ravens.

The Ravens have quite a list of injuries to take into consideration when discussing this game. On offense, they were already going to be without left tackle Ronnie Stanley (Ankle), tight end Nick Boyle (MCL), and wide receiver Chris Moore (Thigh) who were all placed on the IR.

On defense, they were already without cornerbacks Tavon Young (ACL) and Khalil Dorsey (Shoulder), defensive back Terrell Bonds (Knee), and linebacker Otaro Alaka (Knee) who were all placed on the IR.

Who will lead the Ravens offense?

As you can see in the injury report, the Ravens will be very shorthanded on offense. It starts with that man behind center, Lamar Jackson, being out. With both Jackson and Trace McSorley being out, Robert Griffin III will be penciled in as the starting quarterback.

Griffin has only attempted two passes this season, completing one for nine yards and throwing an interception on the other attempt.

He will be very shorthanded with weapons this week, without the top two backs, Andrews and Snead. Griffin will be relying on receivers Marquise Brown,  Miles Boykin, and rookie Devin Duvernay. You can also add newly acquired veteran Dez Bryant to that list as he was signed to the 53 man roster.

Unfortunately for Griffin, he will have his hands full this week as he is facing a very dangerous Steelers secondary. They currently rank third in the league in passing defense, allowing 203.5 yards per game and 15 total passing touchdowns this season. This secondary also leads the league with 15 interceptions. It also doesn’t help that he has a shorthanded offensive line protecting him against a Steelers pass rush led by TJ Watt and Bud Dupree that leads the league with 38 total sacks.

With the absence of Jackson, it also takes away the Ravens’ leading rusher. To make matters worse, they are going to be without their top two running backs on the depth chart. With Ingram and Dobbins being out, that will leave Gus Edwards as their starting running back. Edwards actually leads the running backs in carries this season with 85 carries and is second amongst their backs behind Dobbins with 376 yards for three touchdowns.

Edwards will be up against a Steelers front seven that has been strong against the run for the most part this season. Pittsburgh currently ranks seventh in the league against the run, allowing 103.4 yards per game and only five total rushing touchdowns so far this season.

Baltimore defense will have to carry the team

While it isn’t as bad as on the offensive side of the ball, the Ravens will also be without some key pieces on defense due to COVID. However, they will still have plenty of talent on this unit that has been solid so far this season. The Ravens currently rank eighth in the league in total defense, allowing 333 total yards per game and 19.5 points per game.

The strength of their defense has been against the pass where they rank seventh, giving up 217 yards per game and 14 total passing touchdowns while coming away with five interceptions. Their secondary is led by two All Pro cornerbacks in Marcus Peters and Marlon Humphrey. They will be joined in the secondary by Chuck Clark at strong safety and DeShon Elliott at free safety.

This secondary will be facing one of their toughest tasks yet as they are going up against a red hot Steelers passing game. Quarterback Ben Roethlisberger has played his way into the MVP race, throwing for 2,534 yards with 24 touchdowns and five interceptions. He will look to continue to spread the ball out to his abundance of weapons led by Diontae Johnson who has been very impressive in the past couple weeks, standout rookie Chase Claypool, and an emerging leader in Juju Smith-Schuster.

Against the run, the Ravens have been more in the middle of the pack this year. They currently rank 17th in the league in rushing defense, allowing 116 yards per game and eight total rushing touchdowns.

Their front seven has been led this season by the impressive rookie middle linebacker Patrick Queen who leads the team with 70 total tackles. He will be joined in the linebacker core by L.J. Fort on the inside with Tyus Bowser filling in for Judon on the outside. Rookie Malik Harrison will rotate in at inside linebacker.

In front of them, the defensive line will likely look a lot different because of COVID. With the top three options at defensive tackle and top two defensive ends being out, the starters at those positions will be up in the air. The rest of the line will consist of  joined Justin Ellis stepping in for Brandon Williams at nose and Yannick Ngakoue off the edge.

This group will be facing a Steelers rushing attack that has struggled in the past few weeks. They will be without lead back James Conner who tested positive for COVID-19. That will leave them with Benny Snell Jr. and rookie Anthony McFarland getting most of the carries.

The biggest thing surrounding this game is if it will be played. Hopefully even with all these positive tests, it will still be on for Tuesday.

If the game is still on for this week, I highly believe the Ravens will be in trouble. Griffin will be shorthanded when it comes to both weapons and an offensive line while playing against a very angry Pittsburgh defense after getting their game postponed.

On the opposite side, the Ravens may make some stops early to keep them in the game but I see Ben making plays to help them pull away. I also see this being a big game for Snell to prove himself worthy of more carries against this slim defensive front for the Ravens.

I have the Steelers pulling away with a 31-13 victory to improve to 11-0 and put the Ravens out of the AFC North title race.