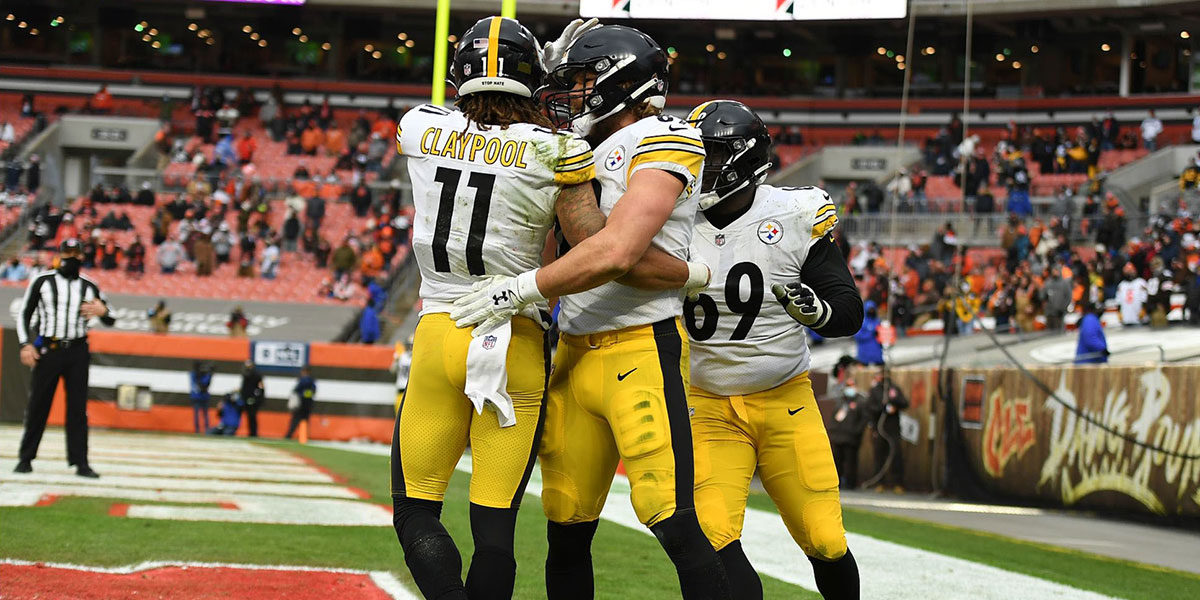 The “Good, the Bad, and the Ugly” as the Steelers fall to the Browns

Following every Pittsburgh Steelers game, Travis Newton takes a no-holds-barred, unabashed look at what went well, not so good, and just plain ugly. Here is this week’s edition of the “Good, the Bad, and the Ugly”

The NFL regular season has come to an end and what has been a rollercoaster of a season for the Pittsburgh Steelers will now be tested as they approach the Playoffs. The Steelers finished their season against the Browns by resting a number of key players, coming into Cleveland with a glaring disadvantage.

However, Mike Tomlin had his team ready to play as they put up a good fight in a loss to the Browns. Having split their two regular season games, the two will match up in the first round of the Playoffs with a lot more than divisional pride on the line.

As just a rookie, Chase Claypool has emerged as one of the top offensive threats on this Steelers team. He has been making plays all season with this one being a perfect example of Claypool using his size and strength.

On 4th-and-long down two scores, Pittsburgh needed a spark to give them any hope of making it a game. Claypool provided when Mason Rudolph chucked a pass downfield to the young receiver who got a break off the line with a vertical route. With the ball hanging in the air, Claypool boxed out the defender to secure the catch and touchdown, making it his ninth of the season.

All things considered; Mason Rudolph certainly exceeded expectations in a matchup versus a Browns team that has a dicey relationship with the second-year quarterback. And while Rudolph did have a solid game overall, there were a few plays that he left on the field that show the decision-making abilities are not there completely.

Facing pressure from the Cleveland Defense, Rudolph was forced to get rid of the ball quicker than anticipated. Saying a prayer, he lobbed the ball in the direction of Smith-Schuster with no regard for the hazards awaiting.

Defensive back, M.J. Stewart, jumped the floating pass and completed the interception by returning it 30 yards down to the Pittsburgh 20 yard line. The interception led to a score the other way for the Cleveland Browns, extending their lead to 15 to start the 4th Quarter.

To start the game, Pittsburgh made a critical error in allowing the Browns to take their first drive 85 yards in six plays, capped off by a Nick Chubb touchdown. In front of their home crowd and chasing a Playoff spot, a big play to start the game was the best-case scenario for the browns.

Chubb took the handoff to the right side before splitting two defenders and finding open space. Once finding a seam, Chubb used his speed to eat up yards down the sideline, before making Minkah Fitzpatrick miss what would typically be a sure handed tackle. Chubb took the ball 47 yards on the play, giving the Browns all the confidence in the world out of the gate.