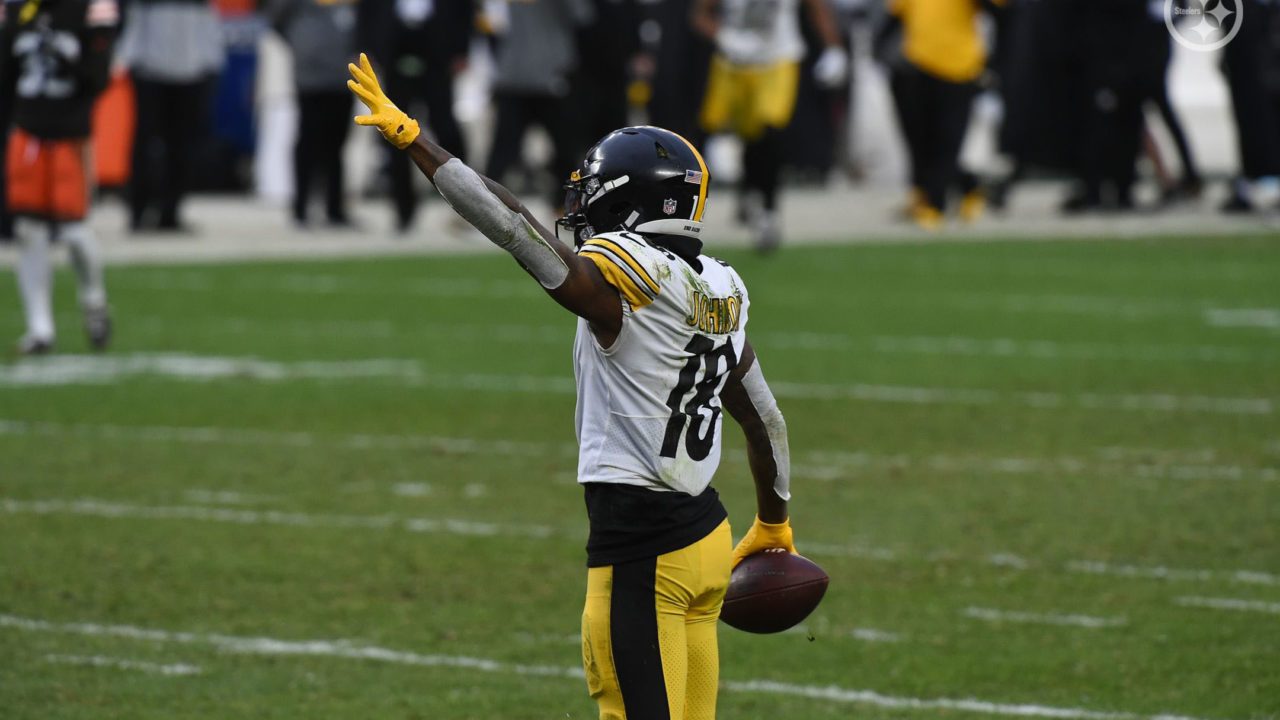 Football fans, one of my favorite times of the year has finally arrived, the NFL playoffs! To make things even better, the Pittsburgh Steelers find themselves back in the postseason as they will host the Cleveland Browns on Sunday night.

These two AFC North rivals are no strangers to each other as Cleveland claimed their spot in the playoffs by sneaking away with a 24-22 victory over the Steelers just last weekend.

However, the slate is clean and the new season has begun as both teams will look to keep their journey to the Super Bowl alive. With that being said, let’s take a closer look at this week’s opponent, the Cleveland Browns.

The Cleveland Browns are a team that has had to deal with some key injuries throughout the season and still have some to keep in mind for this Sunday’s game.

On offense, they will be without wide receivers Odell Beckham Jr. (ACL), Taywan Taylor (Neck), JoJo Natson (ACL), as well as offensive guard Chris Hubbard (Kneecap), as they are all on the IR. Tight end Harrison Bryant, offensive guard Joel Bitonio, and wide receiver KhaDarel Hodge are on the COVID-19 list.

Defensively, the Browns will be without starting defensive end Olivier Vernon (Achilles), as well as back up defensive ends Curtis Weaver (Foot), George Obinna (Triceps), and Trevon Young (Undisclosed), and cornerback Greedy Williams (Shoulder) as they are all on the IR.

Star defensive end Myles Garett (Shoulder), defensive tackle Sheldon Richardson (Neck), and cornerbacks M.J. Stewart (Calf) and Terrance Mitchell (Personal) are all listed as questionable. Garrett was a full participant in Thursday’s practice while Richardson and Stewart were limited and Mitchell’s practice status was not reported.

Can Baker win a playoff game?

As much as Baker Mayfield is criticized for his up and down play, along with his personality, he has done something that a quarterback in Cleveland hasn’t accomplished since Tim Couch, leading the Browns to a playoff appearance.

However, just like I said before last weekend’s game, he is a player that can either have a huge game or kill his team’s chances at any given moment.

In the regular season, he finished with 3.563 yards for 26 touchdowns and eight interceptions.

Last week against the Steelers, he didn’t do anything crazy but it was enough to win as he threw for 196 yards and a touchdown with zero interceptions. He will hope to get a big game out of his top receiver, Jarvis Landry, who has 72 receptions for 840 yards and three touchdowns on the season. Landry will be joined in the passing attack by Rashard Higgins, Donovan Peoples-Jones, and a reliable tight end in Austin Hooper.

This weekend, he will be facing one of the best secondaries in the league once again. The Steelers finished the season third in passing defense, allowing 194.4 yards per game and 22 total passing touchdowns, and were tied for the league lead in interceptions with 18.

All-Pro free safety Minkah Fitzpatrick will be waiting for his opportunity to make a big play in the secondary and it will help that they have All-Pro edge rusher T.J. Watt and defensive end Cameron Heyward back to force Mayfield into some tough throws.

For the past few seasons, the Browns’ offense has revolved around the run. This is due to them having arguably the best running back duo in the league in Nick Chubb and Kareem Hunt.

Chubb finished the season ranked seventh in the league with 1,067 rushing yards and 12 touchdowns.

He had a solid performance against the Steelers last Sunday, carrying the ball 14 times for 108 yards and a touchdown. While he will be the feature back, don’t count out Hunt as he is known to put up big numbers himself and will be used frequently in the passing game.

This rushing attack will be facing a Steelers front seven that finished the season ranked 11th against the run. Pittsburgh allowed 111.4 rushing yards per game and 13 total rushing touchdowns this season.

As I mentioned, they will get Heyward back this week to help clog things up but they will also be welcoming back linebacker Robert Spillane after being very shorthanded at the position towards the end of the regular season.

How will things look with Big Ben back under center?

On the defensive side of the ball, the Browns have been more towards the middle of the pack. They finished the season ranked 16th in total defense, allowing 358.4 total yards per game and 26.2 points per game.

The strength of their defense has been against the run, where they finished ninth in the league, giving up 110.8 rushing yards per game and 16 total rushing touchdowns.

Their front seven is led by one of the best defensive ends in the league in Myles Garrett who had 48 total tackles with ten tackles for loss this season. He will be joined on the defensive line by Sheldon Richardson and Larry Ogunjobi at the tackles with either Porter Gustin or Adrian Clayborn stepping in for Olivier Vernon at the opposite end.

Behind them, the linebacker core consists of B.J. Goodson, Sione Takitaki, and Jacob Phillips with Mack Wilson and Tae Davis rotating in.

Last weekend, they held the Steelers to 85 total rushing yards and zero touchdowns. Lead back James Conner will be looking to get on the right track this week after a 37-yard performance last Sunday.

Along with trying to help the Steelers to the Super Bowl, Conner is in a contract year so this postseason will be huge for him.

Against the pass, the Browns struggled this season. They finished the year ranked 22nd in passing defense, allowing 247.6 yards per game and 31 passing touchdowns while coming away with 11 interceptions. Their secondary is in question and looks like it could be very slim this weekend.

Denzel Ward and Kevin Johnson are both on the COVID-19 list so third-stringer M.J. Stewart should be the starter at corner if he can play. Stewart will be joined at the other corner by Terrance Mitchell if he can play, along with Karl Joseph starting at strong safety in place of Ronnie Harrison and Andrew Sendejo at free safety.

This past Sunday, the Browns faced back up quarterback Mason Rudolph while Ben Roethlisberger rested. Rudolph had a solid game statistically even in a loss, throwing for 315 yards with two touchdowns and an interception. Unfortunately for the Browns, he’s nowhere close to being Big Ben so they will have their hands full this weekend.

Times should be exciting for Browns fans as they finally reached the postseason after many horrible seasons. They will come into Pittsburgh bursting with confidence after their win last weekend. Unfortunately for them, that excitement will be short-lived.

While I don’t want to make excuses for the Steelers or bash any of our players, the Browns barely beat a team filled with backups last Sunday.

This game will be a completely different scene at Heinz Field with fans in the stands and all healthy players in action for the Steelers. I see Ben coming back and doing what he usually does to the Browns, leading the offense to a victory.

My prediction is that he throws for over 300 yards and three touchdowns in this one. On the other side of the ball, Watt and Heyward will make their presence felt, helping this deadly Steelers pass rush make things very uncomfortable for Baker all night.

This will be a close game for about three quarters but the Steelers will pull away in the end with a 31-20 victory.