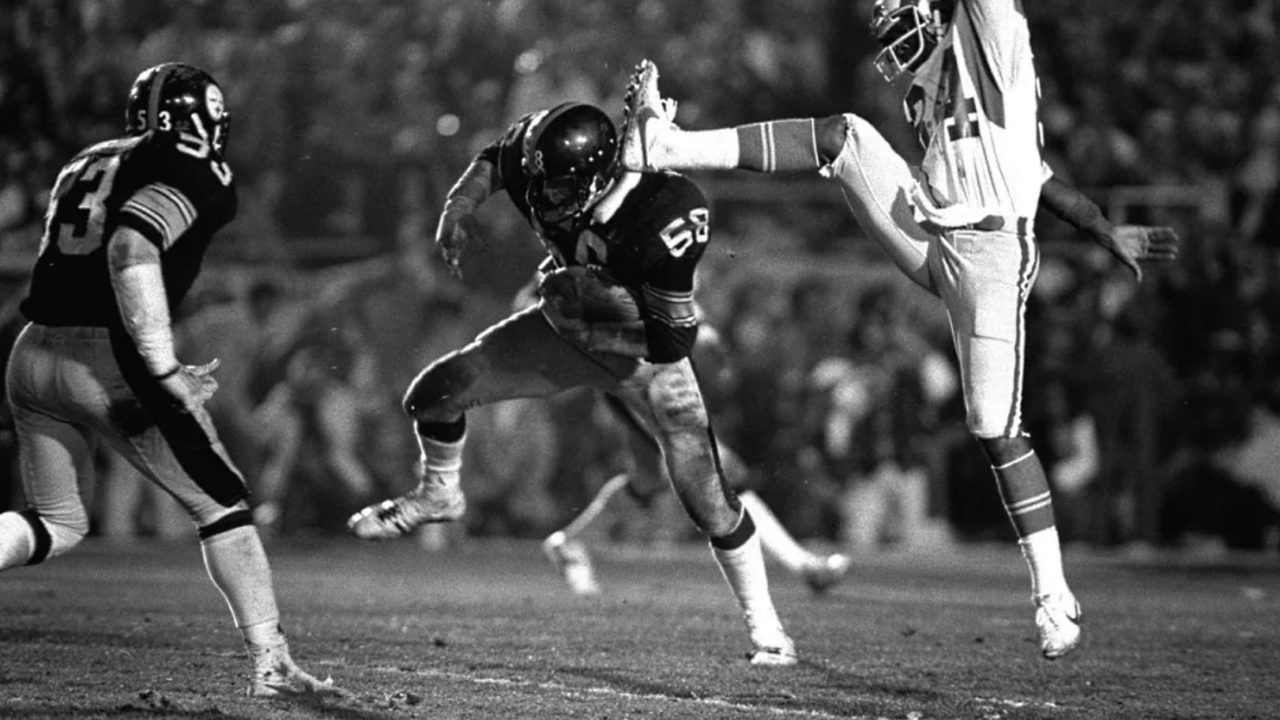 On January 20th, 1980, the Pittsburgh Steelers faced the Los Angeles Rams in Super Bowl XIV. The Steelers defeated the Rams, 31-19, at the Rose Bowl in Pasadena, California in front of an audience of 103,985. The win gave the Steelers four Super Bowl victories, becoming the first team to win four Super Bowl trophies.

The Steelers won the AFC Central and posted a 12-4 record, including going 8-0 at home. During the 1979 season, the Steelers lead the league in offense with 6,258 yards in total offense. They averaged 391 yards per game, which was 31 yards short of the NFL record at the time. They also led the league in scoring, where they scored an average of 26 points a game. Terry Bradshaw threw for 3,724 yards and 26 touchdowns. However, he did throw for 25 interceptions! John Stallworth and Lynn Swann combined for just shy of 2,000 receiving yards, and Franco Harris led the team with 1,186 rushing yards and 11 touchdowns. This was Harris’ 7th consecutive season with more than 1,000 rushing yards, tying the NFL record set by Jim Brown. In total, the offense produced 52 total turnovers, leading the NFL that particular season.

As the Pittsburgh Steelers went into the playoffs, they beat the Miami Dolphins 34-14 and the Houston Oilers 27-13. With the AFC’s best defense, the Steelers held Larry Csonka and Earl Campbell to a combined 35 rushing yards. Campbell led the league in rushing that season with 1,697 yards, but the Steelers held him to just 15 rushing yards in their playoff game.

The Pittsburgh Steelers were heavily favored going into the matchup against the Los Angeles Rams. However, the Rams led at halftime, 13-10, and led at the beginning of the fourth quarter, 19-17. The Steelers held the Rams scoreless in the fourth quarter while showing how they led the league in total offense that season, scoring 14 points in the final minutes to seal their fourth Super Bowl victory.

Pittsburgh celebrated their third major championship victory in 13 months. The Steelers won the Super Bowl twice while the Pirates won the World Series in between Super Bowl victories. Shortly after the success of the two programs, the Pittsburgh Penguins (NHL) changed their team colors to match the Steelers and Pirates with black and gold (and the city flag).