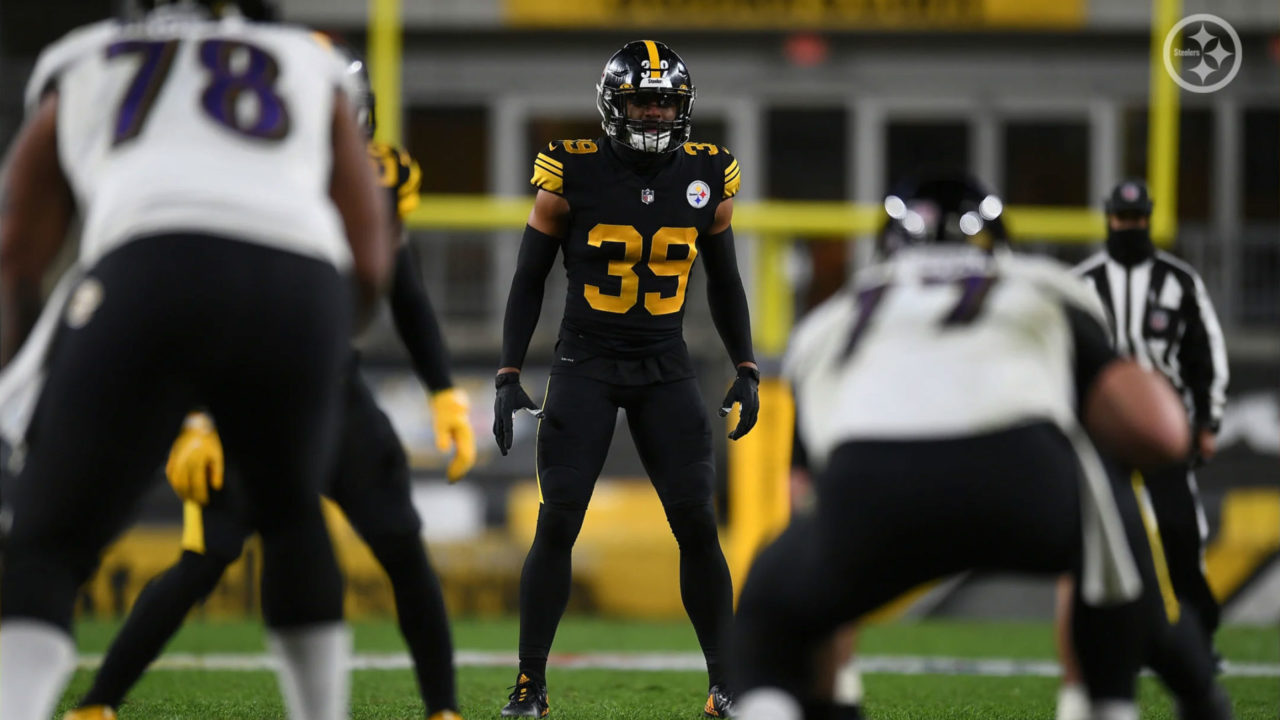 Last Sunday was one that fans of the Pittsburgh Steelers will want to forget. The Steelers suffered a very ugly loss on the road against the Cincinnati Bengals in a game that they simply couldn’t find anything positive on either side of the ball. Luckily, this week is a new week and they are still very much in the playoff hunt. However, this week’s matchup is one that is very close to a must-win. The Steelers will be back at home this weekend to host their division rival, the Baltimore Ravens who will be looking to keep their spot at the top of the division. With that in mind, let’s take a look at this week’s opponent.

The Ravens are a team that have dealt with several injuries throughout the season. They have been rotating through running backs this season as their top two backs J.K. Dobbins and Gus Edwards have both been out all season with a torn ACL.

They will also be missing offensive tackle Ronnie Stanley due to an ankle injury and could be without fellow tackle Patrick Mekari who is also dealing with an ankle injury and did not practice on Wednesday. Fullback Patrick Ricard (foot), wide receiver Devin Duvernay (thigh), and tight end Nick Boyle (knee) were also absent from Wednesday’s practice.

As has been the case for the past few seasons, the Baltimore Ravens have been the “Lamar Jackson Show” on offense.

This is especially true on the ground game as he is their leading rusher. Jackson is ninth in the league amongst all players in rushing with 123 carries for 707 yards and two touchdowns.

Their next leading rusher is veteran running back Devonta Freeman who has 75 carries for 324 yards and three scores.

This rushing attack will be facing a Steelers front seven that has been one of the worst in the league at stopping the run, especially last weekend where Bengals’ running back Joe Mixon seemed to have his way. The Steelers are 28th in the NFL in run defense, allowing 133.1 rushing yards per game and eleven rushing touchdowns.

As I have said many times, someone has to step up besides Cameron Heyward and T.J. Watt if this defense wants to have any chance of improvement.

While he is known for his running ability, Jackson also has shown improvement as a passer throughout his career. He has thrown for 2,612 yards with 15 touchdowns but could improve his decision making as he has also thrown 12 interceptions this season.

His top target this season has been wide receiver Marquise Brown who has 60 catches for 770 yards and six touchdowns so far. Joining Brown in the passing game will be Sammy Watkins and rookie receiver Rashod Bateman, along with one of the best pass-catching tight ends in the league in Mark Andrews.

Jackson will be facing a Steelers secondary that has had their struggles this season, especially while dealing with injuries. However, they are still somehow 12th in the NFL in passing defense, allowing 234.5 passing yards per game and 16 touchdowns while coming away with five interceptions.

A good sign for their secondary is that free safety Minkah Fitzpatrick was finally able to make a play last weekend. It will also help them tremendously if they can get cornerback Joe Haden back who has been dealing with a foot injury.

Ravens defense is not what they used to be

As you can see in the injury report, the Ravens have been missing several key pieces on the defensive side of the ball and it has shown as they are not the dominant defense that they have been historically.

However, they still have some talent and are not the worst defense out there as they are 19th in the league in total defense. The Ravens have allowed 359.9 total yards per game and 21.8 points per game.

The strength of this defense has been against the run, where the Ravens rank second in the league. They have allowed only 84.2 rushing yards per game and ten rushing touchdowns on the season.

Their front seven is led by an impressive young linebacker in Patrick Queen who leads the team with 62 total tackles. He will be joined at linebacker by Josh Bynes on the inside with Justin Houston and Tyus Bowser on the outside. Chris Board will also rotate in at inside linebacker with Jaylon Ferguson and Odafe Oweh rotating on the outside if healthy. In front of them, the defensive line is led by veteran defensive tackle Calais Campbell who will be joined by Brandon Williams at nose and Justin Madubuike at end.

They will be facing a Steelers rushing attack that has had a lot of ups and downs this season, mainly due to offensive line play. Rookie running back Najee Harris is eighth in the NFL in rushing with 196 carries for 708 yards and five touchdowns.

Things got ugly for him last week in a performance that the Steelers will not want to repeat in which he only rushed for 23 yards on eight carries.

While they have been outstanding against the run, the same cannot be said for the Ravens’ passing defense. They are currently dead last in the league against the pass, allowing 275.7 passing yards per game and 17 passing touchdowns while coming away with only five interceptions.

If everyone is healthy, their secondary will be led by  2020 All-Pro cornerback Marlon Humphrey, who will be joined by Anthony Averett at the other corner. Tavon Young and Chris Westry will also be used in the rotation. Joining them on the backend of the secondary will be Chuck Clark at strong safety and Brandon Stephens at free safety.

This secondary will be facing a Steelers passing attack led by a veteran Ben Roethlisberger who has been a shell of himself for the most part this season. The passing game was a mess last week with a mixture of poor decision making, bad play calling, and poor blocking.

The good thing is, the Steelers do seem to have two very reliable weapons in Diontae Johnson and rookie tight end Pat Freiermuth. However, it takes more than a couple players to win games.

As I already mentioned, this is a huge game for the Steelers. They have to bounce back from last weekend’s embarrassment if they want any chance of making the playoffs. This is also a key divisional game as all four teams are still in the hunt.

The key to this game will be the defense stepping up and containing Lamar Jackson, which they have done a solid job of in the past. This weekend will call for a huge game from edge rushers T.J. Watt and Alex Highsmith to keep Jackson in the pocket and make him uncomfortable.

Overall, I think Jackson will make some plays but I like our pass rush group to step up when needed.

On the other side of the ball, if they can get some protection and have a solid game plan, this is a huge opportunity for a bounce back game for Roethlisberger. Besides Humphrey, this Baltimore secondary is very mediocre and should give opportunities for some big plays down the field.

When it is all said and done, this is a home game with a lot on the line. The Heinz Field crowd is going to be electric and fans are hungry for any glimmer of hope for this season. This will be a very close game either way but I actually believe the Steelers will come through down the stretch to win this one 27-24 to give their season some new life.