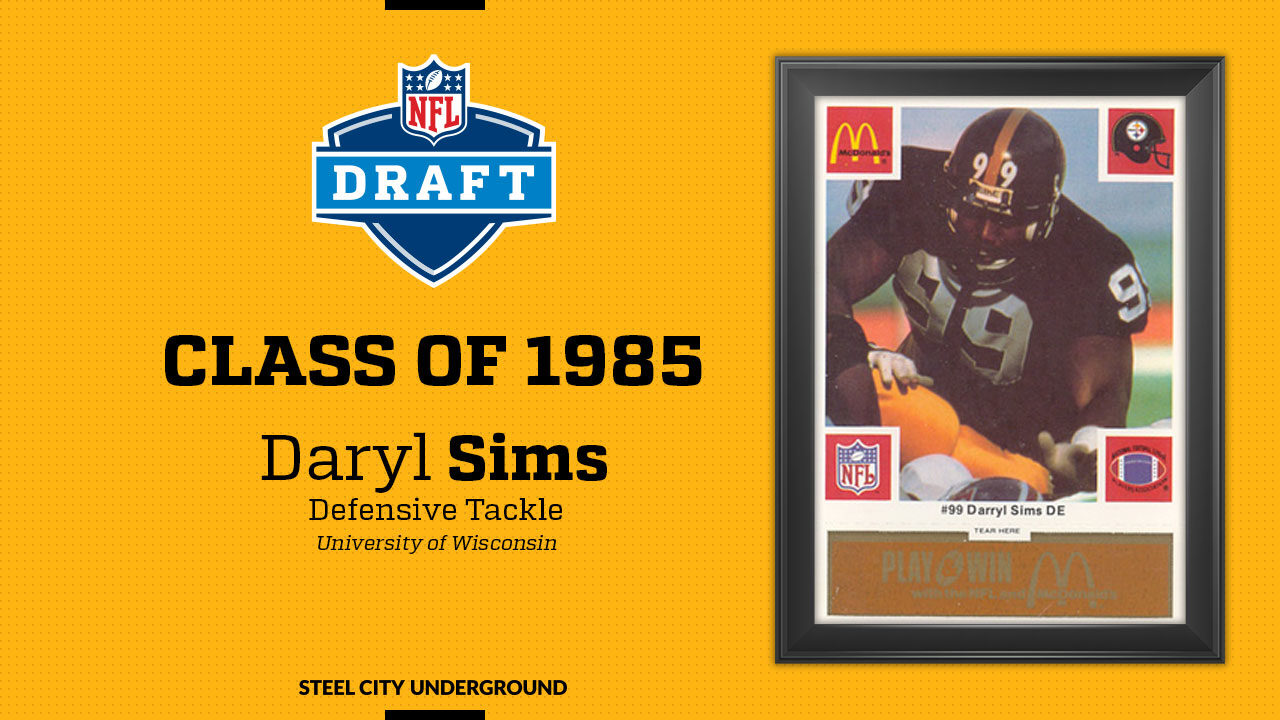 With the 2022 NFL Draft one week away, the Pittsburgh Steelers are set to pick with the 20th overall selection in the first round.

To find the last time the Steelers drafted 20th overall in the NFL Draft, you’d have to go all the way back to 1985.

The 1985 Draft, like many, had its share of first-round superstars, including several Hall of Famers. The Buffalo Bills drafted Bruce Smith with the first overall pick, Chris Doleman went to the Minnesota Vikings fourth-overall, and Jerry Rice landed with the San Francisco 49ers at pick 16.

All but Perry would be taken before the Steelers were on the clock, selecting defensive end/nose tackle Darryl Sims.

Sims, born in North Carolina in 1961, attended the University of Wisconsin where he was a two-time All-Big Ten player during his college career.

Unfortunately, Sims did not have a long career with the Steelers: or in the NFL. His first two seasons were spent with the Steelers before playing his final two with the Cleveland Browns. He would appear in 58 games over his four-year pro career, but would never start a game for Pittsburgh, and only 10 for Cleveland.

Tackles were not officially recorded until 1994, so there are not many statistics on Sims’ career in the NFL besides one fumble recovery and three total sacks.

Sims made his way to the University of Wisconsin-Oshkosh in 1998 in a variety of coaching positions. He took over as the Director of Athletics in 2010 and has been there ever since. According to Wikipedia:

Darryl now works for the University of Wisconsin-Oshkosh as the Athletics Director. Sims continued his education for a bachelor’s degree in Speech Communication in 2003, and a master’s degree in Educational Leadership in 2005.

Pittsburgh would go on to select a total of 13 players in the 1985 NFL Draft, which at the time lasted 12 rounds. Following Sims’ selection 20th overall, they would also draft Mark Behning, Liffort Hobley, Dan Turk, Cam Jacobs, and Greg Carr.

Turk, a center who was Sims’ teammate at Wisconsin, had the longest career of Pittsburgh’s draft class, playing 15 seasons in the league (but only two for the Steelers).

The other notable pick from ’85, eighth-round selection and punter, Harry Newsome, spent five seasons with the Steelers and four with the Vikings.