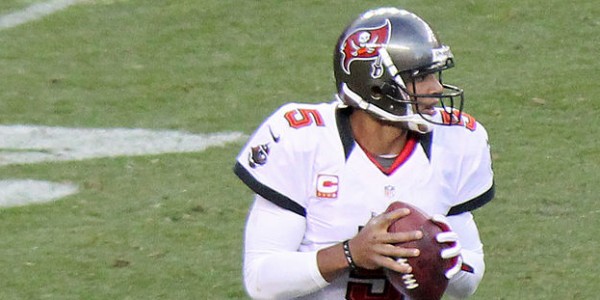 Could Josh Freeman Land In Pittsburgh?

Josh Freeman appears to be the best free agent quarterback still on the market. Analysts are beginning to question whether his football career is over. No one is linking him to the Pittsburgh Steelers, nor am I suggested the two sides have had talks. However, would signing Freeman make sense for the Steelers?

My answer is yes!

2013 was an anomaly in Ben Roethlisberger’s career. Big Ben played all 16 games for only the second time in ten seasons. And while the offensive line and Todd Haley’s no-huddle approach kept Ben upright for much of the 2nd half of the 2013 campaign, the team is only a season removed from when the quarterback went on the shelf with an injury.

During Ben’s 2012 injuries, Byron Leftwich and Charlie Batch received the call to fill Ben’s shoes. The pedigree of both players is why I feel Freeman could have a potential suitor in Pittsburgh. Let’s examine Leftwich and Batch before coming to the Steelers:

Charlie Batch was a starter for the Detroit Lions for the better part of 1998-2001, before being released and signed by the Steelers. At the time, Batch had landed sixth all-time on the Lions passing list. His first two seasons were solid, tossing for 11 touchdowns to 6 interceptions in 1998 and 13/7 in 1999. In the next two seasons, largely due to the retirement of Barry Sanders, Batch’s interceptions rose, but the QB still averaged roughly 2,400 yards passing in each year. Batch is also credited with leading the Lions to an upset playoff game victory against the Washington Redskins.

Byron Leftwich started for the Jacksonville Jaguars from 2003 through 2006. Leftwich was injured several times and eventually was cut in favor of David Garrard. His numbers were similar to Batch’s early career, with 14/16, 15/10 and 15/5 touchdown to interception ratios, and throwing for at least 2,800 yards in his first two seasons. Leftwich’s production dropped due to injury and he bounced around the NFL before settling in with the Steelers in 2010, as insurance for Charlie Batch, who would start the first four games on the season in place of a suspended Roethlisberger.

When considering the Batch and Leftwich’s prior starting experience in the NFL, Josh Freeman appears to be a similar fit in a backup role behind Big Ben. Freeman and Roethlisberger are roughly the same size quarterback, as opposed to current backups Bruce Gradkowski and Landry Jones who are a few inches shorter and each 20 pounds lighter than the aforementioned.

Like Batch and Leftwich, Freeman was also a higher round draft pick. Freeman is also a season removed from throwing for over 4,000 yards, with over 300 completions, 27 TD’s and 17 INT’s. Including his 2012 campaign with the previous two in 2010 and 2011, Freeman averaged 3,500 yards passing with 25/6 and 16/22 TD/INT ratios. While those numbers are inconsistent, durability is not, as Freeman only missed a single game during those three seasons.

Another possibility to consider is the lack of playing time current backups Gradkowski and Jones have. Gradkowski and Jones have yet to take a regular season snap in a Steeler uniform: Gradkowski has only played in four games total since 2011. Though Roethlisberger was durable for the 2013 season, history suggests the Steelers could benefit from having a seasoned backup in the wings. Freeman has the big body, big arm, and starting experience to potentially weather the storm, should Big Ben go down with an injury.

With all the signs pointing toward Freeman being a fit, will the Steelers initiate talks? And will he fit into their tight salary cap budget? Only time will tell, but I feel Freeman could be an asset to the team for years to come, much like Batch and Leftwich were before him.