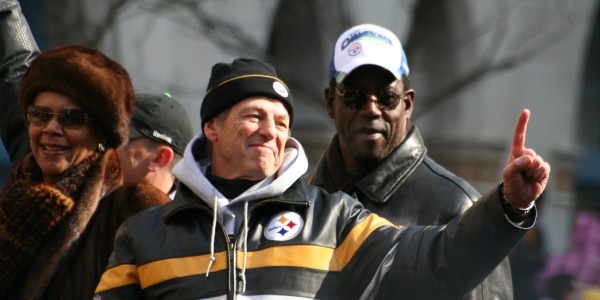 Will Steelers Move Away From 3-4 Defense?

A report surfaced yesterday, suggesting the Steelers could move away from their traditional 3-4 defense. Other reports have surfaced in past off-seasons suggesting the same changes, many times to a 4-3 defense, though much hasn’t changed through the years.

However, the Steelers have already become a hybrid defense, playing more situational football, based on last seasons lineup. Injuries quickly forced the Steelers to make up for the loss of Larry Foote in the middle of the field, as was evident by a porous center of the defense, where Troy Polamalu and Ryan Clark were often caught cheating to help their inside linebackers.

In fact, over 60% of the Steelers’ defensive snaps last year, were outside of their base 3-4 defense. Often, as with other teams, the Steelers would play with extra defensive backs, as the NFL has become a pass-driven league. The moves were also in response to the pass coverage ability of ILB Vince Williams, who was substituted often when teams would show 3, 4 and 5 wide receiver looks in their sub packages. Other changes were necessitated by injuries to Brett Keisel, where the Steelers would line up with only 2 defensive linemen (typically Cam Heyward paired with Steve McLendon or the departed Al Woods.)

In these “hybrid” packages, the Steelers found success with using William Gay in the nickel, along with other combinations either involving or including both Will Allen and Shamarko Thomas. The extra safeties proved beneficial in these schemes: review the first Cleveland Browns game in 2013 and see how the defensive backs dominated Cleveland’s offense.

I would suggest we could see more of the same for Pittsburgh in 2014. The Steelers could be defensive linemen rich or poor this season, depending on how the players pan out. McClendon and Heyward return, but outside of them, no one else has expansive experience in Lebeau’s system. Free agent signing Cam Thomas and rookies Stephon Tuitt and Daniel McCullers round out the potential depth chart, barring a free agent signing: the Steelers could roll with sub packages using only 2 DL, as they did at times in 2013.

In the secondary, Mike Mitchell is said to be as athletically gifted as Troy Polamalu and could give the Steelers more dynamic schemes from the safety position. Include Will Allen and Shamarko Thomas for another blitzing DB. Will Gay excelled covering the slot, and Ike Taylor and Cortez Allen will again hold down their corner posts.

While this is all good news, I’ve only established that Pittsburgh could run a 2-4, but there’s also a chance they could utilize an additional linebacker in their schemes. First round pick Ryan Shazier reportedly has the ability to play a safety role on the field. As seen last year in a handful of instances, Jarvis Jones and Jason Worilds also “stacked” up with the departed Lamarr Woodley, in an attempt to create mismatches by overloading one side of the field. With Jones, Worilds, Shazier, Vince Williams, the returning Lawrence Timmons, plus draftee Jordan Zumwalt, free agent signing Arthur Moats and other incumbents Chris Carter, Terrence Williams and speedy, recovering Sean Spence, the Steelers have an overabundance of linebacker talent, and may have to find creative ways to get them on the field.

Regardless of what you call the system in place, the Steelers appear to have more positives than negatives on the defensive side of the ball. Through free agency and a solid draft, what was once deemed an “old and slow” defense by Warren Sapp, now has an influx of youth, speed and talent: all “problems” any NFL team would be happy to have.