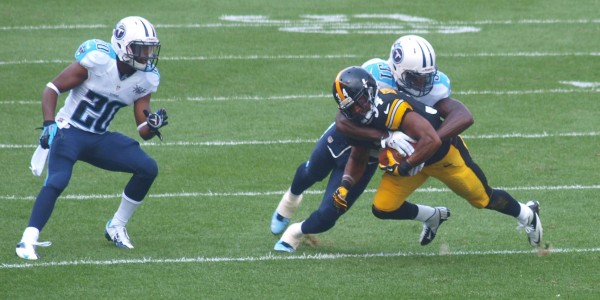 Does Todd Haley Finally Have His “Comet” in Dri Archer?

Many Steeler fans were scratching their head after day 2 of this year’s NFL Draft: Dri Archer? Who is he? Why did we select him?

The third round pick made waves, as many analysts pegged the Steelers’ draft needs to a CB and WR. By the end of day 2, Pittsburgh hadn’t selected a player for either position.

Fans started to give management heat, seemingly after loving the first two selections, Ryan Shazier and Stephon Tuitt. In my opinion, it was just a matter of when, not if, a RB selection would happen.

The Steelers cleared out their previous inventory of backs, and would need at least one RB on the depth chart to help spell either Le’Veon Bell or LeGarrette Blount. It was also apparent the Steelers were without a kick returner, as previously rostered backs, Jonathan Dwyer and Felix Jones, were no longer with the team. I’m also sure the club wants to protect their investment in WR Antonio Brown, who has was entrenched as the punt returner for several seasons. Selecting a player that could replace Brown’s return duties would keep their Pro Bowler out of the line of fire.

Enter Dri Archer, who recorded the fastest 40 time at the draft this year. Many fans and analysts questioned the move based on Archer’s size (5′ 8″, 174 lbs.) however, I recognized right away that Archer is a player the Steelers, specifically Todd Haley, has coveted for years.

Rewind to 2012, when the Steelers made  Todd Haley their  new offensive coordinator. The backfield in 2012 was made up of Rashard Mendenhall, Isaac Redman, Dwyer, and Baron Batch. None of these players resembled, what I call in this article’s headline, “Haley’s Comet.”

It appeared Todd Haley was searching for a change-of-pace back, and the Steelers responded by drafting, the small (5’9″, 180 lbs.) and speedy Chris Rainey. Rainey had limited touches in the backfield and ultimately crashed and burned before being released after one season in the Steel City.

The following off-season, after the failed Rainey experiment, the Steelers brought in another smaller back : LaRod Stephens-Howling. Standing 5’7″ and weighing 185 lbs., LSH closely resembled one of tackle Mike Adam’s legs, rather the prototypical “ground and pound” backs fans have sought since Jerome Bettis retired.

After a strong preseason, LHS was poised to get a healthy amount of carries in the Steelers offense, receiving the first official carry of the 2013 opener, despite Redman being named the starter. Stephens-Howling carried the ball 5 more times before tearing his ACL mid-way through the third quarter, which cost him both his season and tenure in Pittsburgh.

With two small backs down in two years, Haley went on the search again. He now inherits his third speedster, in as many years as OC, with Archer. If Archer proves to be a healthy and viable option in the backfield, it will be interesting to see if, when, and how often, Dri gets touches.

With the Steelers finding their groove late last season in the no huddle offense, and reports leading to Haley making it a focus of this season’s attack, look for Archer to find himself motioned wide, in a manner similar with how Bell was used last season. Paired with other burners such as Antonio Brown and Markus Wheaton, we could see an offense that more resembles the “Greatest Show on Turf” in terms of quick weapons: bubble screens and bunch formations have been a staple of Haley’s passing game.

The possibilities are seemingly endless, as the offense could create a number of mismatches with opponents; perhaps Archer will finally become the “comet” Haley has wanted all along.