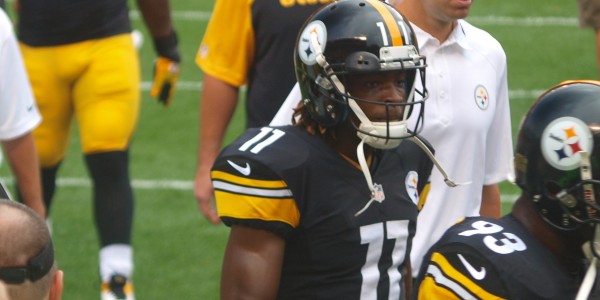 State of the Steelers: Wide Receivers

Entering the 2013 season, the Steelers had a lot of uncertainty at the WR position. Did the team make the right move in securing a long term contract with Antonio Brown over Mike Wallace? How would Wallace’s departure affect the passing game? Would they bring back Emmanuel Sanders? Does Plaxico Burress have another year left in him?

Seemingly, many questions are left open heading into the 2014 training camp. Here is a quick look at the 2013 numbers for receivers:

Heading into 2014, we do have several answers…

Brown quickly made Steeler fans forget the name Mike Wallace. Brown had a Pro Bowl season with 110 catches and was one yard short of reaching 1,500 in receiving. He also became the first player in NFL history to record a catch in every game of the regular season.

Brown is also a dynamic punt returner, and nearly saved the day with last second heroics against the Miami Dolphins, stepping an inch out of bounds on the game’s last play. It will be intriguing to see if the team continues to use their top receiver on special teams, a position where he could risk injury.

Moore comes to the Steel City via The Big Easy, where he was previously a member of the New Orleans Saints pass happy attack, lead by Drew Brees. Moore is expected to takeover Jericho Cotchery’s slot position, which netted the latter 46 catches and 10 touchdowns last season. Here is a comparison of Moore’s last four seasons, as he struggled with injuries in 2013, missing 3 games (and subsequently losing his job to rookie Kenny Stills.)

If Moore returns to form, he should easily equal, if not surpass, Cotchery’s numbers, and give Ben Roethlisberger another security blanket on crucial downs.

Another consistent cog in the machine, Miller enters his 10th NFL season. A veteran and leader on the team, Miller’s status with the team was uncertain in 2014, after suffering an ACL and MCL tear in his knee to end his 2013 season. As a result, Miller’s targets dropped last season, but with the cobwebs knocked off and a full off-season to workout with the team, look for #83 to bounce back to his 2012 Pro Bowl form.

Matt Spaeth, David Paulson and 2014 7th round pick Rob Blanchflower are the remaining TE’s. Spaeth and Paulson combined for 7 grabs and 1 TD in 2013.

The biggest question mark on the team may also help to be their greatest strength. A number of players are vying for the final WR slots on the roster, with the biggest opportunity being that of departed Emmanuel Sanders’ WR2 position. The leading candidate to start opposite of Antonio Brown is last year’s 3rd round draft choice, Markus Wheaton.

Wheaton saw limited time on the field in 2013, plagued by two injuries (one after the other) that kept him sidelined. Regardless, the Steelers have enough faith in the speedster to give him a look at the starting job.

At Clemson, Bryant played opposite the top receiver selected in the draft, Sammy Watkins, and is considered by many to be a sleeper pick. He also brings his large 6’4″ 200lbs. frame to Pittsburgh, potentially giving Big Ben his first tall target in years.

Heyward-Bey is a former first round pick of the Oakland Raiders and another burner, recording a 4.3 40 yard dash in the 2009 NFL Combine.

Whether either of these players surpasses Wheaton is apparently up to #11 and his ability to learn the playbook and stay on the field. If not, look for veteran Heyward-Bey to get reps, working Bryant into the system gently.

The other camp bodies, Derek Moye and Justin Brown, both made the roster last year. Moye saw a number of snaps in 4 and 5 WR sets, while Brown was a practice team player.

Overall, even with the loss of Sanders and Cotchery, the Steelers may improve at the receiver position in 2014, especially if Wheaton, DHB or Bryant can takeover immediately for Sanders. The largest concern, however, will be at the TE position, where outside of Heath Miller, the Steelers have no proven pass catcher at a position that is revolutionizing NFL passing attacks.