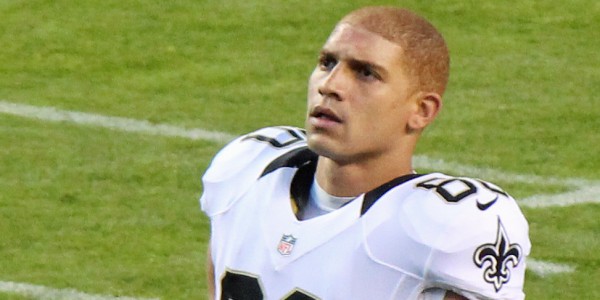 The Dangers of Paying For Performance

On the heels of an independent arbiter ruling that Jimmy Graham is a tight end and not a wide receiver, the topic of discussion has been whether players should be paid for their individual performance. I would argue they already are.

NFL athletes are largely paid on what they offer a team for future performance, or at least that’s how it should be. While players can boost their free agency stock by having great “contract” years, it’s also true that teams should look ahead as to what said player can offer their team for seasons to come.

The calculations are seldom precise, as a highly touted free agent or rookie may not live up to the numbers attached to their contract. Likewise, late round draftees or veteran minimum signees may see an explosion in their productivity; these players want star money for star performance, a top reason for off-season contract holdouts.

Jimmy Graham, however, is a case study. A special athlete in his own rite, the Saints franchise tagged him at his natural position, tight end. The tag will pay Graham an average of the top five salaries at his position. This started the argument as to whether Graham, who lines up all over the field, is utilized as a wide receiver: a position in which the top five salaries would average out to several million dollars more.

Also consider the premise of a franchise tag is for a team to have the ability to retain their players for additional seasons. The idea is to fairly compensate a player, based on pay scales for similar players throughout the league. The best way to make the comparisons is by position, after all, who would compare a kicker to a linebacker or a center?

Ultimately, the arbiter found Graham to be a tight end, which locks him into a position paying a lower amount of money. This begs the question of whether Graham, or other players, are worth more than what they are paid, if they are producing numbers that are not in line with their official “title” on the field.

However, going down the road of paying per reception or touchdown would open a can of worms the NFL would never be able to recover from. In a league where players already hold out for larger contracts, imagine a future where a RB refuses to leave the field in favor of a power runner, or a WR wants more balls thrown their direction. More demands would be made in favor of “touches” on the ball, as catches, yards and touchdowns drive each individual’s earning power.

In today’s NFL, clubs are using running backs by committee for a change of pace and to keep their players healthy. Several teams, such as the Bears, operate with a number of high profile receivers. Imagine receivers Brandon Marshall and Alshon Jeffery fighting with each other, and tight end Martellus Bennett, over targets: paying by performance would hinder both individual performances and a team’s ability to win. As such, teams should pay players such as Jimmy Graham for being playmaking stars, and not by individual numbers.