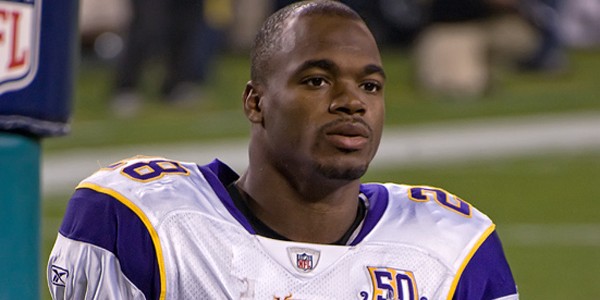 Spoiler alert: running backs are more important than ever.

I know what you’re saying to yourself right about now: “how can that be?”

Make no mistake about it, the workhorse back is all but gone in 2014. An exception may be made for Adrian Peterson, however his main counterparts, Marshawn Lynch and LeSean McCoy, may have less touches this upcoming season. The Seattle Seahawks are discussing a running back by committee approach with “Beast Mode.” Likewise, the Eagles have brought in Darren Sproles to compliment “Shady” McCoy.

Okay, so you’re still asking why backs are important. The reason is simple: you need more than one. With nearly all teams employing a committee approach, teams are seeking 2 and 3 RB’s that can help their team win, either as a change of pace, or as trusty backup in case your #1 option goes down to injury.

Among teams who benefited when their primary runner went down last season were the Panthers with DeAngelo Williams and Jonathan Stewart, the Bills with CJ Spiller and Fred Jackson, and the Texans with Arian Foster and Ben Tate. Beside the Eagles, the Oakland Raiders have also added an extra back in Maurice Jones-Drew, complimenting oft-injured Darren McFadden.

Not to be outdone, this website’s team of choice, the Pittsburgh Steelers, signed LeGarrette Blount to spell Le’Veon Bell, as well as taking the 2014 draft’s fastest player, RB Dri Archer, in the third round. The trio looks to improve upon what was an anemic ground attack, that is, until Bell shook an early season injury bug himself.

As for the decreased pay scale in running backs, as teams distribute touches to multiple players, each individuals’ work load decreases. The decreased single performances correlate directly to lower salaries… and lower salaries help teams, such as the Steelers, sign quality options like Blount, which could improve rosters around the league.

Also, the lower amount of touches should help to keep players healthier, longer. This is in stark contrast to the “crash and burn” mentality of seasons passed, which loaded backs with hundreds of touches, shortening career longevity at the position. Despite the NFL becoming an arms race in the passing game, a team with fresh sets of legs in the backfield can lean on their running backs to eat up clock and close out tight games. A fresh back capable of gaining ground in short yardage situations is equally valuable.

It’s in this respect that I feel running backs are not de-emphasized, rather, they are more important than ever.