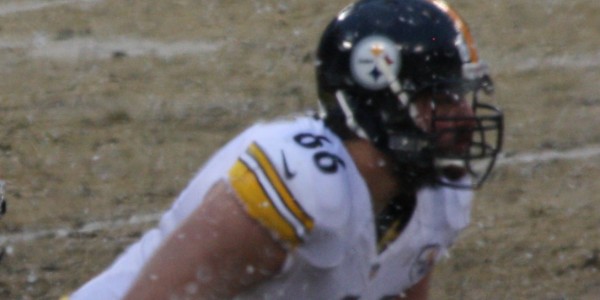 State of the Steelers: Offensive Line

For several years the Steelers have boasted about having an improved offensive line. The club, and fans alike, hope 2014 is the fulfillment of the prophecy. Today we take a look at the offensive line, a unit charged with protecting the passer and pushing the pile.

Over the last two seasons, the offensive line has had a revolving door of players cycle through every spot on the line. It seems as if every player has had a war with the injury bug, and the maligned problems boiled over to other aspects of the team. But after two long, hard seasons, the black and gold may not only field one of the youngest, but also one of the most experienced offensive lines in football.

Here is a quick peek at the “tale of the tape” of the Pittsburgh linemen:

The centerpiece of the line, center Maurkice Pouncey, was recently rewarded with a contract that made him the highest paid center in the NFL. This is after his 2013 campaign ended in the first quarter of the season opener. Otherwise when healthy, Pouncey is a former 3 time Pro Bowl player, and certainly one of the games best centers.

Returning to the team for another season is Cody Wallace, a veteran player who was typically inactive on game days, but found himself thrust into action after Pouncey’s backup, Fernando Velasco, fell to injury himself. Wallace started the final 4 games of the season, and provides much needed versatility with his ability to also play guard.

Ramon Foster and David DeCastro figure to be the starting guards. Foster is the elder statesman of the offensive line and provided much needed stability, starting 15 games last season. DeCastro also started 15 games after being lost for much of the 2012 season; at times he has shown flashes of being a Pro Bowl caliber player.

Fifth round selection Wesley Johnson, who can play anywhere on the line, will likely backup both players.

A number of other camp bodies (David Snow, Bryant Browning and Chris Hubbard) will compete with Johnson for a backup spot and seek to make the team, most likely as practice squad players.

Former 2nd round pick Mike Adams finds himself in a position battle over the right tackle position with 4th year pro Marcus Gilbert. In 2013, Adams was penciled in for a move to left tackle, out of his college position on the right. After struggling, he was benched in favor of 2012 7th round surprise Kelvin Beachum. Beachum won the job, starting 12 games at LT, despite being one of the smallest left tackles in the game.

Nine-year journeyman Guy Whimper, a surprise fill-in himself, was brought back for 2014 and will provide depth behind Beachum and Adams.

The biggest move during the off-season may not be on the roster: the Steelers signed former Tennessee Titans head coach Mike Munchak as their new offensive line coach. Munchak brings a buzz to the ‘Burgh as a former 10 time All-Pro and Hall of Fame offensive guard. His pedigree is second-to-none, having played 12 years in the NFL and then coaching with the Oilers/Titans for nearly 20 years. The expectation is that Munchak can bring up the rear on what has been an oft-injured and under-performing offensive line.

With Beachum, Foster, Pouncey, DeCastro and Gilbert penciled in as the starting linemen, and Wallace, Adams and Whimper as the immediate backups, the Steelers look poised to make an impact with their offensive line. Though young, the players have had to learn their jobs on the fly, and provide a lot of experience due to the situations they were thrown into. However, let’s cross our fingers they won’t have to be put into the same situation for 2014.