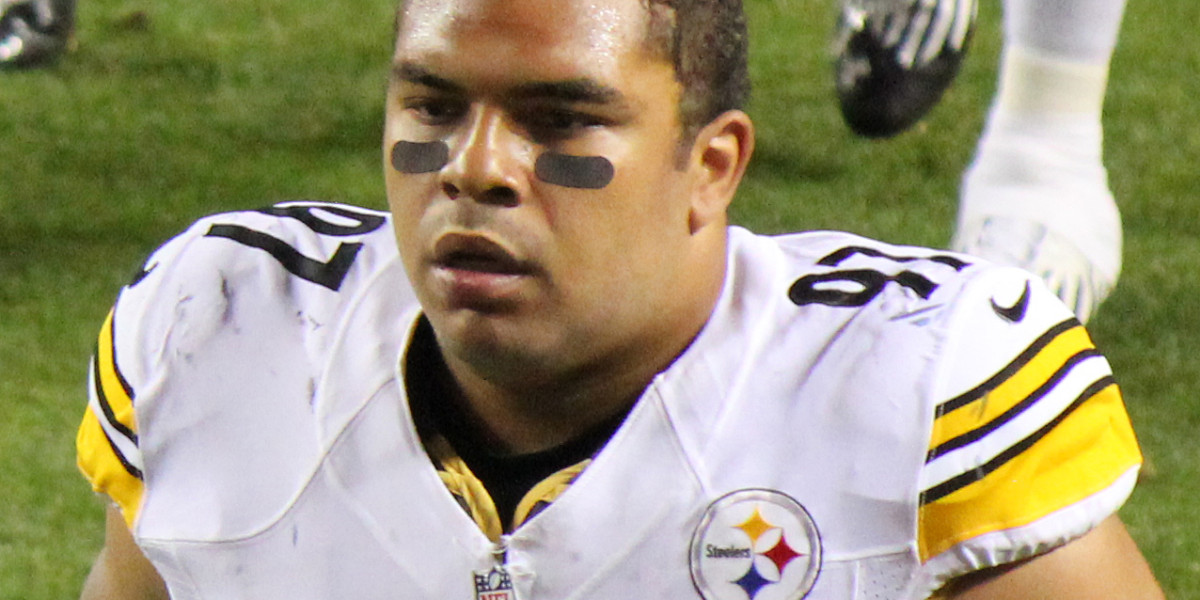 State of the Steelers: Defensive Line

The day of Aaron Smith, Casey Hampton and Brett Keisel anchoring the front seven of the Steelers’ defense are a distant memory. A new group of linemen will look to fill the large hole left by their predecessors.

Steve McLendon and Cameron Heyward, are the only remaining linemen from the 2013 lineup. Both were starters, and in theory, only one spot on the line needs replaced: the position vacated by Brett Keisel. Other linemen departing the team include former first round pick Ziggy Hood, and Al Woods, who rotated time with the practice squad.

McClendon is an interesting study; an undrafted player who was waived multiple times by Pittsburgh, but kept fighting his way back onto the team. The Packers and Patriots both showed interest in #90 prior to the 2013 season. The Steelers took action, signing the then restricted free agent to a long term deal.

McClendon will anchor the center of the defense, playing nose tackle. He admittedly felt he was undersized and overpowered last season; McClendon addressed the issue during the off-season by adding lean mass to his frame, which should help him keep larger-sized offensive linemen in check.

During the slow start to the 2013 season, Ziggy Hood found himself benched as the Steelers shifted personnel to spark their defensive efforts. Hood was largely considered a bust, but this game another former first round pick a long-awaited opportunity to play.

Cameron Heyward didn’t disappoint, having a breakout season where he played in 16 games, 13 as a starter. Heyward tied for second-best on the team with 5 sacks, and also recorded 35 tackles: 15 more than Brett Keisel and Lamarr Woodley.

The Steelers wisely picked up the fifth year option on Heyward for next season, giving the team an additional two seasons to see if the DE will continue his rise, and possibly secure him to a long-term contract.

It’s not often I go out on a limb like this, barring any setbacks, I predict Heyward will continue to excel and will make the Pro Bowl this season.

A number of new faces will makeup the 2014 defensive line.

Looking to fill the role left at left defensive end is Cam Thomas, formerly of the San Diego Chargers. The 6’4″ 330 pounder is a swing man who can play anywhere along the line. Thomas had 20 tackles in 11 starts at nose tackle for the Chargers last season, but is expected to start at end.

Two rookies will also attempt to make an impact on the line this season. Second round draft pick Stephon Tuitt will see spot duty while learning the ropes at defensive end. Tuitt recorded 49 tackles with 9 sacks at Notre Dame last season, with a career best 13 sacks in 2012. He is penciled in as a backup to Thomas.

Sixth round pick Daniel McCullers may be the largest player in the NFL, standing 6’8″ and weighing in the neighborhood of 350 lbs. The tab on McCullers is that he is physically large, and not “sloppy” large; he is considered a project in the vein of Casey Hampton, and will likely backup McClendon at nose tackle.

A player to watch is undrafted free agent Josh Mauro,  a defensive end from Stanford. Many experts felt Mauro should’ve been selected in the draft, but somehow fell through the cracks. He could be an undrafted gem, but may face difficulty making the regular roster, as Pittsburgh only dressed 5 defensive linemen at times last season.

Practice squad players Hebron Fangupo and Brian Arnfelt will have an uphill battle in making the roster as well, with their largest contribution potentially coming from special teams play.

If any of the above players falter, Brett Keisel could still be an option to return to the Steelers.

Overall, with Heyward’s rise and McClendon filling the middle, in addition to two potential suitors taking over at left end, the defense front is primed to return to form in 2014.