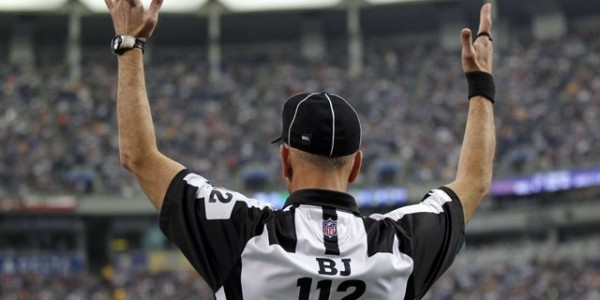 How Officiating Factors Into Games

NFL referees are focused on new rules and points of emphasis for the 2014 season. While officiating will always factor into how a game plays out, ultimately the officiating crew is the third team on the field, charged with making sure both teams play fair.

While listening to NFL Radio the other day, Pat Kirwan (whom I respect a great deal) was miffed over the points of emphasis (POE) stating the referees are changing the way the game is played, and by honing in on several rules, are all but admitting they called the game “wrong” over the years.

As a fellow referee myself, I couldn’t disagree more. The POE exists for one reason: consistency. While I’m watching preseason matches, I see many of the calls being made now instead of later. I’ll never forget leaving last year’s Miami Dolphins game feeling, for lack of better words, cheated. First and foremost, knowing firsthand the thankless job referees have, I’m also the first one to try and defend them, see how they are doing their job and what the league is telling them to do.

So why did I feel the Steelers were “cheated” in the Miami game? Well, upon further reflection, they weren’t “cheated” per se.  The problem is the other officiating crews were not in line with making the same type of calls that the Miami game officials were making. Many of those calls are now a POE for this season, like the slight movement made by center Cody Wallace that drew a flag, or the non-flag thrown when Emmanuel Sanders had his jersey grabbed, both on the final drives, with the flags effectively ending those possessions and killing momentum.

What can be done about the inconsistency? You do not want referee crews changing what they call in the middle of the season. It’s a recipe for disaster for the officials and the teams, with both needing to adjust, and likely causing even more inconsistency.  That’s why the referee teams are using the beginning of the season to focus on a set POE for all officials. They can use the preseason to “reset” and all be on the same page, much in the same ways that teams change rosters and game plans.

Rule changes are being implemented fast and early in preseason games, and officials are visiting training camps to discuss the changes with teams. There will be no excuse for players once the regular season starts, as they will have had training camp and four preseason games to work out the kinks with how the zebras call the game.

Granted, referees are still human beings and will make mistakes in the same way players will. None could be more evident than Lawrence Timmons getting bear-hugged during the Giants’ Rashad Jennings touchdown run in the first preseason game. Sometimes, things are going to get missed.

On the other hand, the Steelers were beneficiaries of many calls, such as Martavis Bryant’s attempted catch, which turned into a field-flipping pass interference call. Other calls were clearly part of the rule changes, including illegal contact and illegal use of hands.

There will always be rule changes and points of emphasis made by the league and their referees. Ultimately, it’s up to the teams to adjust and play within the rules. No one is trying to cheat anyone, and by letting everyone know the POE upfront, the changes should make for a more consistently called game from week to week.