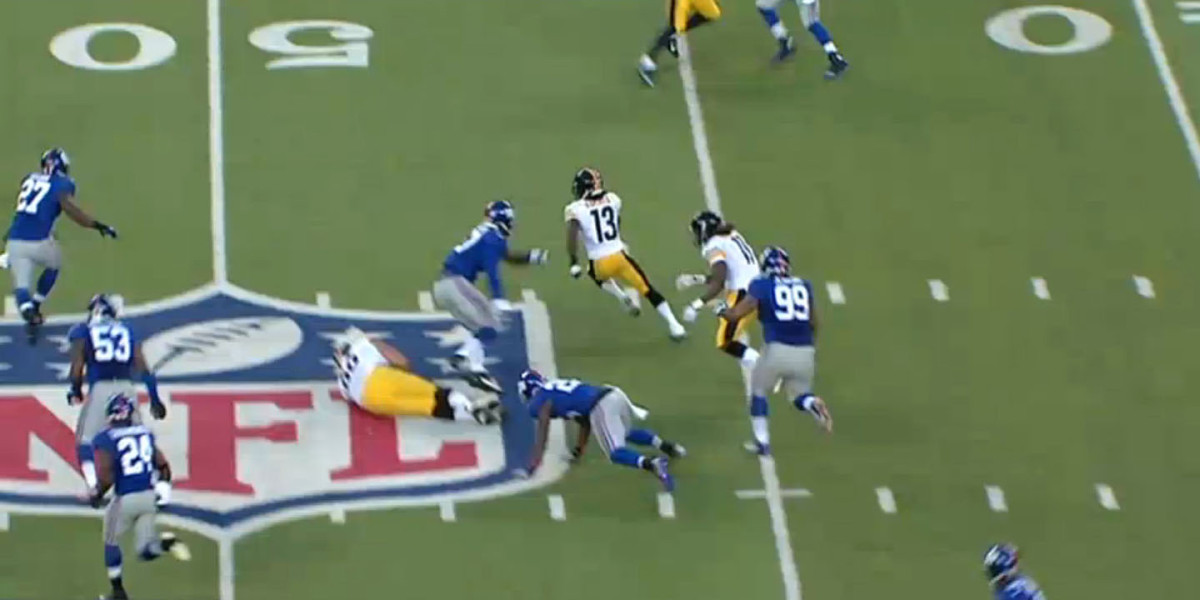 One preseason game is in the books, and we’re looking upon the first Steelers home game of the season this Saturday. While we get an appetizer of what to expect, it’s time for a second helping. Here’s what we’d like to see, see more of, or not see at all in game #2 against the Buffalo Bills.

Shazier says he’s going to play Saturday, and with good reason. Sean Spence played his first game in over two years, and was impressive. Maybe too impressive, as the coaches are praising Spence, and fans, writers and bloggers alike now feel Spence may have an opportunity to win the starting job.

Lying in the wings too is Vince Williams, who was not only pushed out of his former starting role by the drafting of Shazier, but also the return of Spence. Williams has been displaying a mean streak in practice as well as the first preseason game, showing that he too should be considered a force among the linebackers.

We’re looking for Shazier to compete with Spence and Williams, and if the rookie is as-advertised, the Steelers could be licking their chops at a deep roster rotation.

Relatively quiet in game #1, Wheaton played at various intervals throughout the game. We’re still looking for that down field play that will showcase Wheaton’s speed and ability.

Worilds can maintain what he’s always done. As long as he’s a force to be reckoned with his side of the field, he can (and will) open up opportunities for players such as the ILBs mentioned, and counterpart Jarvis Jones.

Tuitt had a nice first game. If he stays away from being penalized, the buzz on him will continue to grow.

Both players were everywhere on the field in game 1. Brown could become the next “6th round Brown” (like Antonio) to breakthrough and be a tremendous asset in the passing game. He catches nearly everything around him, and lines up on the outside and in the slot.

Archer’s big screen play against the Giants instantly validated him as a threat. Another play like this, whether a run, catch or return, will turn heads for lucky #13.

Every positive feeling coming from the first game was dismissed by the 73 yard touchdown run by Giant’s RB Rashad Jennings. The play brought back nightmares of runs by Adrian Peterson, Matt Forte and Terrelle Pryor last season. It’s time for the defense to fix the leaks and silence the critics by holding down the fort, as they did with the remaining Giants first team offense (which only gained a net 4 yards outside of the Jennings play.)

Howard Jones and Jordan Zumwalt also had good outings, with Jones creating two turnovers, one recovered and returned for a touchdown. We’d like nothing more than to see these players create even more noise on Saturday.

Bruce Gradkowski and Landry Jones left us very concerned after the first game. Their play was erratic. Any pressure on Gradkowski made him fold like a bad poker hand. Jones tried his hand at being a better pocket passer, but the offensive line did him no favors either. Jones gets cut a bit more slack, since it’s his second season in the league, however, the options behind Big Ben are shaky at best. Both QBs need this valuable time to show they can take the reins should Roethlisberger go down; something that was never a concern when Charlie Batch was with the team years ago.

Finally, the other hangover that returned from last season: poor punts. Brad Wing had several nice punts with good hangtime, but one blooper left the Giants with excellent field position and walking away with points. His average was only 36.5 yards.

He must do better or the Steelers will be forced to find another option. The defense can not be put in these situations, especially in a tight AFC North race where each team has a potential top ten defensive unit, where traditionally, each divisional game is low-scoring. One mishap could cost the Steelers a victory, as evidenced by last season, it’s something they cannot afford.