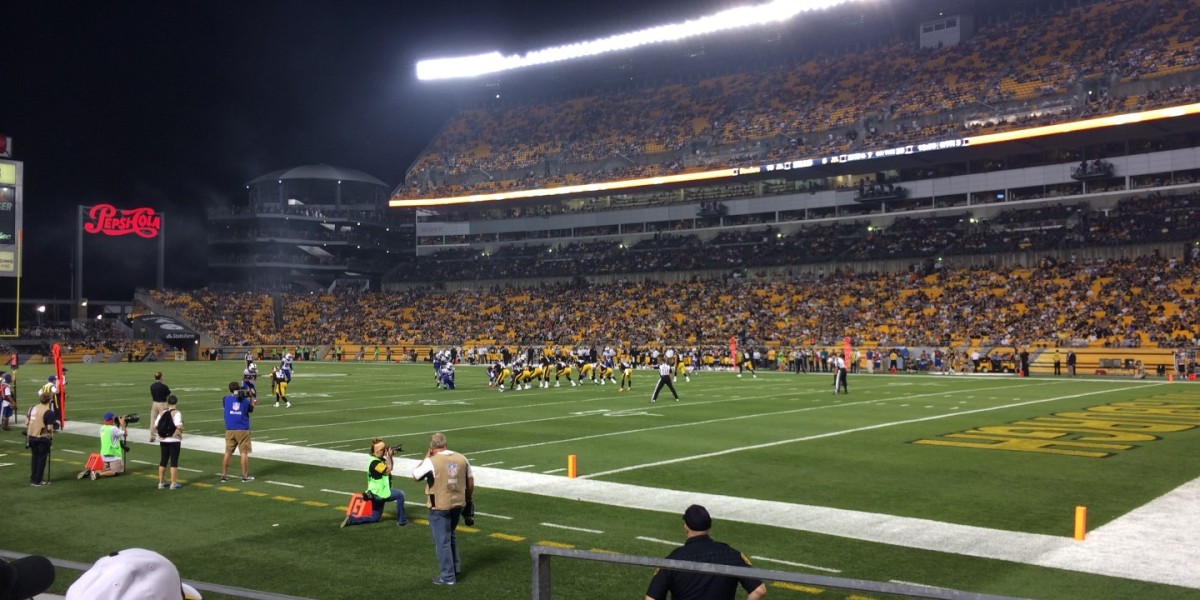 There’s something I have to get off my chest: Steelers fans are spoiled. Yes, it had to be said. I’m spoiled too, as a lot of my wish list from preseason game numero dos was fulfilled, but even so, there’s always room for improvement and growth on any football club.

With the 3rd preseason game serving as a “dress rehersal,” where the starters are expected to get more playing time than in the other games, here is our wish list for the short week heading into Thursday Night’s match up with the Philadelphia Eagles:

As spoiled fans, I believe we all forgot how important a quality starting QB is in the NFL. Just so happens Pittsburgh has a future Hall of Famer at the helm, which makes the play of the backups look much worse. However, as is the case, there is cause for concern should Big Ben fall to the injury bug this season, as Bruce Gradkowski and Landry Jones have shown very little to make us believe they are capable of taking control of the offense, should a worst case scenario arise. For Jones, the next two preseason games could mean the difference between making the team or being released.

In every preseason we’ve seen the Steelers take a shot down field. Years ago, receivers such as Mike Wallace and Antonio Brown separated themselves from the pack, using their speed to beat receivers for deep plays. Last season, Markus Wheaton had a similar play for a touchdown, but this preseason, the Steelers haven’t taken any deep shots… yet.

The splash plays that have been impressive so far, have all come from short passes, with players such as Brown and Dri Archer using their after the catch ability to beat defenders. With the aforementioned, along with other fast WRs like Wheaton, Martavis Bryant or Darrius Heyward-Bey, I’m still looking for a bomb to be thrown.

Holy cow! Where do we start? First, my wish is to see the defense at full strength. Last weekend, we finally saw Troy Polamalu and Mike Mitchell play together. This week, I’d like to see Jason Worilds and Jarvis Jones on the field with Lawrence Timmons, Ryan Shazier, and the rest of the probable opening week starters.

We’ve already gotten a taste of what all of these players are capable of, but in fragments. Now it’s time to see more of a complete picture.

Aside from the starters, can players fighting for a roster spot such a Vic So’oto and Howard Jones, continue their onslaught on opposing defenses? If so, the Steelers could potentially have one of, if not the deepest, LB corps in the NFL.

I’ve said it once and I’ll say it again: I’m very high on second-year wideout Justin Brown, but with the poor play at QB, several of the backup receivers were unable to show us what they’re capable of. Bryant saw a significant amount of reps, but J.Brown, Derek Moye and Heyward-Bey were mostly MIA last Saturday. I’d like to see more from this crop on Thursday.

While the big play was snuffed by the defense last game, the special teams had trouble with several returns leaving teams with favorable starting position. The first kickoff to Buffalo was stopped by Shaun Suisham: while it’s good to see your kicker take out the play, it’s a sign that it was also the special teams’ last resort.

Speaking of Suisham, he missed his first extra point attempt of the preseason. I’m going to chalk that up to a new long snapper, and inexperienced holder in Brad Wing. The team should be okay come week 1, when long time LS Greg Warren is expected to return from injury.

Time is running out for many players fulfilling their dreams of playing in the NFL. The next few weeks are critical as teams begin to whittle down their rosters to make 53. Playing the uptempo Eagles should be a good indicator of where the team lies in regard to their strengths and weaknesses.

It would be nice to see the Steelers gain some yards on the ground, and the backup offensive line provide both a push for the ground game, and protection so the backup QBs can make plays.

On defense, Ryan Shazier can show if his week 2 performance will be the norm from him. The Eagles playmakers will test the defense: will they hold against big plays?

Riding the high from a final second preseason victory, the Steelers can continue the momentum and change the culture back to that of a proud, winning, franchise.