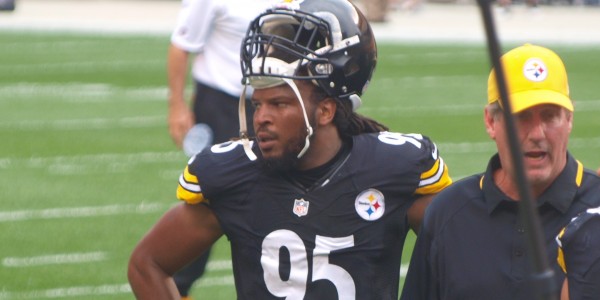 The 4th and final preseason game lived up to it’s reputation: at times it was a difficult and boring game to watch. Many of the Steelers starters did not play in this game, giving many backups and roster hopefuls a chance to make a last impression. Among those who did not play last night include starting CB Cortez Allen, LB Jason Worilds, DE Cam Heyward, SS Troy Polamalu,  C Maurkice Pouncey, TE Heath Miller, WR Antonio Brown and QB Ben Roethlisberger.

Due to a the large number of inactive players, it’s difficult to gauge exactly where the Steelers are based on this single game. The Steelers did not come away with a victory, however, there were some positives and negatives in this game. We’ll talk about those, and overall thoughts on the preseason below.

The secondary is taking a lot of criticism, but after being shell-shocked with penalties in the Philadelphia game, can you blame them for the cushion they’re giving defenders? It also goes without saying, the cushion is provided by a lot of zone coverage in Dick Lebeau’s 3-4 scheme, but even in man-to-man coverage, the slightest bit of contact was drawing flags from the zebras. The Steelers are far from the only team facing this issue this season. We’ll have to wait and see if the referees had gone overboard and will tone down the calls in the regular season, or if this will be an ongoing nuisance for defenders to get used to.

Aside from penalty calls, the secondary shows signs of promise. Mike Mitchell has looked like a younger, hard-hitting clone of Ryan Clark (though Mitchell needs to tone down his aggressiveness, with a referee emphasis on taunting this season.) Shamarko Thomas is another talent on the rise, capable of making bone-jarring hits. Will Allen provides depth at the safety position and is another veteran worth having in spot duty.

Ike Taylor and Cortez Allen have drawn their share of criticism as well. Taylor continues to display his lack of ball catching ability, while both players have made, and given up their fair share of big plays during the preseason. Taylor could be in his last season with the team, while Allen is in the last season of his contract. Behind them, William Gay is a capable starter, and Antwon Blake fills in nicely as a 4th corner. Blake is also a strong special teams contributor, and reminds me of a young Taylor; he could grow into a starting role.

The fate of Landry Jones could be sealed. Tomlin may buck his own trend and only keep 2 quarterbacks on the roster. The Steelers have been active on the waiver wire in recent years and could seek another team’s released QB. If not, Jones may clear waivers to join the practice squad. Either way, I would be surprised to see him make the 53-man cut.

Ben Roethlisberger looked sharp as ever against the Bills, and poor against the Eagles. I’ll chalk the latter up to calling off the no huddle, which caused Ben to hold onto the ball longer and force plays. He was much sharper in the 2nd half of that game, and I would expect his “poor” play to be less of the norm in the regular season.

The biggest question is what happens if Ben goes down. He played every snap last season, and it’s only the second time in his career he played all 16 games in a season. Bruce Gradkowski has had an up and down preseason, but will remain the only option behind Ben.

The deepest position on the team, I suspect the Steelers will hold onto 6 receivers: Antonio Brown, Markus Wheaton, Lance Moore, Darrius Heyward-Bey, Martavis Bryant and Justin Brown. The first 3 listed should start. Mike Tomlin came out and anointed DHB based on his special teams play. The latter three have all made some impressive catches in the preseason. Justin Brown in particular, could surprise as a former 6th round pick: his hands look like glue. And you know how we feel about Bryant, as we wrote an entire article on his upside. If the Steelers drop a QB, it’s to keep an extra one of these talented players.

And then there were four: Le’Veon Bell, LeGarrette Blount and Dri Archer are all locks to make the team. Each has their merits and will contribute during the season. Will Johnson is a role player who looked particularly sharp in last night’s game, providing a security blanket for erratic Landy Jones. Johnson will be the 4th and final back to make the 53-man squad.

Wesley Johnson got a chance to show his skills as a center. The versatile rookie can play all 5 spots on the line, securing his own spot on the team. Mike Adams is the biggest question mark, with my guess being that the Steelers have already invested enough in the former 2nd round pick to give him one more season to prove his worthiness.

The team has gone out of their way to secure other pieces of the line, which is not only young, but experienced. They will play together, provided they stay healthy, for at least the next three seasons.

Does Brett Keisel age? Number 99 looked as good as ever in last night’s game, stuffing holes and opposing running plays. Cam Thomas has been a pleasant surprise with nice stops at the line and the backfield throughout four games. Steve McLendon is getting more push, but at times still getting pushed around. Stephon Tuitt will take some time to learn and grow. Undrafted Josh Mauro gets push at the line like Keisel and will make the cut. Cameron Heyward is poised to make the Pro Bowl this season.

Last but not least, there’s plenty to be excited about, without mentioning Ryan Shazier! Jarvis Jones returned from sitting a game due to injury and looked fast and impressive. He has a nose for turnovers and his upside for year two is tremendous. Jason Worilds didn’t play, but has shown enough playmaking ability in the preseason for me to predict that 9 sacks is his floor for 2014. Lawrence Timmons is more of the same player he’s always been. Those starting four will wreck havoc on opponents.

The backups are solid in all positions. Chris Carter, while underwhelming, is still a viable backup at OLB. Arthur Moats can swing between both inside and outside, but will primarily backup on the outside. Sean Spence and Vince Williams provide even more depth. Unfortunately, this will squeeze out a few promising rookies, such as Howard Jones, from making the final cut.

Here’s hoping Greg Warren returns from injury at 100%. His steady contribution as the long snapper generally goes unnoticed. I’m more concerned with punter, as Brad Wing has held all of the duties to this point. The Steelers cut both punters at the end of the preseason last year. Shaun Suisham could use some consistency with his holder, to help keep his consistency at making field goals in check.

Due to the number of promising young talents and depth of backups at several positions, the kick and punt coverage teams should fare better than in recent years. It’s up to them (and the punter) to help put the Steelers offensive and defensive units in a position to succeed. We have yet to see what Dri Archer is capable of, but I suspect when he’s given his first real opportunity, we will (or won’t) be surprised!

How can we not be biased and think the Steelers will improve on two 8-8 seasons? The team has addressed several depth issues on both sides of the ball, and may have upgraded at other positions as well. I would suggest that even a single game improvement to 9-7 may be enough to not only make the playoffs, but possibly win the division (possibly in a tie-breaker scenario.)

With that said: Go Steelers!