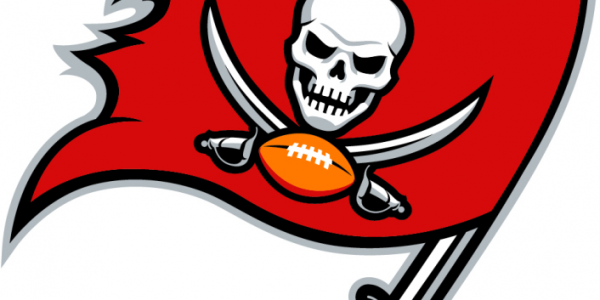 Coming off of a 37-19 victory over the Carolina Panthers, the 2-1 Pittsburgh Steelers look to improve their record against the 0-3 Tampa Bay Buccaneers. The Buccaneers travel into Pittsburgh after an embarrassing loss 56-14 loss to their own division rival, the Atlanta Falcons. Will Pittsburgh’s well-oiled machine travel back home with them? Will the Bucs have a chip on their shoulder after last game’s loss?

Here is our preview for Sunday’s match up:

It took 8 quarters of football, but the Steelers offense finally found the endzone. A number of factors played into the drought, including self-defeating penalties and crippling turnovers, so it was never a question of “if,” rather a question of “when” the offense would score a touchdown. Ben Roethlisberger came into week 3 as the AFC’s leader in passing yards, but left the week sitting at #3 in the conference and 7th in the league.

The offense leaned heavily on the running game, anchored by the team’s first pair of 100 yard rushers since 1986. The success of both Le’Veon Bell and LeGarrette Blount came as a pleasant surprise, as Carolina boasted one of the NFL’s top run defenses.

The run game can thank an offensive line that gelled despite the absence of G Ramon Foster. Cody Wallace stepped in at LG and the line didn’t miss a beat.

While yards were diminished in the passing game, Antonio Brown still found a way to catch all of his team high 10 targets. His performance on Sunday brings him 2 games closer to an NFL record with 5 catches or more in consecutive games. Brown’s streak currently rests at 19 games.

Markus Wheaton nearly had a touchdown catch against the Panthers and continues to excel in the offense, adding 4 catches, as did Heath Miller, who also snagged 4. WR Lance Moore suited up for the first time this season, but did not have a target. Moore is slowly being eased back onto the field, with Justin Brown (who had 2 catches) sharing snaps.

Tampa’s offense has struggled through 3 games, partially due to a myriad of injuries. It’s still unknown if Josh McCown, who has a strained ligament in his thumb, will get the start on Sunday. If McCown is down, the nod will go to Mike Glennon, who struggled against the Atlanta Falcons in their last game.

Tampa has multiple receiving threats with WRs Vincent Jackson and Mike Evans, plus TE Austin Seferian-Jenkins. However, their passing attack ranks next-to-last in the NFL; Evans has 13 catches in 3 games, and Seferian-Jenkins only has a single grab.

The Bucs will also look to re-establish RB Doug Martin, who has also stalled early this season due to injury. Martin’s backup Bobby Rainey has a respectable 5.3 yards per carry average, but the problem has come with scoring, as McCown has the team’s rushing touchdowns to date.

Pittsburgh’s defense came through against Carolina and looked like the force they should be this season. Through the first 2 games, the team avoided any nasty injuries, but took several blows in the 3rd game, where sack leader Jarvis Jones is lost for a minimum of 8 weeks, and CB Ike Taylor might be lost for the remainder of the season with a broken forearm. In addition, ILB Ryan Shazier aggravated a knee injury and will be on the shelf for an undetermined amount of time.

Mike Tomlin referred to the players filling in as the “next man up” and each stepped in admirably during the Panthers game. Taylor was spelled by a combination of William Gay and Antwan Blake. Gay has been on fire so far this year, though it’s speculated he may stay in his nickel position, as Blake remained on the outside last Sunday. Brice McCain and and B.W. Webb will also get a look.

OLB Arthur Moats came into the game for Jarvis Jones and almost instantly registered a sack. He is expected to start.

Standing in the wings is the recently resigned James Harrison, a former 5-time Pro Bowler and Defensive Player of the Year, who came out of retirement to provide depth at the position. Harrison is being brought up to speed with the Steelers defensive schemes, but already has a knowledge of coordinator Dick LeBeau’s system. It’s unknown what type of football shape Harrison is in, but all indications point to #92 being active on game day.

Sean Spence will replace Shazier on the inside. Spence may know more about the defense than Shazier, despite his lack of playing time due to a horrific injury 2 years ago that nearly ended his football career. Spence also made an impact in the Panthers game, registering 4 tackles. He will be given the opportunity to succeed and could make it difficult for Shazier to be pressed back into duty right away. Behind Spence is 2nd year player Vince Williams, who started 11 games for the Steelers in 2013.

The defense will look to take advantage of poor play by Tampa’s offense, who has given the ball away 9 times this season. Tampa is 30th overall in team yardage and 29th in points scored. If the defense is to capitalize on their momentum coming out of the Carolina game, there appears to be no better opponent than the Buccaneers.

Tampa Bay’s defense is marginally better than their offense, ranking 27th in yards and 30th in points surrendered to opposing offenses. The Bucs have a total of 4 sacks and 4 takeaways in 3 games this season. All of these numbers are favorable to a Steelers defense that is giving up an average of 2 sacks per game, while not relinquishing the ball in their last contest.

Pittsburgh’s special teams unit has been incredible so far this season. K Shaun Suisham is perfect on all 8 of his field goal tries. P Brad Wing has some decent punts this year, one which lead to a great special teams play against Carolina, which ended with a touchdown on a botched return. On the season, this group has also executed a fake punt for a first down, and baited the Panthers offside on a 4th and 4, which converted a first down penalty and turned into a touchdown plays later.

It was really difficult to find any positives with the 0-3 Buccaneers. Earlier this week, their offensive coordinator took a leave of absence from the team. Typically, a team has a chip on their shoulder, and a high sense of pride to bounce back from a bad defeat. The injury status to their starting QB (McCown) and RB (Martin) makes a rebound speculative at best.

The Steelers will be best served to continue their momentum from the previous game, and not look past Tampa, as any team can win in the NFL on any given day. This game will be more about the Steelers play, and if they don’t defeat themselves. With over 30 penalties called on the team through 3 games, as long as the Steelers don’t shoot themselves in the foot with flags and turnovers, this game could be a stepping stone toward a 3-1 record, and a vast improvement over last year’s 0-4 start.