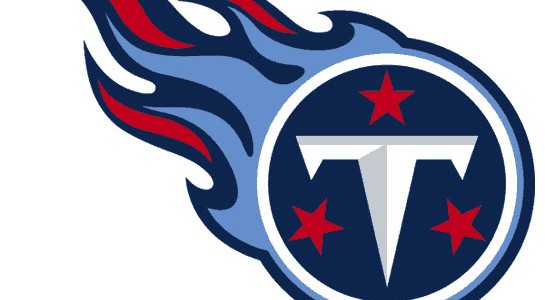 An uneasy feeling sits with Steelers fans, particularly a week after losing another game where the team appeared to outmatch their opponent in every category… at least on paper.

But that’s why they play the games, and that’s why Steeler Nation may feel even more uneasy, after waiting through Sunday’s games to see their team play. The Steelers bounced around in the AFC North standings, after the Cleveland Browns stumbled out of first place (with a loss to the Houston Texans) and the Cincinnati Bengals resurfaced in the hard-to-win-at Superdome, against the Saints.

The Steelers are primed to take advantage, and potentially put themselves in a position to lead the division. However, they were in this same spot one week ago: a mediocre opponent, on the road, with a gold opportunity ahead of them.

The task at hand won’t be easy, as the defense will be without several starters. NT Steve McLendon, LB Ryan Shazier, and SS Troy Polamalu all join the bench with previously injured CB Ike Taylor and LB Jarvis Jones, still biding their time to return. It stands to reason that the coaching staff is taking necessary precautions with all of the above, in an attempt to rest up and be as healthy as possible going into the last stretch of the season.

Several other players will need to rise to the occasion. One of those “next men up” is 6’7″ 348lbs. monster nose tackle Daniel McCullers. The beast will continue bucking a trend where rookies generally did not start in defensive coordinator Dick LeBeau’s system. After being inactive for a portion of the season, McCullers has made the most of his opportunity, plugging the middle of the line and oftentimes facing double-teams from opposing linemen, allowing other defenders to roam free. It’s a trait that has been missing since Casey Hampton left the Steelers several years ago, and the coaching staff is going to take their risks by giving McCullers his first career start, over the often disappointing Cam Thomas.

The Steelers will also rotate Vince Williams in with Sean Spence, to help fill the void that Ryan Shazier left open. Will Allen will also fill in for Polamalu, while Shamarko Thomas is expected to sit for one more game to heal a hamstring injury.

On the offensive side of the ball, I would expect the Steelers to try and establish the run once again. Some fans may find this a bit puzzling, considering the aerial display Ben Roethlisberger put on the previous weeks before the Jets dud, however, RB Le’Veon Bell comes into week 11 with the 3rd most rushing yards in the NFL. The Titans are the 4th worst rushing defense in the NFL, and of course, the old adage is “the run sets up the pass.” This is especially true of Bell’s all-purpose yards, where he is 2nd on the team in receptions with 55.

The Steelers leading WR Antonio Brown continues his record streak, as he leads the team with 79 catches for 1070 yards. Brown is on pace for over 130 receptions this season, which could go down as one of, if not the greatest output by a Steelers WR ever. (Likewise Bell is poised to have one of the biggest seasons of any Steelers RB in history.)

The Titans offense is one of the worst in the NFL, particularly 30th in scoring. Even with the amount of injuries on the defensive side of the ball, look for Pittsburgh to give Tennesse rookie QB Zach Mettenberger fits in this primetime matchup, as the signal caller may very likely be without one of his top options. TE Delanie Walker has been treated all week for a concussion and will be a game-time decision for the Titans.

The key factor in Monday’s game will be mistake-free football. The Steelers heavily benefited in previous games by forcing turnovers and limiting their own mistakes via giveaways and penalties. While the uneasy feeling is still in our gut from last week’s game, and no opponent can be taken for granted (see Broncos vs. Rams) I feel the Steelers will bounce back with a head of steam, at an opportune time going into their bye week.