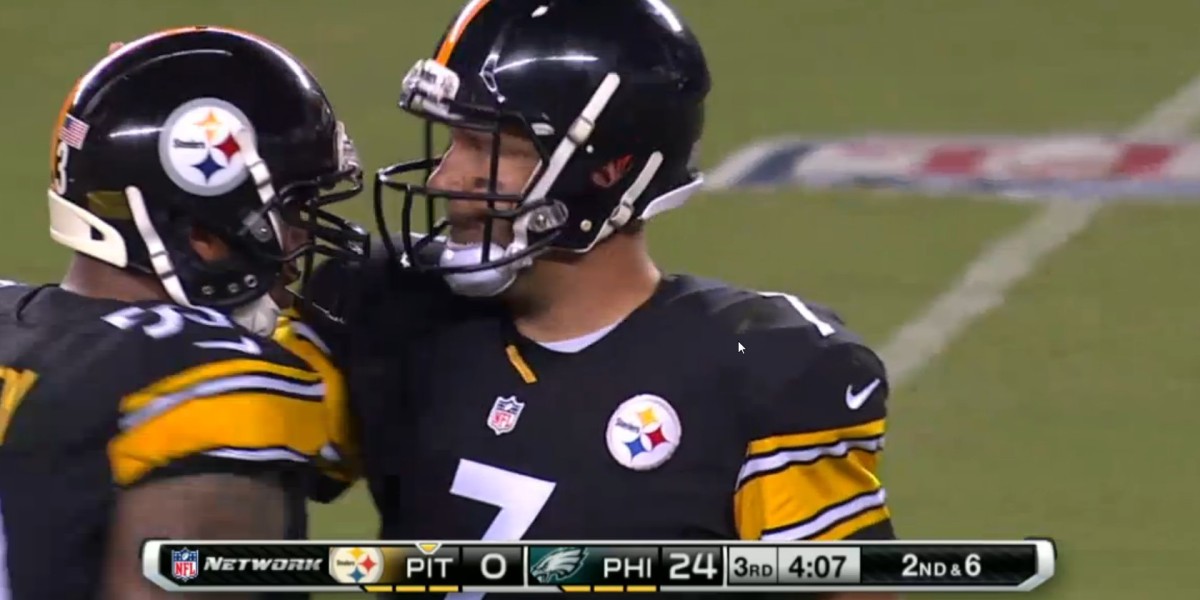 The Steelers will win the AFC North

This statement is less fantasy than it was weeks ago. With the Bengals slipping, and facing both Cleveland and Pittsburgh in the last 3 weeks, the Steelers could climb into first place and host a playoff game.

Antonio Brown‘s streak will extend into 2015

There’s no reason to believe AB will cool off, after posting 29 consecutive games with at least 5 catches and 50 yards. (Emmanuel Sanders, eat your heart out.)

Shaun Suisham will not miss another field goal this season

Also, not a stretch… but the open-end of Heinz Field is troublesome to kick into, and the Steelers final 2 games are at home. Suisham is a clutch kicker and will continue to be so, heading into the final stretch.

At least. This would leave Bryant at 10 total scores for the year. Not bad for missing the first part of the season! (And everyone was wondering who would catch the ball when Jerricho Cotchery left…)

He has more all-purpose yards than any Steelers back in history. He’s also second in receptions and receiving yards to Antonio Brown, which makes you wonder: how much more can Bell do with 3 games remaining? (Hint: he’s one of 2 RBs in NFL history to have 3 consecutive games with 200+ yards from scrimmage. The other is Walter Payton.)

7 Steelers will make the Pro Bowl

In no particular order: Ben Roethlisberger, Antonio Brown, Le’Veon Bell, Maurkice Pouncey, David DeCastro, Lawrence Timmons and Troy Polamalu. The last 4 picks may seem like surprises, but DeCastro has lead the way for Bell’s progress, Troy is a legacy pick and Timmons is long overdue.

Ike Taylor will be benched

This may be a forgone conclusion if he’s injured. If not, Ike may find himself in the Cortez Allen zone, as younger talents such as Antwon Blake and Brice McCain hold down the fort.

They already put up 42 on the Bengals the first time, so that’s not out of reach. Atlanta gives up points in gobs. Only the Kansas City Chiefs stand in the way of the law of averages: they haven’t given up 30 all season.

And our final prediction…

Steelers will host an AFC North opponent in the playoffs