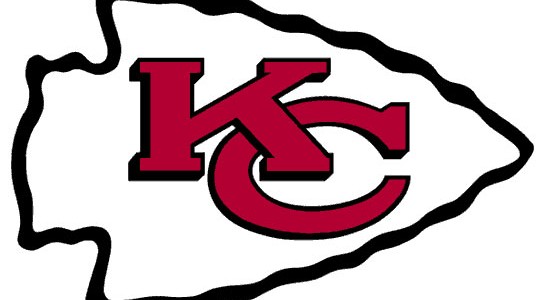 Likes and Dislikes: Steelers vs. Chiefs

The Pittsburgh Steelers are playoff bound for the first time since 2011.

In a “win and in” situation, it was the defense which rose to the occasion in what was a complete team effort on Sunday. In what has been a mixed rotation all year long, a squad without Ike Taylor and Troy Polamalu still found a way to make it’s imprint on the game.

After being on pace for a all-time franchise low, the defensive unit had 6 sacks on Chiefs QB Alex Smith, the most by the Steelers D in a game since 2012. Everyone got in on the action, with previously quiet Jason Worilds getting 2 sacks, and the ageless James Harrison and Cameron Heyward credited with 1.5. (In all fairness to Worilds, a poor call a week before negated a sack from his yearly total.) The Chiefs are lucky they weren’t sacked more as a few Alex Smith jaunts out of the pocket saved him from being taken down behind the line of scrimmage.

The defensive line looked strong, with the aforementioned Heyward, and rookie Stephon Tuitt, getting the bulk of reps. Will Allen played well in relief of Polamalu. William Gay and Antwon Blake each had big plays as well. Jarvis Jones and Ryan Shazier saw significant playing time, working back into the rotation.

For a defense that has been merely average at best (and while statistically okay on 3rd, still finding trouble getting off the field) they shutdown one of the league’s top red zone offenses with their own top red zone defense. (Yes, that’s hard to believe, when you consider how many big plays and how little pressure the team has gotten on the QB.)

The Steelers offense was efficient, with Ben Roethlisberger looking as good as ever. Big Ben spread the ball around, mostly to tried-and-true Antonio Brown and Heath Miller. Le’Veon Bell only ran for 63 yards, and had 1 reception, but was a factor in confusing the Chiefs defense. (Plus, it’s not as if his runs weren’t without purpose when it mattered most, especially on his lone touchdown of the day.)

Lost in all of the great play is the offensive line, who is playing like the unit we expected years ago. Bell’s one-yard touchdown run came behind G David DeCastro, which is becoming more a rule than an exception. T Marcus Gilbert played well in his return, while his prior replacement, T Mike Adams, made the most of playing in relief of TE Matt Spaeth, as an extra tackle and eligible receiver. (Side note: someone had joked they would never throw Adams the ball, but then again, we saw James Harrison on offense earlier this year!)

The offensive line should get much more credit than they usually do. I feel as though line coach Mike Munchak is the unsung hero, but it also helps that this unit has been able to stay on the field together for most of the season, unlike previous years where players such as C Maurkice Pouncey and DeCastro were lost for most of, if not an entire season.

In conclusion, the Steelers looked sharp. Their defense gave a push like we haven’t seen in 2 years. The team was penalized only 4 times for 40 yards; one of those on a “controversial” taunting flag on William Gay (if you can taunt a team mate, that is.) The offense didn’t turn the ball over, while the defense took one away from KC with chances at several more.

Looming this week is the regular season finale with all the marbles on the line, as the Steelers match up against the Cincinnati Bengals for the AFC North crown.