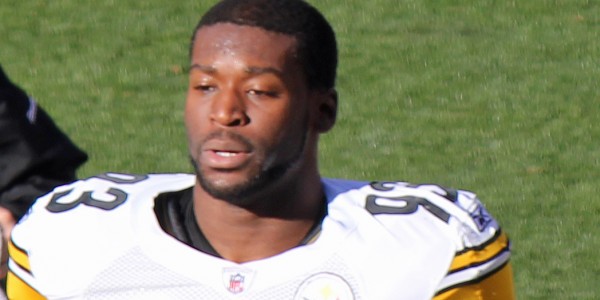 Hopefully this article isn’t premature, but today is the last day for NFL teams to franchise tag their players. For those unfamiliar, a franchise tag is a way of a team to keep a star player who is no longer under contract. By “tagging” a soon-to-be free agent, the club essentially offers a one-year contract valued at the average of the top 5 salaries of those playing the same position.

Last year, the Steelers placed a similar “transition” tag on Jason Worilds, which came to an estimated $10 million dollars in salary for the 2014 season. This year, the Steelers are rumored to not tag Worilds, allowing him to hit free agency. In an article from last year, we discussed many of the reasons why Worilds’ contract was difficult then. It’s worse now. Here’s why.

Pittsburgh has been busy restructuring and locking down deals for many of their players. Last year, the team optioned Maurkice Pouncey, Marcus Gilbert and Cortez Allen, while maneuvering space with restructures for Heath Miller, Troy Polamalu and others. This allowed the team to not only create the space needed to sign extensions with all of the aforementioned, but it also gave them room to go after free agents such as LeGarrette Blount and Mike Mitchell.

This year, the Steelers cap situation is about the same, with the team needing to make deals to play “shell game” with a lot of players money. Among those who have already restructured include previously mentioned Mitchell and Gilbert. We’re also expecting the team to make some tough decisions on high cap number players such as Troy Polamalu.

With that said, a franchise tag estimates Jason Worilds’ salary somewhere between $12-13 million. Simply put, the team cannot afford to pay him that type of money. It also goes without saying, the Steelers may not feel Worilds is worth that much money, while Worilds, does feel he’s worth that type of money. Allowing Jason to hit the market will show his value, and if the Steelers and Worilds are serious in coming to terms, the market may adjust his dollar value to a more manageable sum.

Of course, there is a risk in allowing Worilds to hit the open market, but it’s one the team has to take in order to make other deals. One of those deals is the most important for the team: a new contract for Ben Roethlisberger. Big Ben is approaching the final year of his current deal, and with the Powerball-style contracts being signed by arguably “lesser” quarterbacks (such as Matt Ryan and Matt Stafford) the Steelers and #7 will likely arrive at a king’s ransom. With this in mind, a franchise tag on Jason Worilds would cripple the team’s ability to not only show Ben the money, but keep any other talents in their camp.

Others may be quick to dismiss that Worilds isn’t a “great” player, or his absence won’t be missed. However, Worilds was 2nd on the team in sacks, and others (myself included) point out that Worilds missed out on other sacks, as many as 5 more, via personal and team penalties. Another argument is that Worilds was asked to drop in coverage more, and new defensive coordinator Kevin Butler would “unleash” Worilds. That idea boosting Worilds on-field performance is speculative at best, but the team will need depth at the OLB position, particularly players who can drop into coverage in the 3-4. Worilds fits the bill, but cheaper alternatives, such as resigning effective backup Arthur Moats, may prove to be every bit as efficient.

That said, no one knows what the future holds for Pittsburgh and Jason Worilds. I for one would like to see him return, but I will not be heartbroken if this young man gets a solid deal with another team. After all, a football career has a short window, and “Worilds Greatest” has to look out for his family and his own well-being. Regardless of his path, I wish Jason the best.