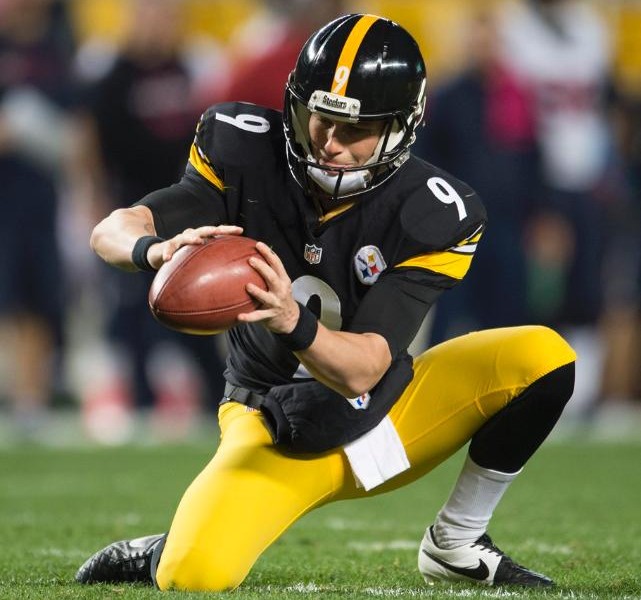 I was getting into some good debate over at the Steelers Xtreme Forum (which is undeniably more alive than my own forum) about this year’s draft, when I thought about the one glaring need I’ve been complaining about for years: a punter.

Last season, Brad Wing won the job without putting up a fight, as the veteran brought in to compete with the Aussie rules Wing, former Jaguar and Bear Adam Podlesh, never reported to camp. (Podlesh’s wife was expecting during the period and Adam remained with her to see the birth of their child.)

As we have seen over several years, the Steelers punt game has not been up to par with the rest of the league. The position has been manned by other team’s roster cuts or undrafted project players. While this isn’t necessarily a bad thing, it can be when your team burns through four punters in one season, as they did in 2013.

That’s when I pondered: what if the Steelers drafted a punter this year?

Well, I was quickly reminded of the 4th round selection of Daniel Sepulveda in 2007, and how he lasted a total of 4 seasons (mostly due to a myriad of injuries.) Sepulveda would be followed by a list a of inconsistent punters, such as Jeremy Kapinos, Matt McBriar, and Zoltan Mesko. Drew Butler, who now plays for Steelers West (Arizona) made the team in 2012, and beat out his opponent Brian Moorman the following preseason, but was released before the 2013 season opened.

That puts the Steelers’ punters on par with Cleveland Browns quarterbacks. Counting the punters who have played for the Steelers in exhibition and regular season games since the Sepulveda pick, that would make Brad Wing the 6th punter the Steelers have either tried out and/or started, since Sepulveda was released. (And that’s not counting Podlesh!)

That’s why I think the Steelers should at least consider drafting a punter. With an extra compensatory pick this year, they can go for a potential need instead of wasting the choice on a player that may not otherwise see the field. (As seen with late round drafts in previous years.)

In the AFC North alone, there are 2 quality punters in Cincinnati Kevin Huber and Baltimore’s Sam Koch. Huber made the Pro Bowl, and while Koch had an off year, he still outperformed any punter we’ve had in many years.

Huber was a 5th round selection, while Koch was taken in the 6th round.

Huber’s counterpart in the Pro Bowl was the Colts’ Pat McAfee, who was a 7th round choice. McAfee also pulls double duty, taking kickoffs for placekicker Adam Vinatieri, often effortlessly booming those kicks deep into, or beyond, the endzone.

Another big leg who was taken late in the draft is Andy Lee from San Francisco. Lee is a former 6th rounder who has gone on to become a 4-time All-Pro.

I’m sure there are more good examples I left out of this conversation, but each of the aforementioned punters are good examples of players who flip the field: something we desperately needed last year.

If you think about it, there is one game in particular where the Steelers could’ve benefited from a good punt, and potentially won, rather than lost a game, against Tampa Bay. Brad Wing shanked a 29-yard punt against the Bucs, with 40 seconds left. Tampa received the ball at the Steelers’ 46-yard line and drove the distance for the game-winning touchdown.

Despite Pittsburgh winning 11 games and the AFC North, that extra game is the difference between playing Cincinnati for the division title in the final week of the season, and having the championship locked up beforehand and resting players. Incidentally, the Bengals game is where Le’Veon Bell got injured and had to sit out the playoff game against the Ravens due the injury.

Now imagine if Bell were able to be rested or sat entirely, in what might’ve been a game with nothing at stake.

For all of these reasons, I would hope the Steelers consider a punter, whether it’s a rookie or at least a seasoned veteran who can compete for the job.