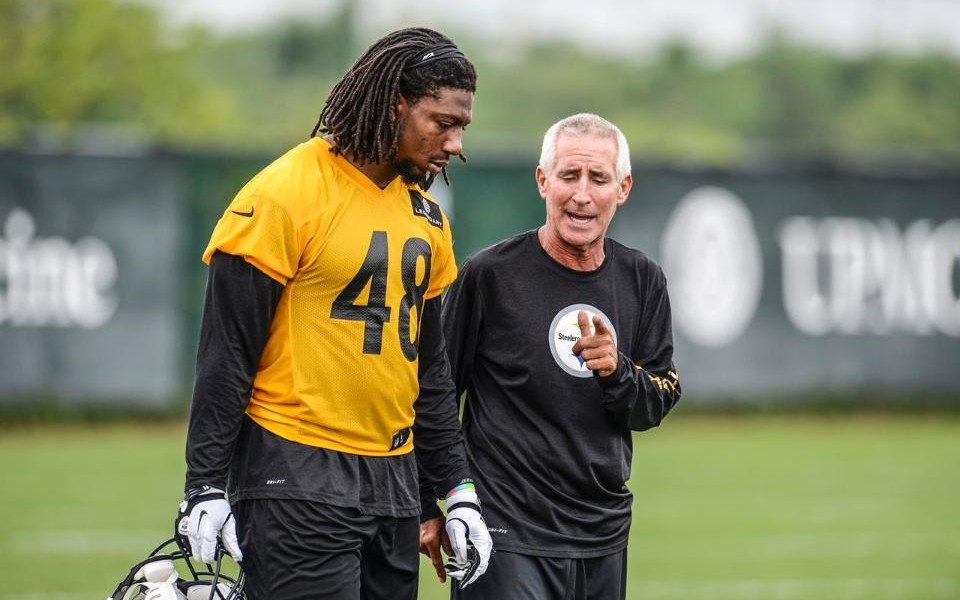 Who Are The Four Horsemen On The Steelers Defense?

Those of you who interact with me on various forums, and social media, know I’m a big pro wrestling fan too. For those that aren’t, don’t close this article yet, you won’t get lost. I promise.

In the 80’s, there was a famed pro wrestling group called the “Four Horsemen.” This stable of 4 wrestlers were the best of the best, holding every title available in the promotions where they competed. This got me thinking about the current Steelers defense: in a 3-4, the 4 Horsemen should be the linebackers. But which linebackers will rise to prominence this season as the “main” 4 guys? Here is my potential list of candidates:

Drafted in the same year Mike Tomlin took over head coaching duties, Timmons has been one constant in what has lately been an inconsistent defense. There’s no better “surefire” choice for one of the four slots in this group. The captain of the defense would be the head of the group. Finally receiving Pro Bowl and All-Pro (2nd team) honors in 2014, Timmons, in my opinion, has been vastly underrated among “top” lists in the NFL for years. While he’s never been a QB sacking machine, LT has always been a tackling monster: his 2014 combined tackles total fell one shy of his career best.

What else can you say about a 37-year-old former NFL Defensive MVP who looked ageless last year? Harrison was on the field for 43.6% of the the team’s defensive snaps, despite playing in only 11 games, after coming out of retirement. His snap count continued to climb as 2014 wore on.

By week 17, in the AFC North championship game against the Cincinnati Bengals, Harrison played in 68 of the defense’s 71 snaps. While Harrison may see a reduced role in this year’s defense, with the focus on younger players, there is no denying his leadership and the aggressiveness he brings to the playing field in both practice and games.

If Deebo were to miss the cut of 4, I could easily place him in the wrestling version’s J.J. Dillon role: a 5th wheel manager, who oftentimes helped his colleagues to victory!

Now this is where the list gets tricky. If Harrison is the older sage of the group, that means we have 3 more spots remaining, with up to 5 candidates remaining to fill them:

This year’s first round selection is the new blood of the group and could be a potential starter. Considering his accolades coming out of college (and that he achieved those stats playing for a mediocre Kentucky team) I have high hopes for this physical specimen of a player to have an immediate impact on the defense.

Whoa… not who you expected, is it?

Earlier this year, when the free agency period loomed, I hoped the Steelers would make an effort to resign Moats over Jason Worilds. For one, Worilds may have but up “so so” numbers, but he would’ve been near impossible to sign based on his potential salary cap number.

Secondly, Moats showed quite a bit for being on the field as a part-timer: he contributed 4 sacks (4th on team) with 2 forced fumbles (1st on team) and played in all 16 games. The telling statistic with Arthur’s production is his 337 defensive snaps to Worild’s team-leading 978, with both playing in all 16 games.

Jarvis Jones, who started 3 games to open the season and appeared in 7 games total due to injury, only mustered 2 sacks while struggling to stay on the field with 229 snaps. Moats could be “the man” anchoring the outside with Bud Dupree and James Harrison in a 3-man rotation. Thus, he is my 3rd choice as a horseman.

And the 4th Horseman… has to be an inside linebacker, in order to make this work in football terms. With 2 OLB’s chosen above (and James Harrison in the 5th, manager/advisor role) it would only be natural to choose the player who will stand alongside Lawrence Timmons:

The fan in me wanted to chose Vince Williams for his nastiness, or the probable day one starter, last year’s first round draft pick Ryan Shazier, but for what it’s worth, Spence has been the most valuable of the three.

After 2 seasons lost due to a horrific knee injury, Spence returned to the NFL to play in all 16 games for the Steelers, starting in 9 of them. Spence’s 742 total snaps is 3rd on the team: also good for 3rd in both defensive and special teams snaps. Only Lawrence Timmons and Jason Worilds logged more time on the defensive side of the ball, while Spence played in over 50% of the defensive and special teams plays.

Spence also recorded a forced fumble, and 37 solo tackles to Shazier’s 27 and Williams’ 29. He also had more assisted tackles than the aforementioned. As established with Lawrence Timmons’ 2 sacks, the inside linebackers do not get to the QB often. Spence had one sack compared with zero by Shazier and Williams.

Not too shabby for a player whose career was seemingly over.