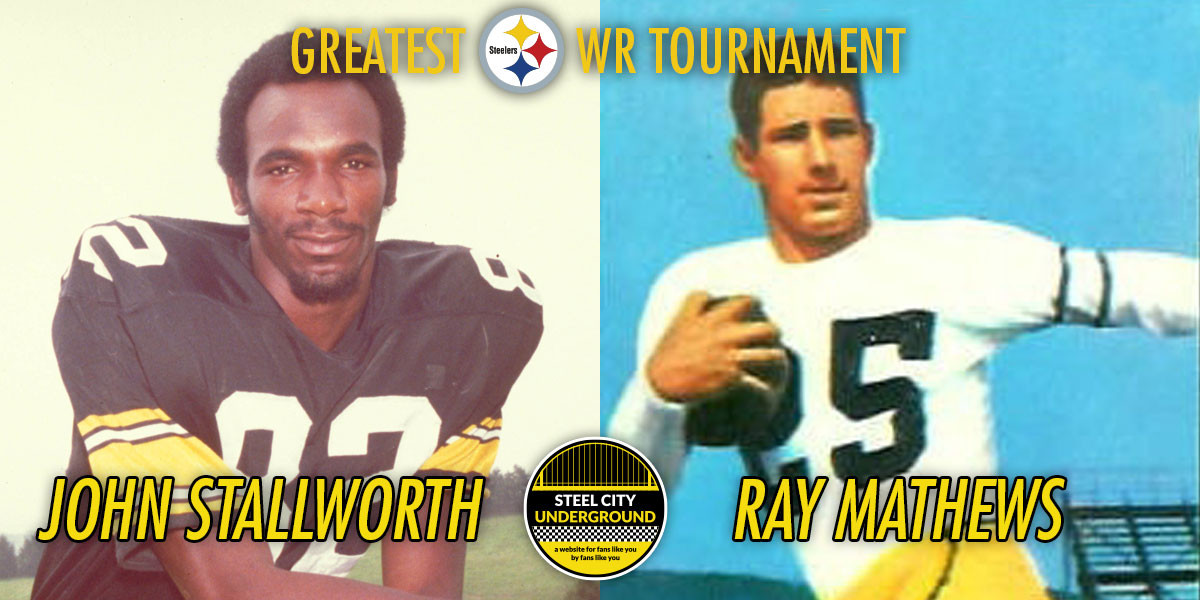 During his nine years with the Pittsburgh Steelers (1951–1959) Mathews had 230 receptions for 3,919 yards and 34 touchdowns also rushed for 1,057 yards and five touchdowns in 300 attempts during his 108 regular season games with the Steelers.