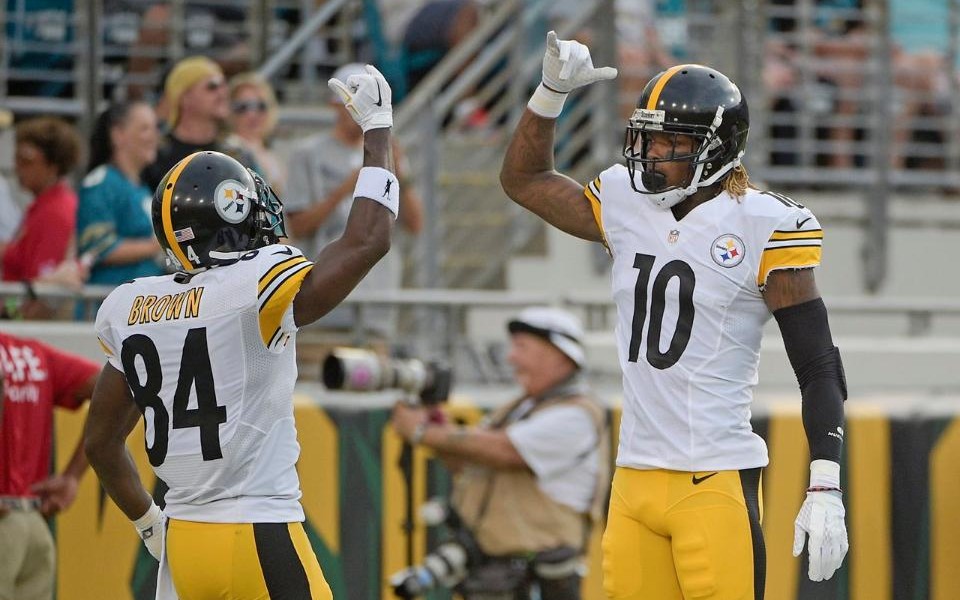 Here are our thoughts on the Steelers second preseason matchup:

The first team offense: it took Ben Roethlisberger and company only 6 plays to drive 80 yards in the game’s opening possession, when Ben found a wide-open Martavis Bryant on a 44-yard touchdown pass. The Steelers would go for a 2 and convert, when typical playground football had Ben finding Markus Wheaton on a short pass.

There wasn’t much not to like. The starting offensive line looked great, opening holes for Le’Veon Bell and DeAngelo Williams. Williams, seeing his first snaps as a Steeler, finished with 28 yards on 6 attempts. It was also business as usual for Antonio Brown. Needless to say, the offense looks great based on a single series thus far.

Garrett Hartley converted on 2 fields goals (one a 48 yarder) and his lone extra point attempt. The bar has now been set for his expectations.

And then there were the linebackers. James Harrison looks ageless, with a strip sack and 3 tackles in limited time. Several other LBs, such as Anthony Chickillo, Shayon Green, and Howard Jones made an impression on me last night. All 3 are trying to make the 53-man roster and showed something in last night’s game. Chikillo is much talked about as the 6th round rookie, but 2nd year man Howard Jones has quietly been beating his opposition and getting pressure on the QB as well. (Jones, however, did commit a block in the back penalty on special teams, which didn’t help the offense’s starting position.) It was Green who stripped the ball on a 4th quarter kickoff, forcing a turnover. With such deep competition, it’s worth keeping an eye on these three players through the rest of camp.

The backup offense. Landry Jones was ho-hum. Yes, I know the fans have their pitchforks and torches out, and some of it is merited. Jones appears to be out of rhythm with several receivers, especially those tall, fast guys like Bryant and Sammie Coates. For whatever reason, those two really had to work to catch the ball. The rest of the WR corps was also at fault, as there were catchable passes this week that were once again dropped. (Jesse James, did have a clutch catch however.)

The backup offensive line didn’t help Jones much either. On multiple instances, they failed to protect Jones, where he either had to rush passes, move in the pocket or otherwise get sacked. Lines weren’t opened for the running game to get moving either. Outside of a fourth quarter drive filled with penalties by Jacksonville, everything beyond the first team offense was stagnant.

I did keep my eye on Alejandro Villanueva, who I praised last week. Villanueva lost his man on a fire gap blitz in the 3rd quarter, and also got beat on another play resulting in a Landry Jones hurry up. But to his credit, Villanueva came back on the next series and looked flat-out mean, pancaking two different pass rushers, one of which he tossed to the side with one arm, as if they were a toy. He’s still inexperienced and raw, but the giant is certainly making his case for a spot on the team and I like what i’m seeing.

I’m not sure any of this qualifies as ugly, rather, players that are confusing me to the point where I can’t get a grasp on how they’re performing.

Ryan Shazier is out there a lot. He needs the playing time, and he lead the team with 8 tackles, but I can’t decide if it’s he or the secondary leaving the middle of the field open. Shamarko Thomas falls into the same category, and without further film study (going by memory of the game alone) he too appeared lost, but that could also be due to some else’s blown assignment. Thus are the growing pains of young, inexperienced defenders. We’ve seen this happen before with a stagnant offense in 2013 and I imagine this is how the defense will learn and grow: because the potential is certainly there.

The only real ugly part of the game was the special teams play, which I can give a mulligan to, considering most of the special teamers are players vying to make the team (and many of them will not.)